The one-room schoolhouses not only reflect the importance 19th Century Americans placed on education, but they also reflected the regions, the people, and the available resources at these school sites. While the established Eastern United States were already building brick schools, the one-room schoolhouses of the West tended to represent the materials most accessible in those areas.  Most often the arid areas of the Southwest used adobe, the prairies often used sod, and the schools with access to trees or the railroad used lumber.
Thanks to the many organizations and researchers interested in recording our past, many of these schools have been restored or at least photographed for posterity. In some areas the old schoolhouses have been restored and now serve as museums, community centers, and even tourist centers or shops. 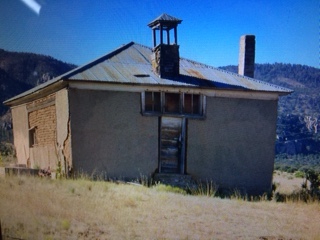 Encinoso, New Mexico, now a ghost town in Lincoln County has an old adobe schoolhouse that

has miraculously survived the weather and time. The school has not been restored but remains as it

was. Generally the land reclaims adobe structures, but this surviving building not only illustrates an

adobe school, but in its current state, it is also a history lesson on how to build an adobe structure

(still used in isolated and poor areas as homes or shops).

Unlike Encinoso, the Virginia City, Montana, school is still in use--but not as a school. Restored and modified, the old one-room schoolhouse now serves as an Artisans shop in this trendy town. It’s a beautiful log cabin that once served its children well. 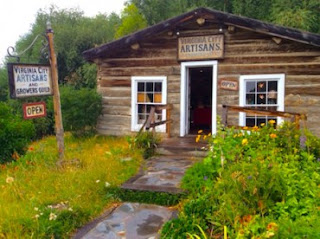 Another schoolhouse, totally different from Virginia City’s, is the Sula School House, in Montana, recently restored by the local Sula Historical Society and the Trapper Creek Job Corps. The building was sanded, painted and restored. Volunteers came from the community to help. 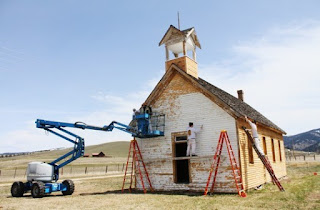 ". . .all the wood we're using came from the East Fork. . .which I'm pretty sure the schoolhouse was originally built with wood from here. People may not be able to tell the difference, but it's important to me (Bill Reed, the man spearheading the project)."  None of the volunteers minded the work--as long as it was completed by opening of duck season. http://ravallirepublic.com/news/local/article_e1aaee62-7796-11e0-aec9-001cc4c002e0.html

Unfortunately no restoration is available for sod schoolhouses. Few if any sod schoolhouses remain. Here are two photos of sod schoolhouses in Nebraska.  One is particularly interesting in that the teacher is a man—by the end of the 19th Century, women dominated the western schools. The photo is taken 1890 in Thomas County, Nebraska. The other sod schoolhouse is taken in western Nebraska. Note the construction of the second building. No ninety-degree walls there. 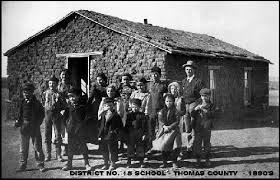 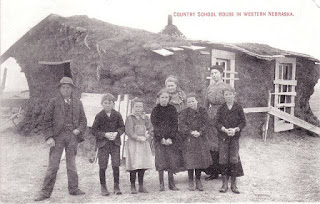 Other building materials were rock such as limestone and sandstone, bricks, and untreated logs. The author of one of my main resource describes his excitement when he comes upon a limestone school built in 1896 in Chase County, Kansas.  Not only was the school beautifully constructed in limestone, but so were "the two privies, flanking the school" (Rocheleau, 2003,
p. 56 & 57). I could go on and on, but I’ll leave it to the reader to follow up on other one-room schoolhouses. There are many reference sites, and each contains its own treasure trove of information.  However, the sites I used most frequently for this month’s blog are listed below.

See you next month with a one-room schoolhouse curriculum.