I have been watching the PBS documentary by Ken Burns, "Country Music" when time and schedule allow. As a student of film, writing, and history, I am enthralled by the way stories of the stars and growth of the industry are interwoven with each other.

It also brought to mind how both fiction and nonfiction writers tell the story of history.

When we write fiction, myself included, I am thrilled when those pieces of history about an area in my stories that can be seamlessly added, thus fusing elements of authenticity to the story. I also enjoy reading stories that use elements of the past. I become so excited reading the authors who use history's elements, and I am aware of them, is almost like the story becomes even more real for me. 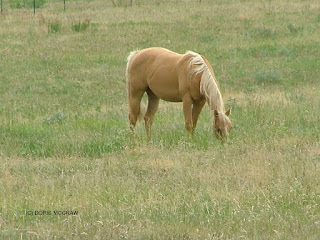 When growing up most of my history classes were names, dates. and places. The stories of those names, the people behind those names, were left out. That ended up making history very boring, although I still found it fascinating, it seemed to be lacking. As a student during the Vietnam era, a contentious time in our country, I had a world history/civics teacher who had colored pictures of the soldiers both living and dead and the surrounding countryside plastered upon the walls. Whatever his thoughts about the right or the wrong of that conflict, I appreciated his evenness in simply telling the story of the men and women on, of the background that led to that conflict, and both sides of the argument that was occurring in our country. It was through him that I fell in love with the stories of the people who made history.

Now, when I tell the stories both fiction and nonfiction I remember his evenness, his ability to not draw conclusions and allow his students to draw their own. I try for that same evenness when I tell the stories of the people I research. Sometimes it's difficult to keep my personal and modern thoughts from the words I write. At the same time, I try to weave a story that will imbue the excitement I have for the subject to the people who are reading it.

This is also true of fiction writing. Although I am relatively new to having both my fiction and nonfiction published, I am always reminded of the power of story to engage the hearts and minds of people. In that respect, I have a lot to learn from the way Ken Burns and his production company tell the stories of the subjects he is presenting. He weaves history's story into a tapestry that is beautiful and constantly challenging the watcher to find the truth they need to know.

Posted by Renaissance Women at 3:30 AM 5 comments: 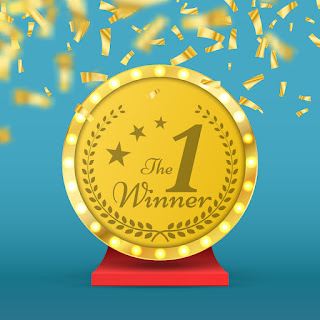 I was surfing the net, as a writer will do, looking for new and interesting information on our favorite topic, and I came across this article.

This gave me an idea for a useful blog post of my own, so I present my …
Top 10 Old West Blogs, Websites and Newsletters (in no particular order):

The Wild West
A good bit of information about Native Americans and cowboys, including a list of good museums you can visit. I’m a little disappointed that they’ve let their YouTube video channel lapse, but you can browse the written material on the site for inspiration.

Western Fiction Review
A UK-based website whose author enjoys reviewing Western fiction. They review around three books a month, and it’s a good place to get a taste of what’s new in Western fiction.

Legends of America
A huge website with sections about American History, Destinations, and even Ghost Stories. This is often my first stop when I’m researching the Old West. 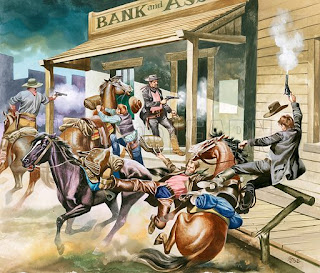 True West Magazine
With sections like Inside History, True Westerners and Heritage Travel, almost anyone can find something of interest on this website. They post about 14 times a week.

Rough Edges
Our own James Reasoner gives us information about books, movies, and other matters of Western-related interest.

Chronicle of the Old West
“We use print, internet, radio and television to give you the experience of the authentic Old West.” This is a rather eccentric website that reminds me of a rummage in your Grandma’s attic. For $30 (USA) or $50 (other countries), you receive 12 twenty-page newspapers composed of actual articles from the 1800’s. You can also purchase an e-subscription for $20 a year, listen to radio shows on CD, and even order some Arbuckles Ariosa coffee. 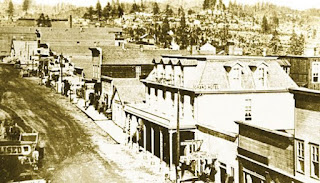 50 Westerns from the 50’s
This is a blog dedicated to Western movies and books from the 1950’s. The author is writing a book with the same title, endeavoring to bring to light 50 of the less-well-known movies of the period. Interesting reading.

Henry’s Western Round-Up
“The blog that brings you the latest news about Western movies, TV, radio, and print.”

Historical Novels Society: The Old West
These folks have another huge website, but it covers all historical fiction, from the prehistoric era to the 20thCentury. They have a good section with information about Western fiction. 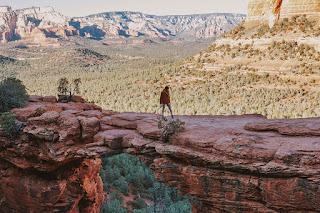 If I’ve left out your favorite website or blog, please leave me a comment with a link so we can enjoy yours, too! 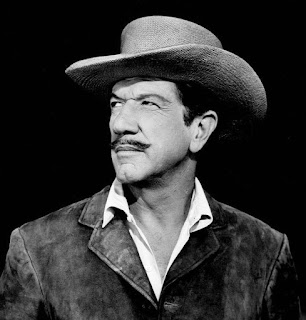 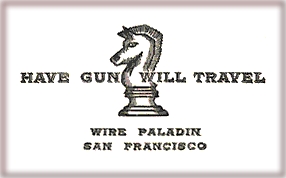 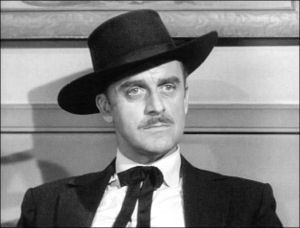