This month, we stick with the Texas Rangers, but leave the days of the old West. 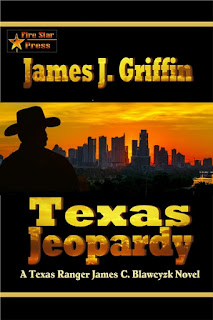 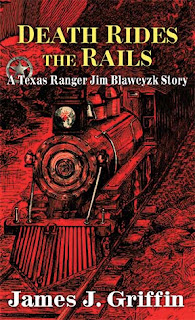 Today is the release date for my latest Texas Ranger James C. Blawcyzk novel, TEXAS JEOPARDY.  Some of you may notice the different middle initial. That's because this novel features the sixth generation of the Blawcyzk family. The main character is the original Jim's great-great-great-great grandson. This Jim gets into deep trouble when he shoots and kills a drug dealer during a raid. On top of that, there's a series of murders taking place, murders where the perpetrator or perpetrators are careful not to leave any clues.

Matters really turn ugly when the drug cartel attempts to not only eliminate Jim, but also his family. From a bullet punctured car chase through the streets of downtown Austin,  to attempts to gun Jim down, the action is non-stop from beginning to end. With accurate depictions of modern day police procedures, the reader will also gain insight into how the present day Rangers work. Available on Amazon from Fire Star Press, an imprint of Prairie Rose Publications, and on my website.

Also just released from Center Point is the large print version of my first even published novel, Death Rides the Rails. the new title for Trouble Rides the Texas Pacific. The reader can go from 1870s Texas to 2017 Texas in one afternoon of exciting reading.
Posted by Jim Griffin at 11:40 AM