The Story Behind the Unfinished Story 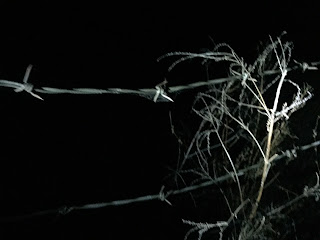 Writers have their own kind of jargon.

People who write without a formal outline on hand sometimes refer to themselves as “pantsers” as in “writing by the seat of the pants.” Or we say that we “write into the dark.”

This month you might hear your normally lucid and rational writer friend start babbling about “NaNoWriMo” —which stands for National Novel Writing Month, a time when some hunker down during the holidays to finally finish that WIP.

And there’s another one! (WIP is—of course—an acronym for Work in Progress.)

The piece of jargon I’ve been thinking about today is “Trunk Story.” How many of you reading this have a trunk story you could dredge up, probably within a few minutes? How many of you have more than one?

Here’s another question. Should a Trunk Story be complete?

Is it a finished work, but put away in the trunk—nowadays usually an electronic trunk—because it didn’t find a home or was deemed unworthy?

Or, like old scraps stashed away in a quilter’s horde, is a lot of the material in your trunk in pieces?

Three years ago, I started on one such scrap, a story called “If Stars Hate Wire.”

It started off well enough. It ended without an ending. Or and ending that left me thinking...what next?

Tuck O’Brian and Ron Bruce are two cowboys in 1903 Nebraska, working on the Graham-Jessom spread. Like a lot of ranch hands at the time, they’re forced to deal with a changing landscape. The Kinkaiders are coming, and these new settlers (often called “nesters”) seem to be getting all the breaks.

And all the sympathy.

I had two reasons I wanted to explore Tuck and Ron’s story. One was to take a look at the traditional rancher vs. farmer conflict from the POV of a typical cowboy of the times. I also wanted to write about the general development of the Nebraska Sandhills.

I got a few pages in, enjoyed what I had written.

Sometimes we stop because we can’t see light at the end of the tunnel.

Sometimes we’re just not happy with what we’ve done. We don’t like the characters. Or maybe the setting seems wrong.

In this case, I stopped because I realized early on that this was going to be longer than a few thousand words. The scope of the story was more than I was comfortable committing to in the few days I had to write.

Now that it's back out in the open...I'm not so sure.  Please give it a read and tell me what you would do. Would you wrap it up, or continue? Or put it back in the trunk?

Please share some comments, and your own Trunk Story stories below.

You can read the unfinished story “If the Stars Hate Wire,” here.


After growing up on a Nebraska farm, Richard Prosch worked as a professional writer, artist, and teacher in Wyoming, South Carolina, and Missouri. His western crime fiction captures the fleeting history and lonely frontier stories of his youth where characters aren’t always what they seem, and the windburned landscapes are filled with swift, deadly danger. In 2016, Richard roped the Spur Award for short fiction given by Western Writers of America. Read more at www.RichardProsch.com