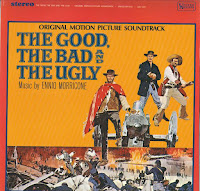 Music has always been part of the west.

Played and enjoyed by the immigrants who settled the vast frontier, they brought traditional tunes, religious hymns, bawdy ballads, and children’s rhymes. With its power to directly touch our emotions, music has a narrative ability to conjure up a time and place. Even more than words and pictures, the story a piece of music tells becomes intensely personal.

When I hear Ennio Morricone’s score for The Good, the Bad and the Ugly, I don’t only think of the Man With No Name (aka: Blondie), Angel Eyes, and Tuco. I think of sprawling out on the living room floor in our trailer watching the film, cut to ribbons with commercials, on our old black & white TV. I remember that evocative flute that so resembles a coyote or—I always thought—a mourning dove at dusk. I think about growing up on the high plains.

Maybe best of all, I remember my friend Mark True, who turned me on to so much music, happily playing the Hugo Montenegro cover version of the theme for me one afternoon at his house—when I expected Deep Purple or Alice Cooper. 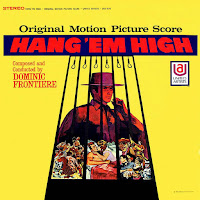 We all have memories like that where we shared a tune with friends and loved ones—our favorite radio songs from high school or our favorite records from college. 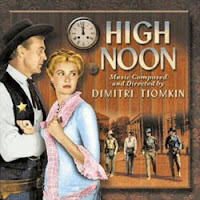 I remember the chanting chorus from Hang ‘Em High as an earworm that plagued me for days in December, 1984 after I first saw the Clint Eastwood movie during a late night party. That theme came from jazz composer Dominic Frontier who penned the score in only eight days, influenced by Morricone. It’s been a favorite for nearly 40 years.

More on earworms. Most often, it’s the lyrics that gets stuck in my head with a background tune as sticky foundation.

Say High Noon, and those seven words and nine notes, “Do Not Forsake Me, Oh My Darling,” are lodged in mind for the rest of the day. Russian composer Dimitri Tiomkin won two Oscars for that music, including Best Music Scoring and Best Original Song. With lyrics by Ned Washington, the 1952 song was performed by Tex Ritter, both in the movie and at the Academy Awards presentation. I remember my dad playing it on a reel-to-reel tape recorder years before I saw the movie so, for me, this one stands apart from the film. 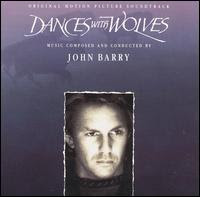 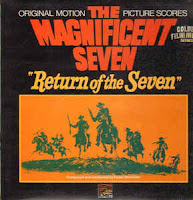 That separation of film from score happened again in the 90s. Another Academy Award-winner, John Barry gave us music for Dances With Wolves. That year I was living in South Carolina, having moved across the country from Wyoming less than a year before. For me, the movie was hit and miss, but the score kept me awake at night, yearning for the wide open vistas I had gotten to know while living in Laramie. Even today, I can’t listen to this one without clouding up with nostalgia—for a mythical lost west, and for my own real lost frontier. Dances With Wolves is the first western movie soundtrack I owned on CD.

If Dances With Wolves brings melancholy, there’s one theme that is the polar opposite. Nothing brings the exuberance and sheer joie de vivre as well as Elmer Bernstein’s theme for The Magnificent Seven. Those of us of a certain age can remember it playing behind the Marlboro man’s TV commercials and hearing it continuously covered and sampled in movies (Moonraker) and television (Cheers, The Simpsons). Heroism and grandeur, action and youth, it’s all there in those majestic horns and thundering percussion. With the theme to the Magnificent Seven playing in my head, my bike became a galloping stallion, and the future an endless tapestry of adventure.

Please share in the comments some of your favorite western TV and movie themes. What do you remember most about them? What images do they conjur up? (And a tip of the Stetson to anybody who can dig deeper than a random Google search and let me know whose chorus performed the vocals for Hang ‘Em High.)
Posted by Richard Prosch at 10:00 AM