Hello everyone and happy Spring Break to those of you who, like me, are celebrating the kids being out of school for the week, and happy *yawn* day-after-daylight-savings-time, which affects us all.

With it being so close to International Women's Day, I felt it only fitting to focus on a historical woman in my post today. After all, the Day of the Woman is supposed to empower and uplift women, so today, in this post, we will uplift one historical woman. 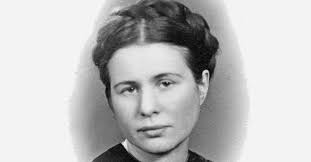 Today, our historical woman, is a Polish Catholic woman who was born in Warsaw in 1910, by the name of Irena Krzyzanowska. Though, we more commonly know her as her married name, Irena Sendlerowa - or the more westernized version, Irena Sendler.

She was a daughter before she was a wife, and her daddy was a medical doctor.  In fact, it was her father who influenced her - and her outlook on life - the most.

Her father was the only doctor in Warsaw who would treat their Jewish neighbors, and when typhus broke out, Irena saw firsthand what love in action looked like. Her father charged in, alone, with his battle cry. "If you see a man drowning, you must jump in to save him - even if you yourself cannot swim." That truism proved most influential to Irena, even though her father died during that same typhus outbreak.

When her Jewish classmates at the University of Warsaw began to be systemically oppressed and ridiculed prior to the outbreak of WWII by way of the ghetto-bench system - which forced them to self-identify as Jewish on their student cards and sit on wooden benches on the sides of the lecture halls while those students who self-identified as Aryan on their student cards enjoyed the comfortable desks nearer to the professor - Irena knew what she had to do. So she defaced her student card by scratching off the Aryan symbol and choosing her seat among her Jewish classmates on the benches. This resulted in her expulsion from University and her being denied graduation, though she was awarded her degree in Polish Literature later. 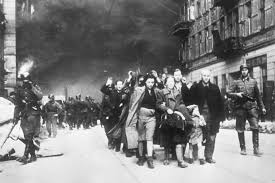 When the Nazi party and their nefarious leader, Adolph Hitler, annexed Poland, the Jewish population immediately began to suffer. When they formed the Warsaw Ghetto, which crammed all of the Polish Jews in and around Warsaw (a half a million people y'all) into a teeny-tiny one square mile radius, lined with electrified fences and razor wire, Irena and a network of like-minded people, who called themselves Zegota, saw that destruction and annihilation were on the horizon.

They obtained documents from the Nazi's to be allowed access to the ghetto under the guise of preventing typhus from spreading. This was all Irena needed. At once, she and her network began smuggling children out of the Warsaw Ghetto and depositing them into non-Jewish homes and Catholic orphanages.

The punishment for helping one Jew during this reign was death - death for your family, then for you. But Irena didn't help one Jew.

She saved 2,500 Jewish children from certain death by smuggling them out of Warsaw Ghetto before they could be deported to Dachau - where immediate death awaited.

So today - in honor of International Women's Day, we salute you, Irena Sendler. A woman who, up until her death, felt that she hadn't done enough during that hellish time, and who bravely broke unrighteous laws for the betterment of humanity and in doing so, helped save generations and then, was declared a Catholic Saint by Pope Benedict XVI.
Posted by Sara Harris at 11:30 AM