TUBERCULOSIS/CONSUMPTION or What Killed Doc Holliday

or What Killed Doc Holliday

Although less common today than during the mid-

disease. The disease may be acute or chronic and

generally attacks the respiratory tract, although other

parts of the body, such as the brain, the kidneys, and

the spine, may be affected. The symptoms (fever, loss

of weight, etc) are caused by the toxins produced by

the infecting organism, which also cause the formation

of characteristic nodes consisting of a packed mass of

Story of Tuberculosis, Pain, and Self-medication in the

By the dawn of the 19th century, tuberculosis—or consumption—had killed one in seven of all people that had ever lived. Tuberculosis is a lung disease caused by a bacteria. Although the disease was not curable, health officials saw that a change of climate brought respite. Warm dry climates were suggested and often improved the quality of life as well as extending it. Arizona was one of the main destinations while others headed for California. 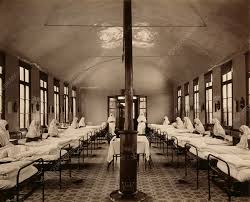 Tickets bought to a Sanitarian and/or a trip out west were always one-way tickets, as nobody survived the slow, consumptive pain of the disease. The only known treatment was fresh air, a good diet, and an ever-increasing dose of laudanum, a mixture of opium and other embellishments. 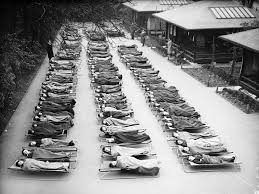 One of the most famous victims of this disease was Doc Holiday, the notorious friend of the Earps. Doc Holliday’s mother died of TB when he was just 15.  Holliday was from a “genteel, Southern family.”  He was well educated, and he even went on to become a dentist.  His coughing seizures, however, made the practice of dentistry impossible. To support himself, he became a gambler.  Though a heavy drinker and later as his disease progressed, a user of laudanum, he remained outstanding with a gun and a pack of cards.  His gun training had come from his uncle, and his card skills came from one of his uncle’s female slaves!

What kept Holliday going so long is impossible to say. There was the suggestion that the alcohol and laudanum he consumed not only enabled him to endure the excruciating pain he lived with daily but provided some antibacterial roles as well. Doc Holliday died 14 years longer than he was diagnosed to live.  He died at the very young age of 36.  One more historical victim of TB. 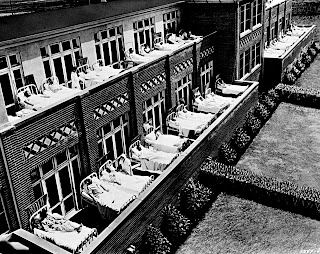 Though the bacteria that caused tuberculosis was identified in 1882, no medication existed until the discovery of the first antibiotic found to be effective against tuberculosis—Streptomycin in 1943. Breakthroughs in the 1960s were even more effective, though the presence of this disease is still daunting. Still considered to be a dangerous disease, every educator must still take a TB test every five years.
Posted by Renaissance Women at 4:30 AM