On This Day in the Old West: September 9

1839 was a big year for photographers. Louis Daguerre invented the Daguerreotype that year. But on September 9, Sir John Herschel created plate glass photography, and this is what we are interested in. 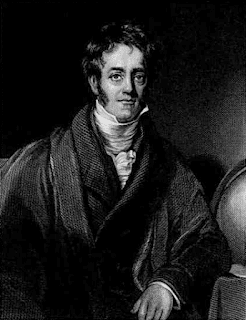 Cameras have actually been around for a long time. The Chinese were playing around with pinhole cameras, boxes with a small hole for light to enter, in the 5th Century BC, for example, and they were aware that certain chemicals changed when exposed to light. They had all the right ingredients, but there is so far no proof that anyone put the two together back then. After the Chinese, the ancient Greeks toyed with the technology, followed by the Arabs, then the Europeans. But it wasn’t until the early 1800s that photography as we know it, was born.

Sir John Herschel, who is actually the one who introduced the word “photography” into the English language, created a photographic negative on a glass plate, using a light-sensitive emulsion of silver salts. A “negative” refers to the image created when light is focused through the camera lens and lands on light sensitive materials. The created image is the opposite, in terms of light and dark, than what is seen by the eye. 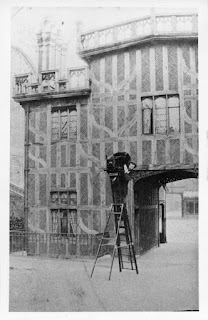 For the photographic process, ordinary glass plates were “wet-coated” at the time of use, with many “recipes” used by various photographers. The photographer had to hurry and develop these plates while still wet, in a darkroom of some sort, either in the studio or in the field. By the late 19th Century, pre-coated gelatin dry plates were largely in use. These were the first photographic negative materials that were manufactured and mass produced. Dry plate emulsions didn’t have the same time limitations as wet plates, which allowed for greater mobility and convenience. Photographers could store their exposed plates in the box until they could be developed. Of course, they are fragile (and surprisingly heavy), so carrying them around can be tricky.

Once satisfied that the subject was sufficiently lit and positioned in a visually pleasing way, a photographer would select a dry glass plate and take the following steps. (The dry plate or gelatin silver glass plate negative was made using a sheet of glass coated with silver-based light-sensitive materials suspended in a gelatin solution bonded to the glass using heat)

1.     Place a dry plate contained in a plate holder into a slot in the camera.

2.     Slide the cover from the plate holder to uncover the dry plate.

3.     Uncover and then recover the lens. (By 1880, photographic plates were so sensitive that an exposure of less than a second was often enough to achieve the desired result).

4.     Slide the cover on the plate holder back over the dry plate.

5.     Remove the plate holder containing the exposed plate, now ready for processing in a darkroom. 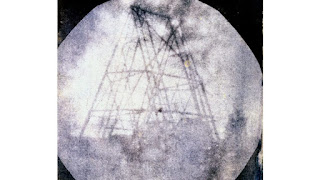 Once the negatives were developed, you could use a variety of printing processes, depending on the type of result desired. Printing Out Paper was a fairly thin paper treated with photosensitive silver chloride crystals in a gelatin glaze. This was used for printing photographs which were to be mounted on strong cards such as cabinet prints. These prints would then be toned and fixed. With this type of paper, the image was developed solely through the effect of light, without requiring further chemical development. You simply placed the paper under the negative in a special frame and exposed it to daylight or strong artificial light until the image developed. Toning was done using gold and platinum toners to convert the silver into more stable compounds, then the photograph would be washed and fixed using standard fixing solution.

The platinum print (also called a platinotype) was often used for landscape or architectural photographs. In this method, the metal deposited on the paper through a series of chemical reactions is not silver, but platinum. Paper treated with a mixture of iron salts and a platinum compound would be exposed to light and the image developed out using a solution of potassium oxylate. The platinum print had a great range of subtle tonal variations, usually silvery gray, and was valued for its permanence. Unfortunately, the price of platinum soared in the early 20th Century. By 1907, it was over 50 times more expensive than silver.

In the carbon printing process, the paper used is made with carbon pigment treated with light-sensitive chemicals suspended in a gelatin emulsion. This paper is exposed to light through the negative, which causes the gelatin to harden more in the darkened areas than in the lighter ones. The print is developed by washing it in warm water so that the softer gelatin comes away and the darker areas remain. It has a matte finish and can be produced in a variety of colors, ranging from sepia tones to cooler shades of blue or gray. Carbon prints are resistant to fading, so they were often used for commercial editions of photographs. The technique was difficult and time-consuming, but highly regarded among photographers. 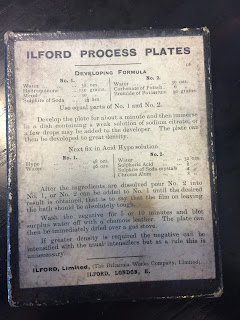 Herschel was one of the great Victorian masters-of-all-trades. Not only was he a pioneer in the field of photography, he also excelled in botany, math, chemistry, and astronomy. His father was astronomer Sir, William Herschel, after whom the space observatory is named. And the son’s plate glass photography is ideal for photographing the skies. So ideal, in fact, that astronomers continued to use it well into the 1990s.

Your characters could easily have come in contact with a photographer who used the glass plate method—or they could have been a photographer themselves!