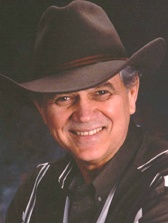 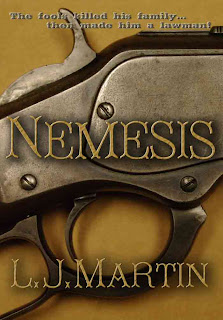 What was your first Western novel or story and was it published? My first novel was actually a historical, Shadow of the Mast, and I finally made a buck off it 20 years after writing when it was brought out in audio.  I’ve since published it with my own imprint and it’s on Amazon and does okay.  My second, the first sold to a publisher, was Tenkiller, picked out of the slush pile at Zebra.

What Western writer or writers of the past were the biggest influence on your work?  L’Amour, off course, but all the great old writers and some of the new, Leonard and Parker.  But as important, Sidney Sheldon, Wilber Smith, and many thriller and mystery writers.  Writing is writing, and compelling novels are just that.  It’s only time and place and lexicon that changes.
Is there a particular scene from a Western novel that was so powerful when you read it that it stuck with you? Perhaps has become a scene you've tried to live up to/equal in your own writing? Although I disagree with the basic premise of High Noon (a short story), I loved the juxtaposition of the characters and conflict.  It’s a great drama.
What's the first Western you remember reading from cover to cover?  Probably a Zane Grey, but it was a long time ago.  I began reading fiction in the 7th grade and by the end of high school had read most of what was then published of Steinbeck, Hemmingway, Rand, Shelton, MacLean, Spillane, and others.
Who is your favorite historical Western figure, and why?  No question, Edward Fitzgerald Beale, who I think was the quintessential western man.  His exploits eclipsed those of even Kit Carson and certainly of John Fremont.  Beale crossed the country horseback 13 times, riding from California to D.C. one time to knock cold George Moneypenny, Commissioner of Indian Affairs, who accused him of malfeasance as an Indian agent.  He was a record setting sailing master of Stockton's ship; the hero of the battle of San Pasqual; carried the first evidence of California gold, a seven pound nugget he bought with his own money, to President Polk, thus starting the gold rush, and beating the Army to D.C. with the news, even though he left four days later; he was an early Indian agent in California, and an honest one; the surveyor general of California, keeping California in the Union as he convinced Lincoln that California would go with the south if conscription was ordered; he was the leader of the great Camel expedition; he built the first wagon road to California; he consolidated four Spanish land grants into what's still the largest private property ownership in California, the Tejon Ranch; he was a friend and confidant of Grant; he ran guns to the Mexicans during their struggle for independence; he ended his career as the Minister to Austria Hungary; and so, so much more.  He ended life successful and never sought praise, and didn't have a wife to chronicle his exploits as did Custer and Fremont.  Kit Carson said "I can't believe this guy Ned Beale," which is high praise indeed.  He was happily married, having made his wife a wedding ring from that huge nugget.  He was the subject of my biographical novel RUSH TO DESTINY, which elicited my favorite compliment as a writer when a high school history teacher said, "my students learn more California history from your novel than from their texts, and love doing so."