The Immortality of the Western

Every few years or so, rumors start up again about the supposed "death" of the Western.  It seems to go on a cycle and if the rumors are to be believed, then the Western has died a thousand deaths.

Yet, the genre is still around and going strong today. Granted, it is not nearly as popular as it was during the Fifties and Sixties, but it is a long way from being dead.

Iconic Western actor John Wayne believed in the durability of the genre. 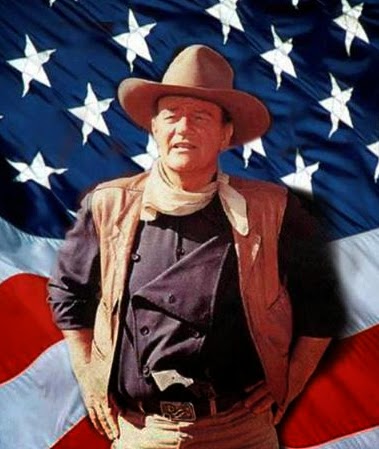 "Don’t ever for a minute make the mistake of looking down your nose at Westerns. They're art–the good ones, I mean.  They deal in life and sudden death and primitive struggle, and with the basic emotions–love, hate, and anger–thrown in.  We'll have Western films as long as the cameras keep turning. The fascination that the Old West has will never die."

The Western will never die for a simple reason.  It is the one contribution to literature that is entirely and uniquely American.  Just as the great works of the Greeks and Romans are remembered today, so will the Western be remembered a thousand years from now.

For some reason, folks seem to want the Western to die or they at least want society to believe that it has, perhaps because it is not politically correct and may offend some people's delicate sensibilities.  However, there are much more offensive things in other genres than there will ever be in the Western.

There is nothing wrong with any aspect of the genre.  Some folks prefer the classic Western with the hero wearing the white hat versus the villain who wears the black hat.  Personally, I prefer my Westerns of the gray antiheroic type.  I enjoy all of John Wayne's movies and watch them time and again, but my biggest influences are Clint Eastwood's movies, from The Outlaw Josey Wales to Unforgiven, as well as the stories of the legendary writer, Louis L'Amour.

The genre is not as popular as it once was, but that is not because there is anything wrong with the genre.  The reason popularity has waned is because society has drifted away from the principles and ideals portrayed in Western films and books.

Any story can be told as a Western and can be told better as one in my opinion because of the great tapestry that the backdrop of the Old West provides.

There's no reason to change anything about the genre.  If we do that, then we aren't writing Westerns anymore.  The genre has gotten along just fine like it is and will continue to do so.  Regardless of what some tenderfoots may think, the Western is just too tough to die.

Posted by Matthew Pizzolato at 3:14 AM