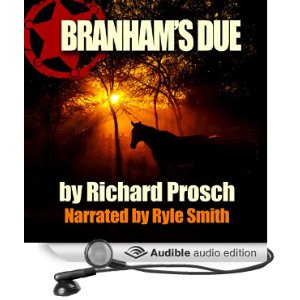 Recently, a friend of mine who drives a truck for a living asked if my stories were available in audio. Not only did I tell him no, but I had to admit I'd never really given audio books much thought.

As a kid, before falling asleep, I listened to old time radio shows. Gunsmoke, Escape, and Have Gun, Will Travel were my favorites, but I never made the move to audio books.

A quick search at Amazon revealed what I'd been missing. The wide variety of western titles and authors was encouraging, but when I started to plan my own foray into audio, enthusiasm turned to worry.

How much time would it take? How much would it cost? How best to proceed.

I have a friend who works as a voice professional for radio. Friend or not, his style had to fit the bill. 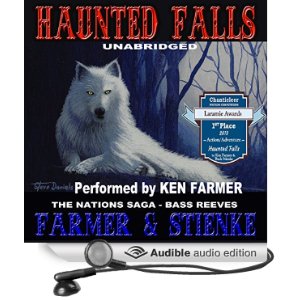 Unlike radio shows, so much has to be conveyed by one voice, the job can be tricky. With westerns, the tenor immediately sets the tone. Close your eyes and imagine the voices. Gabby Hayes or Clint Eastwood? John Wayne or Smiley Burnette? The music: lively or somber? The sound effects? Or lack thereof?

Then, along with all the technicalities of recording (levels and bit rates), the legalities of distribution (music and SFX usage rights) and paying for studio time, we had to crunch some numbers.

I discovered Audible and their extensive help menus and forums were invaluable. I contacted our friend Ken Farmer, who produces his own audio works. Finally, I took the plunge and simply worked through the curve.

"Branham'sDue" may take a while to show a real profit, but it was a real adventure to produce.

Many of us Fictioneers have heard our characters come alive via audio. Whether through Audible's royalty sharing program, our own MP3 files, or a publisher's arrangement, we're reaching for a new audience and additional revenue.

As I wrote, Ken Farmer helped me a lot. Ken has four books in his The Nations series available through Audible/Amazon, and samples are a click away at the link. Ken says the format provides good extra revenue, and I don't doubt it. He narrates the works himself, and with each story weighing in at 8 to 9 hours, there's plenty of entertainment there. 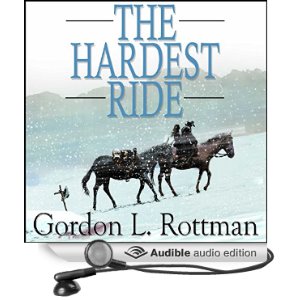 On the other hand, Gordon Rottman's publisher arranged to have The Hardest Ride recorded. The sample proves narrator James Simenc's voice is perfectly matched to the story.  Again, that's something to watch out...er, listen for. In this  case, Simenc needed to read a part of the book that had a lot of Spanish in it. Gordo wrote to me:

As the POV was a Texas cowpoke, he didn't have to be native-level Spanish, but he needed to pronounce it well enough to be understandable to a Spanish-speaker and not mangle it. He turned out to be able to rattle it off very well. That's an important consideration for a narrator if there are even small bits of another language.

Georgia Woods of Hartwood Publishing has these suggestions if you attempt to go it alone:

In general, if you’ve never listened to audio books, you won’t know what to look for in a narrator or in general when it comes to how it should sound.  Also, you have to understand how the contract works, how the recordings work, and how to tell the narrator what’s wrong as well as being able to sit and listen at the computer and give timestamp information for every error.  It’s quite time-consuming, to be honest, so we don’t do it with books we don’t feel we can profit on, for sure. 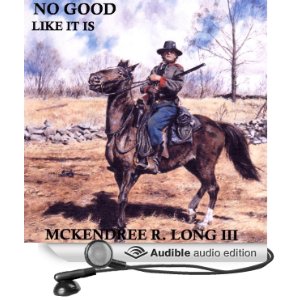 Mike Long let them pair his novel, No Good Like It Is, with narrator Keith Newbill. Mike and Keith both market the story and have also thought more about getting the book into the hands of professional drivers, maybe on CDs.

Dusty Richards' publisher produced CDs of his Chet Byrnes stories and, unlike the examples above, went all out in old time radio style with multiple actors, music and sound effects.

They are a GREAT company, honest, and super to work with.

In this new world of digital publishing, where the western is ubiquitous as ever, yet strangely invisible to the general public, I think audio books offer a good avenue to reach our audience.

Uniquely able to find markets that movies or television can't, mp3 downloads or CD recordings can get our stories and names in front of new ears --something that just might translate into new eyes and new book revenues in the future.


After growing up on a Nebraska farm, Richard Prosch worked as a professional writer, artist, and teacher in Wyoming, South Carolina, and Missouri. His western crime fiction captures the fleeting history and lonely frontier stories of his youth where characters aren’t always what they seem, and the windburned landscapes are filled with swift, deadly danger. Read more at www.RichardProsch.com