FROM CRADLE TO BOOT HILL


THE DOCTOR'S BAG
-the blog about 19th Century Medicine and Surgery

Physician, Surgeon & Embalmer
Family doctors traditionally look after patients from cradle to grave. That generally means that their care extends from birth, bringing babes into the world, to looking after patients in their final illness and certifying death when life is extinct. In the days of the Old West they often went beyond that and prepared the body for the grave. It was not unusual for a doctor to put up his shingle with the Physician, Surgeon & Embalmer upon it for all to see.

The disposal of the dead
All cultures and societies have developed their own approaches to dealing with the body after death. Religious beliefs, health and hygiene and aesthetics  have all been factors in these matters, as have climate and land availability. 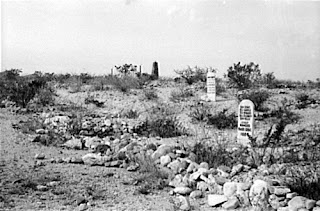 
Some ancient civilizations, notably the Egyptians, the Aztecs and the Incas. Creamation was practiced by the Vikings and is used in Hindu society and is also commonly used in western societies today.
Burial is perhaps the commonest method throughout history. In the tales of the old West people were buried quickly in Boot Hill, although not before gory pictures of outlaws despatched in shoot-outs had been taken. Often they would be shown with the lawmen who had killed them, almost like trophies.

Dr Thomas Holmes (1817-1899)
The father of modern embalming was born in New York and attended the College of Physicians and Surgeons at Columbia University, from whence he graduated in 1845. 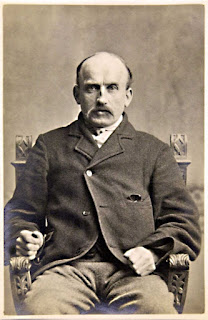 Always enthusiastic about anatomy he developed an interest in the fluids used to preserve cadavers for dissection. He felt that the fluids were not standard and were often inadequate for the purpose. While studying under a phrenologist he was able to examine the heads of several Egyptian mummies. Their heads had, of course, been preserved  using minerals like natron. It intrigued him and he studied embalming techniques, especially those used on the Continent. He began experimenting with a fluid that could be pumped into the arterial system of the body.
Dr Holmes obtained a commission in the Union Amy Medical Corps and was assigned to Washington. There he was asked to embalm some officers and men killed in action, for which he was able to claim a fee of $100 per case. This came to the attention of President Abraham Lincoln who sanctioned the embalming process and urged other physicians to do the same, so that the bodies of soldiers killed in battle could be sent home to their families.
Holmes perfected his embalming fluid, which contained arsenic, a highly toxic poison, but a very effective preservative. During the war he embalmed 4,028 officers and men and arranged for their bodies to be transported to their homes for burial.
After the war he devoted his time to develop his career as a mortician. He became rich and his methods were taken up by doctors and undertakers across America.

Formaldehyde
In 1859 the Russian chemist Aleksandr Butlerov (1828-1886) discovered formaldehyde, a chemical that could preserve dead tissue. It is a disinfectant and will kill most bacteria. It is, of course, highly toxic to living tissue and has to be used with great care.
It did allow doctors and embalmers to preserve their clients for relatives to journey to see them before burial.
We need not go into great detail about the methods used, other than to say that a tube would be inserted into an artery (one of the blood vessels that carries blood from the heart to the tissues), while blood was drained from a vein by another tube (one of the vessels carrying blood back to the hear from the tissues.) A mixture of formaldehye and possibly other embalming agents and water would be used. Generally about two gallons of fluid would be needed.
In addition, the hollow organs that produce fluids:  the stomach, the lungs, intestines and bladder would have all fluid removed with syringes and then the torso would have stronger formaldehyde fluid pumped in.
Orifices would be plugged with cotton or linen to prevent leakage.
And then the appearance of the body would be attended to.

And thus Embalmer was added to the shingles of many a town doctor.

The collection of these posts has just been published in book form by Sundown Press. 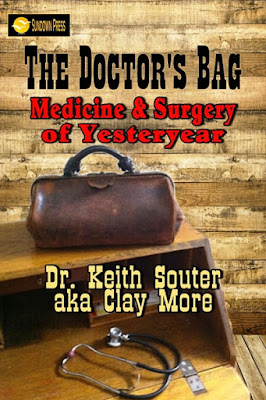 THE DOCTOR'S BAG - medicine and surgery of yesteryear
Posted by Keith Souter at 5:11 AM