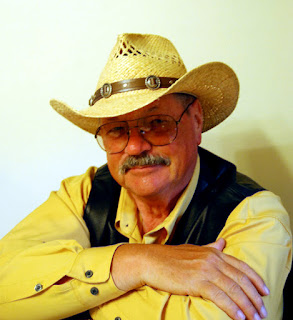 It’s been a long time since last I blogged on Western Fictioneers, but let me tell you about a new project. As you know, I’m an Arizona cowboy, at least that’s where I was reared, and many of my books and stories are set in Arizona country. I’m currently involved with a new anthology—six western short stories, all of which involve posses. Naturally, the book’s title is . . . The Posse.

Most of you know I write western novels and one or two short stories a year. So why did I join up with a small independent press for an anthology? For one thing, it’s a western romance anthology. For another, the guy in charge, Frank Kelso, is right on top of the marketing. Let me plagiarize some of what he says, because I think it applies to us all.

Frank says:
- I have already initiated the marketing (The Posse Book Fan page and private FB page with ads).
- My next effort is to build my e-mail list; without 1,000 or more subscribers on your list, a book launch fizzles on the launch pad. Without effective advertising, a new book gathers cobwebs.
- After a strong launch, the 2nd-stage booster is 5-star reviews. I have taken a short course on how to find and stimulate book reviews, which keep sales high for the first month.

- I will share what I’m doing to: build my e-mail list, run effective FB ads, and promote thru Amazon giveaways and “sponsored ads.”
- I will help you by sharing what I’m doing, and help you make ads specific to creating an e-mail list of your fans (it violates agreements for me to share my subscribers with you).
-The marketing effort is only worthwhile if you plan to publish more books. This marketing will work if you are re-launching old titles with new covers (as long as it’s clear it’s a re-release.)

So you see, I not only get a published short story, but also a course in book marketing in this electronic age. 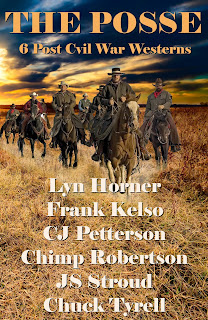 Meanwhile, here’s an excerpt from my short story, Set a Thief.

Daylight brought the aroma of frying bacon. “Smell that?” I said.
“What?”
“Bacon, I reckon.” I pulled in a deep lungful of mountain air. “Yep. Bacon. Let’s go have a look-see.”
We eased off the Mormon Road into Sycamore Canyon, walking our horses in the soft grass, making as little noise as possible. Maybe fifty yards from whoever cooked that bacon, I dismounted the sorrel, pulling my One-of-One-Thousand Winchester from its saddle scabbard. Through the sunrise haze, a little girl stood at the cookfire. A woman, maybe, but as short as a schoolgirl. When she finished cooking, she swiped a hot biscuit in the bacon grease in the pan. The paint mare in the holding pen whickered, spoiling the moment. The girl reached for her rifle.
“Lay the rifle on the ground real slow, little lady,” I said. “Real slow.” I eared back the hammer of that almighty accurate Winchester.
She dropped the rifle like a hot poker, then stumbled back like her knees might be shaking.
“That’s a good girl. That grub you’ve fixed smells right fine. Got enough for visitors?”
“Quit lollygagging around, Mort. All we need is her mare,” Cy said.
The girl dipped her head before pivoting to face us.
My neck jerked stiff while my jaw dropped. Cuter than a bug’s ear flew into my mind.
“Your mounts look like they need a rest and time to graze,” she said. “I can feed the three of you while those poor horses are eating, too.”
We musta been a sight. Three bad men who’d not seen a razor for at least three days. All with cocked guns in hand.
The girl shrugged. “From what he said, you must be Mort Eggertson.”
“I am,” I said.
“My brother told me they had you in jail. How come?”
“Killed a man,” I answered, frowning.
Her face grew just as hard as mine. “Then you deserved jail.”
“Ah, but he’d of killed me if I’d been a hair slower with my Remington. They say he wasn’t heeled, but he had a hideout Derringer.” I waved the Winchester a bit, but not far enough for her to get any ideas about going for her rifle again.
“Come on, Mort. That posse of Hubbell’s cain’t be all that far behind us. Let’s git.”
“I could whip up a bit more bacon and biscuits if you want,” she said.
I reckon she thought to stall us to let the posse catch us.
She wore a six-gun, but unbuckled the rig to lay it by the rifle. “That’ll keep you from getting the wrong idea, making it an excuse to shoot me. Ain’t got no hideout, neither.”
“You don’t seem all that scared of us, Missy,” I said.
“Mr. Eggertson, you give me the feel of a better man than you carry on. If you were all that bad,        I’d be dead. I reckon you don’t like killing. Maybe you’ve even rode with a posse your own self.”      She talked big, but a little tremble hid in her voice.
I smiled. Women say I’m good looking, but I never gave it a thought ’til she smiled at me.
She took the biscuit and bacon from the frying pan, placing it on the grub box. Then she built another sandwich from what remained. She handed it to me, but I gave it to Jess Simmons. He took a big ol’ bite. He hadn’t eaten in nearly a day, and it showed.
“Go ahead, Missy. Fix some grub.” I held the Remington on her. No sense taking chances.
_______________________________________________

As things develop, I’ll see if I can’t keep you all updated on the marketing tools and techniques we use. Hope you don’t think this is too much of an intrusion.

And don't forget, new Chuck Tyrell books include Dead Man's Trail and Blessing. You might want to have a look.

Posted by ChuckTyrell at 9:42 PM