“This one isn’t just any old horse. There’s a nobility in his eye, a regal serenity about him. Does he not personify all that men try to be and never can be?”
––Michael Morpurgo, War Horse 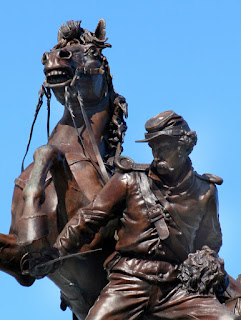 War is a controversial topic, especially these days, yet world history has been undeniably defined by conflicts between humans. Since the earliest recorded war in Mesopotamia around 2700 B.C., societies have fought for independence, religious or ethnic reasons, and desire for riches, revenge, political power, natural resources, and land.

Nations clash with each other and sometimes clash from within. There are guerilla wars, people’s wars, world wars, cold wars, bloodless wars…even forgotten wars. Arising from these conflicts are stories of heroism, cowardice, betrayal and loyalty unto death. War heroes, especially, seem larger than life and we honor them by commissioning statues and paintings of them, profiling their lives in books, and naming cities, parks and streets after them.

When a military figure is immortalized in paint or stone, he is often shown along with his dearest comrade in arms–his horse. A mounted leader commanded from above the fray of battle–moving about the field and directing his troops, who were no doubt inspired by the sight of their courageous officer on a fearless horse. Obviously, it took a special horse to withstand the rigors and violence of war. Equine casualties were enormous. It is estimated that, for every soldier killed in the Civil War, five horses met the same fate. Here are profiles of a few notable horses who "served" during the War Between the States.

Confederate General Nathan Bedford Forrest claimed to have had twenty-nine horses shot from under him. They had heroic names like King Philip and Highlander. Most well-known was a big chestnut gelding named Roderick.

“At the March, 1863, Battle of Thompson’s Station, Tennessee, Roderick had been shot three times and removed from the front, but he jumped three fences to return to his master’s side, where he suffered a fourth and fatal wound. As the legend goes, Forrest knelt and wept beside his dying steed.”     ––History.net

A statue of Roderick was erected in Thompson’s Station, near the place where he fell.

After General Thomas “Stonewall” Jackson’s death by friendly fire in Chancellorsville, Virginia, his beloved horse, Little Sorrel, was captured by Union forces on three different occasions. Eventually, the tough pony, described as homely and dumpy, was returned to the Confederacy and went on to become a hit attraction at festivals, including the New Orleans World’s Fair in 1885. Little Sorrel’s taxidermied remains are on display at the Virginia Military Institute.

The most famous of all Confederate war horses was General Robert E. Lee’s Traveller, a handsome Saddlebred he bought for $200 and described affectionately as being "Confederate grey." At Lee’s death in 1870, Traveller walked, riderless, in the funeral parade with his master's empty boots backwards in the stirrups. Traveller died just a year later.

On the Union side, General Ulysses S. Grant rode several horses into battle: a dark bay named Egypt, a stockinged chestnut named Old Baldy, and his favorite, Cincinnati, a thoroughbred Grant described as the finest horse he had ever seen. The general was an expert equestrian from the time of his youth. His mother, Hannah Grant, said of him, “Horses seemed to understand Ulysses.”

Egypt was quite literally a "gift horse." A group of Grant's admirers in southern Illinois (near the town of Egypt) bought and delivered the powerfully built thoroughbred stallion to the general, who was camped near Chattanooga. Grant promptly named the horse for the Illinois town.

General William Tecumseh Sherman, who wrote the book on “total warfare,” owned Dolly and Sam, among others. Sherman sat astride a leggy bay named Lexington during his deadly “March to the Sea” campaign in 1864. Sherman was another who lost several mounts in battle. Three of his horses were shot during the Battle of Shiloh (Tennessee)–two of them killed as an orderly stood holding their reins. Unlike Grant, General Sherman was not so comfortable in the saddle.

"General Sherman was a nervous and somewhat careless rider. He wore his stirrup-leathers very long, seeming to be almost all the time standing in the irons. This appearance was intensified by his habit of rising in the stirrups on reaching a turn in the road or some advantageous point of observation. While always careful of his animals, Sherman did not appear to have that fondness for them that is so common among good horsemen."
––"Generals in the Saddle: Famous Men in Both Armies Who Were Good Horsemen" from The Rider and Driver (1892) 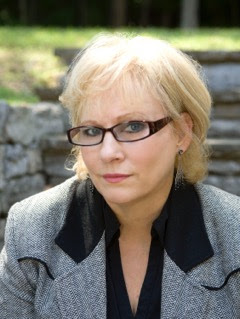 Keep up with Vonn!
Facebook
(I just love "likes!")