THE WESTERN LANDSCAPE by VONN McKEE 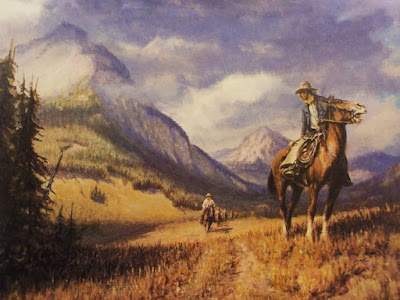 Rugged mountain peaks cloaked in snow. A parched desert streaked in reds and yellows. The billowing swells of a tallgrass prairie. The landscape of the West is “scene one” in nearly every western movie you’ve ever watched, or described on the first few pages of every western novel you’ve ever read. It acts as an unnamed but vital character and provides a beautiful–or punishing–backdrop to the story being told. 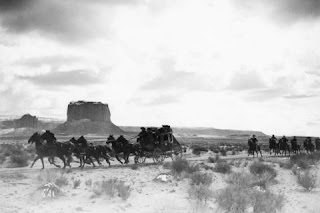 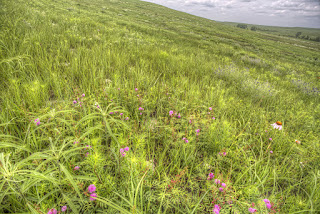 Writers look to landforms to evoke deep emotions, as did William A. Quayle:

“Loneliness, thy other name, thy one true synonym, is prairie.” The Prairie and the Sea (1905)

To explorer and conservationist John Muir, it was more of a religious experience: 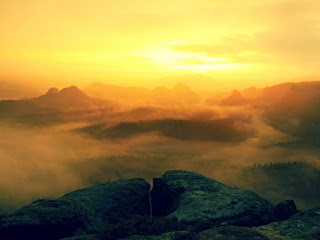 “Long, blue, spiky-edged shadows crept out across the snow-fields, while a rosy glow, at first scarce discernible, gradually deepened and suffused every mountain-top, flushing the glaciers and the harsh crags above them. This was the alpenglow, to me the most impressive of all the terrestrial manifestations of God. At the touch of this divine light, the mountains seemed to kindle to a rapt, religious consciousness, and stood hushed like devout worshippers waiting to be blessed.” The Wild Muir: Twenty-two of John Muir’s Greatest Adventures (2013) 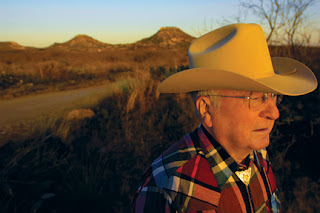 Elmer Kelton recognized the magical connection between people and the ground they lived and died on. He wrote in The Day the Cowboys Quit, “Some people would never understand the hold this land could take on a man if he stayed rooted long enough in one spot to develop a communion with the grass-blanketed earth, to begin to feel and fall in with the rhythms of the changing seasons. There was a pulse in this land, like the pulse in a man, though most people never paused long enough to sense it.”

Annie Proulx also suggests that the power of landscape goes beyond the physical. Here is her definition from the essay, “Dangerous Ground.” 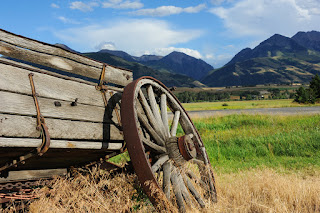 No other writing genre is as tied to the land as is western literature. What an incredible and inspiring resource! 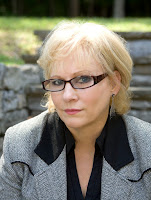 “The land belongs to the future … that’s the way it seems to me. How many names on the county clerk’s plat will be there in fifty years? I might as well try to will the sunset over there to my brother’s children. We come and go, but the land is always here. And the people who love it and understand it are the people who own it — for a little while.”
- Willa Cather
Posted by Vonn McKee at 1:13 AM