If you're anything like me, waiting a year for the cliffhanger conclusion to the movie Avengers: Infinity War is torture. Of course, you can always turn to the comics. And, though it's been many a moon since I wrote on here about the topic, I recently stumbled across something that combines the Avengers with the genre we all love: the Western.

1872 was released in four issues in 2015 (it is now available as a single graphic novel.) There was a somewhat convoluted storyline spread across all Marvel comics at that time called "Secret War," which as a side result had alternate histories and parallel universes melting together in flux. In the midst of all this, someone apparently said "hey, let's do the Avengers as a western."

And so they did. 1872 was written by Gerry Duggan and drawn by Nik Virella. 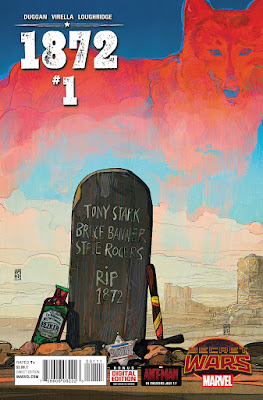 It is set in the town of Timely (which was the original name of Marvel Comics), which is located near the Kirby River (Jack Kirby co-created about half the Marvel characters). The evil Governor Roxxon has ordered the river dammed and diverted in order to work his silver mine (Roxxon Corporation is the shadowy company behind a lot of the shenanigans in the Marvel Universe.) 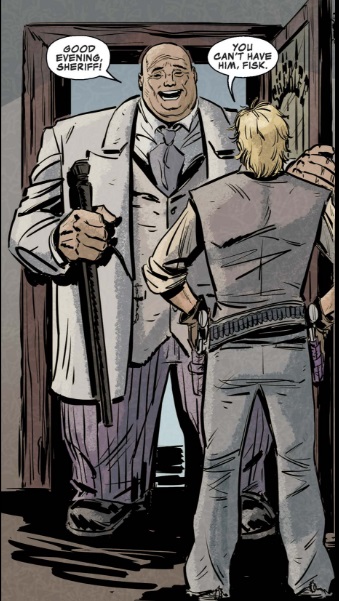 Roxxon has placed his operative Wilson Fisk (alias The Kingpin) as mayor of Timely, to make sure Roxxon's interests are not interfered with. Wilson is opposed by newspaper editor Ben Urich (in the comics, reporter friend of Daredevil and Spider-man).

The sheriff is the idealistic, and naive, Steve Rogers. Rogers's deputy Bucky Barnes was killed recently by Wilson's men, leaving behind a beautiful widow named Natasha (alias the Black Widow) who is itching for revenge. Also in Timely: the marshal's friend Tony Stark, an alcoholic inventor (wracked with guilt over the ways his repeating rifles were used in the war). There is also the town doctor, a frail man named Bruce Banner. The women of the town are marching for equal rights, led by Carol Danvers (alias Captain Marvel.) Lurking at the edges: a vigilante named Pastor Frank (alias Frank Castle, alias the Punisher). 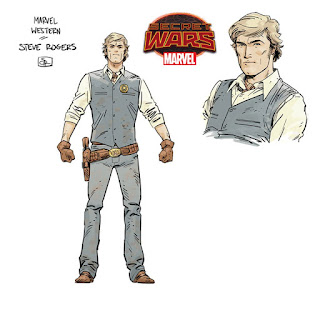 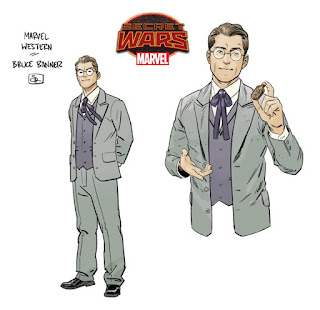 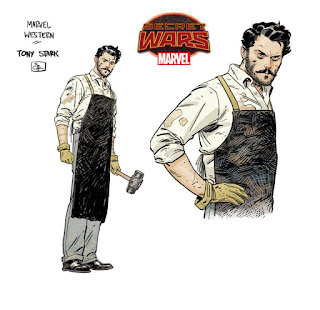 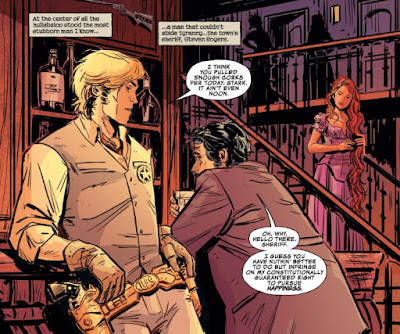 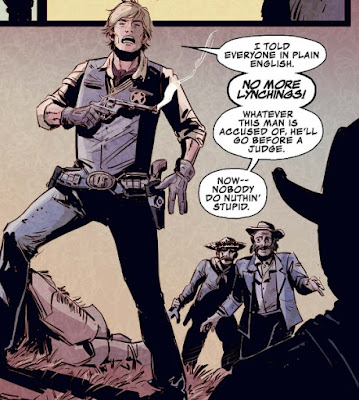 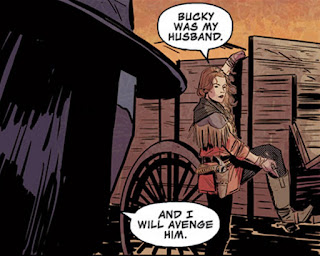 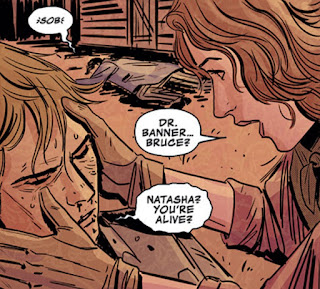 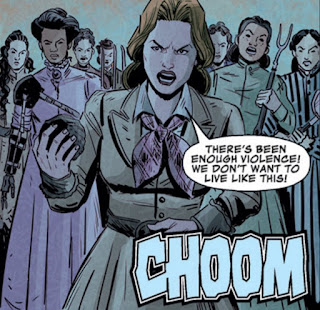 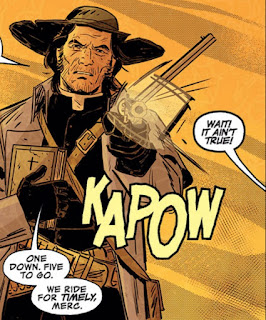 The action is set in motion by a Cheyenne warrior named Red Wolf (you can read about Red Wolf comics in a previous column.) Red Wolf wants to destroy the dam and restore the river to its course, for the sake of his people and of the river itself. He is captured, though, and Marshal Rogers must defend him from a lynch mob. When Rogers and Red Wolf become troublesome, Mayor Fisk calls in a gang of gunfighters, led by Bullseye. The gang includes Otto Octavious (alias Dr. Octopus). He doesn't have eight arms, but he is armed eight times... 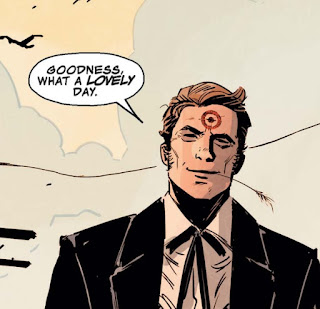 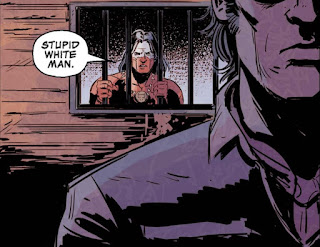 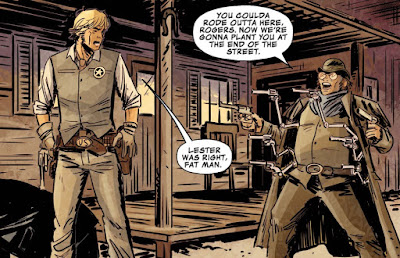 This is just the set-up- I won't say much more, in case you want to read it for yourself (and you should). I will say this: at the beginning it looks as if Steve Rogers and Tony Stark are going to be the main heroes (Captain America and Iron Man, after all), and Red Wolf will be a supporting character... but instead, the Cheyenne becomes the center and driver of the plot, and the main hero. That's nice to see. The ladies -including Elektra as one of the hired guns -also hold their own. 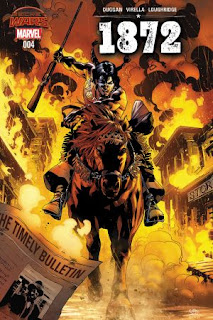 It's a quick read, and a fun one. Check it out.