Last month I talked about DC's most famous Native American Indian character, Scalphunter (who was Kiowa culturally but not by blood, being a white child raised by the tribe.) This time I'll discuss Marvel's top American Indian, Red Wolf -who (like the Ghost Rider and Iron Fist) is actually several different people, but in his case all of them are Cheyenne. 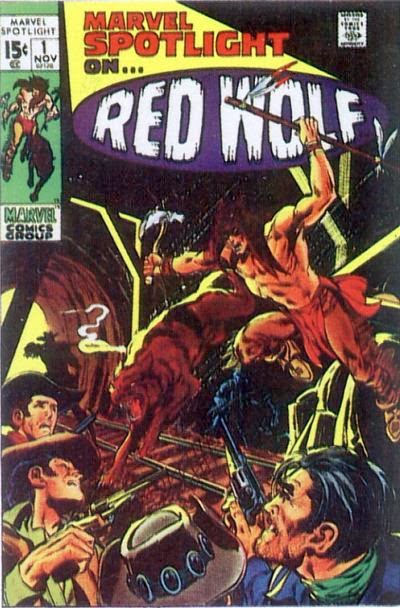 The character was first introduced in 1970, in the pages of The Avengers (by Roy Thomas and John Buscema, one of my all-time favorite creative teams.) Red Wolf is actually a long line of special guardians of the Cheyenne people, appointed by the wolf-spirit Owayodata and given enhanced physical abilities and senses, as well as a wolf companion usually called Lobo. The Avengers met the latest in that long line, in the (then) contemporary world of the 1970s. 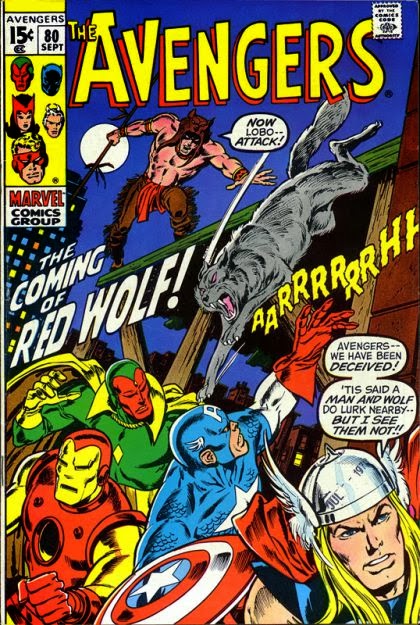 That incarnation of Red Wolf appeared often in ensuing years, frequently as a guest star in other superheroes' titles but sometime, as in Marvel Spotlight, on his own. Since the 1980s he has been part of the Southwestern-based superhero team The Rangers. 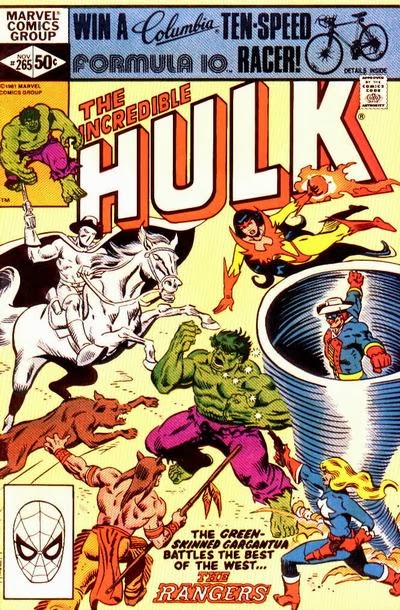 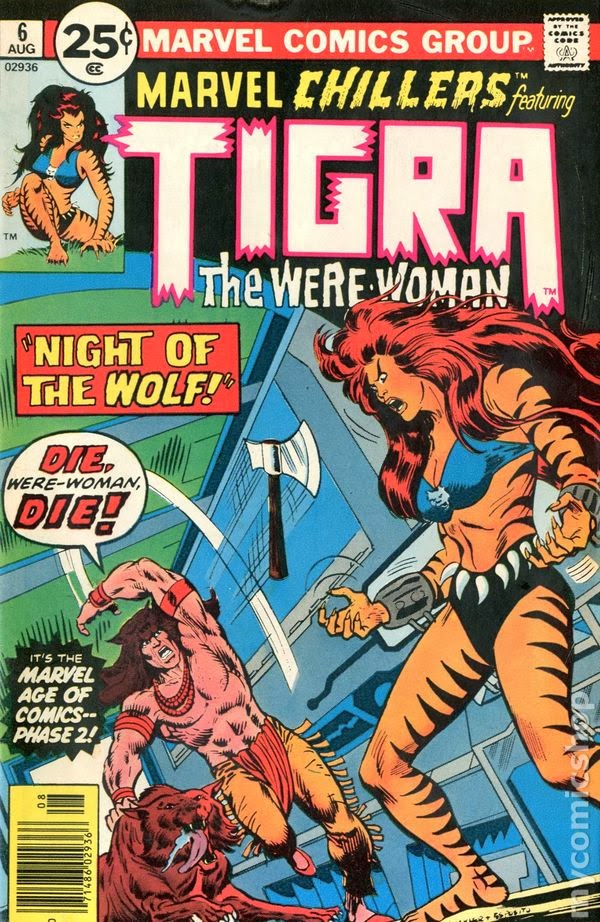 Since the 1970s, Marvel has also released many stories featuring the 1870s Red Wolf, who had his own miniseries and has appeared in such "western all-star" miniseries as Blaze of Glory and Rawhide Kid and the Sensational Seven, as well as encountering the Avengers on various of their time-traveling adventures. Red Wolf Guardians from other eras have popped up as well. 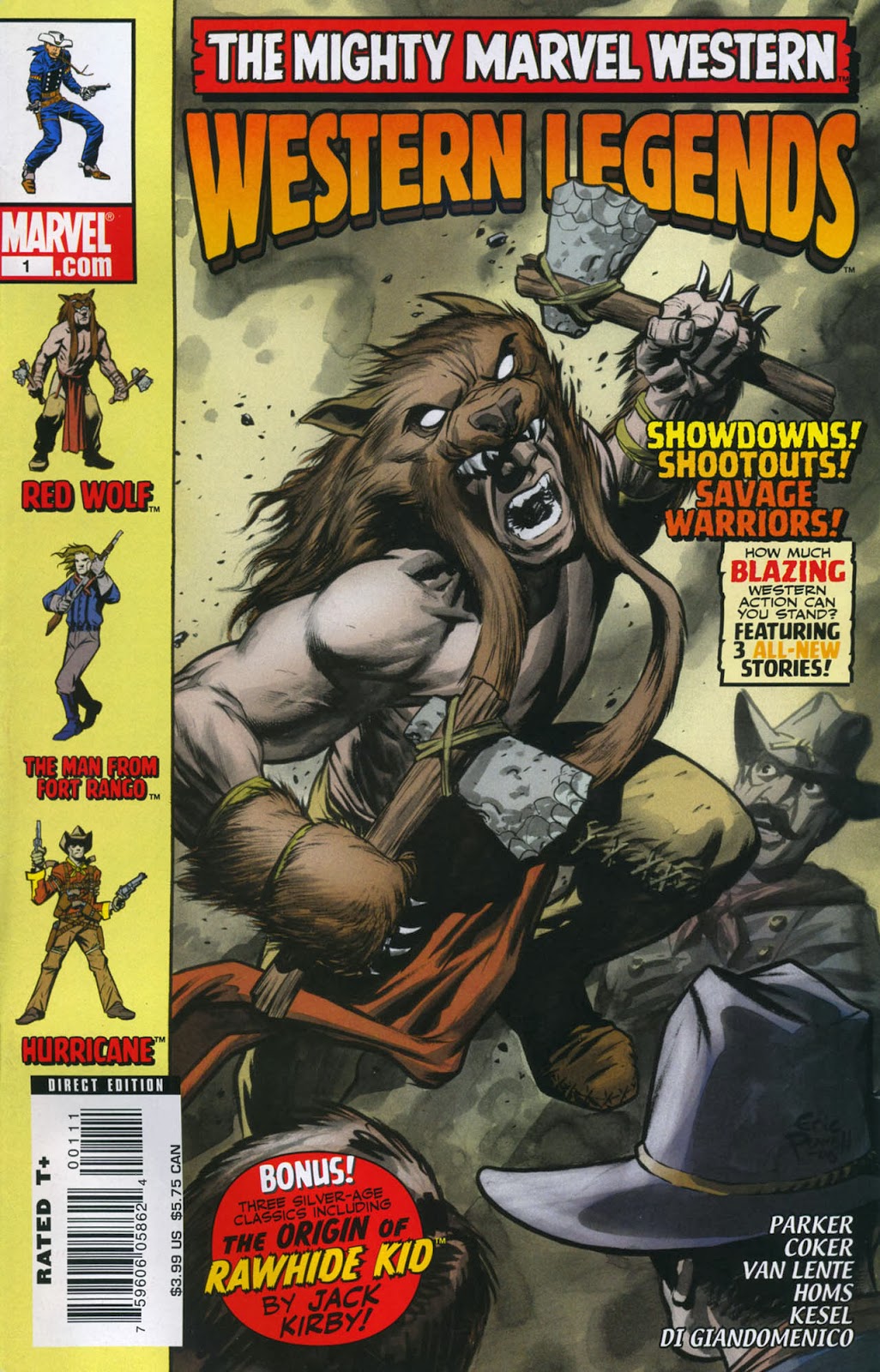 And oh yes... he has his own action figure. 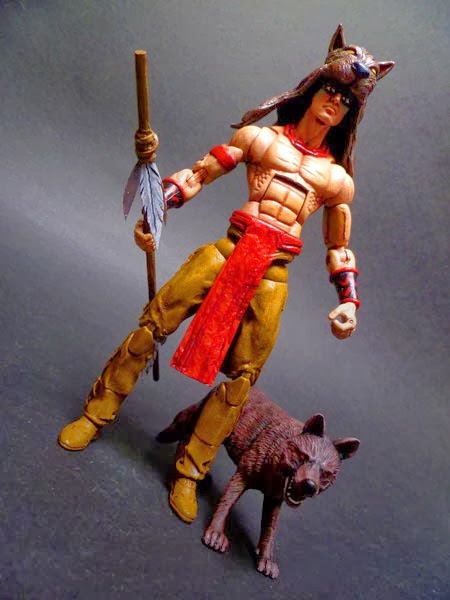 Here is a list of the Red Wolf incarnations touched on so far:

Wildrun: the 18th century Red Wolf, who protected his people from the Sioux and was the first Cheyenne to tame the horse. 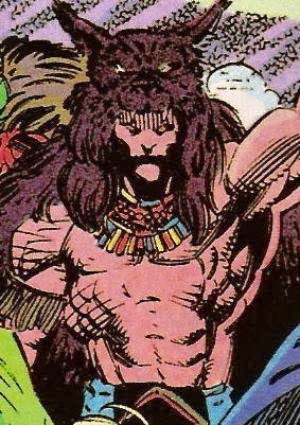 Johnny Wakely: the "Old West" Red Wolf, a Cheyenne raised by whites who served as an army scout, until the Wolf-Spirit appeared to him and granted him its power- after which he became the guardian of his people's heritage. 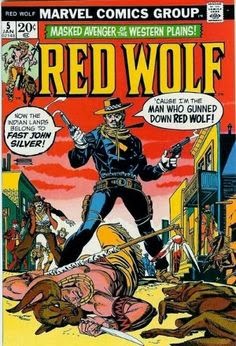 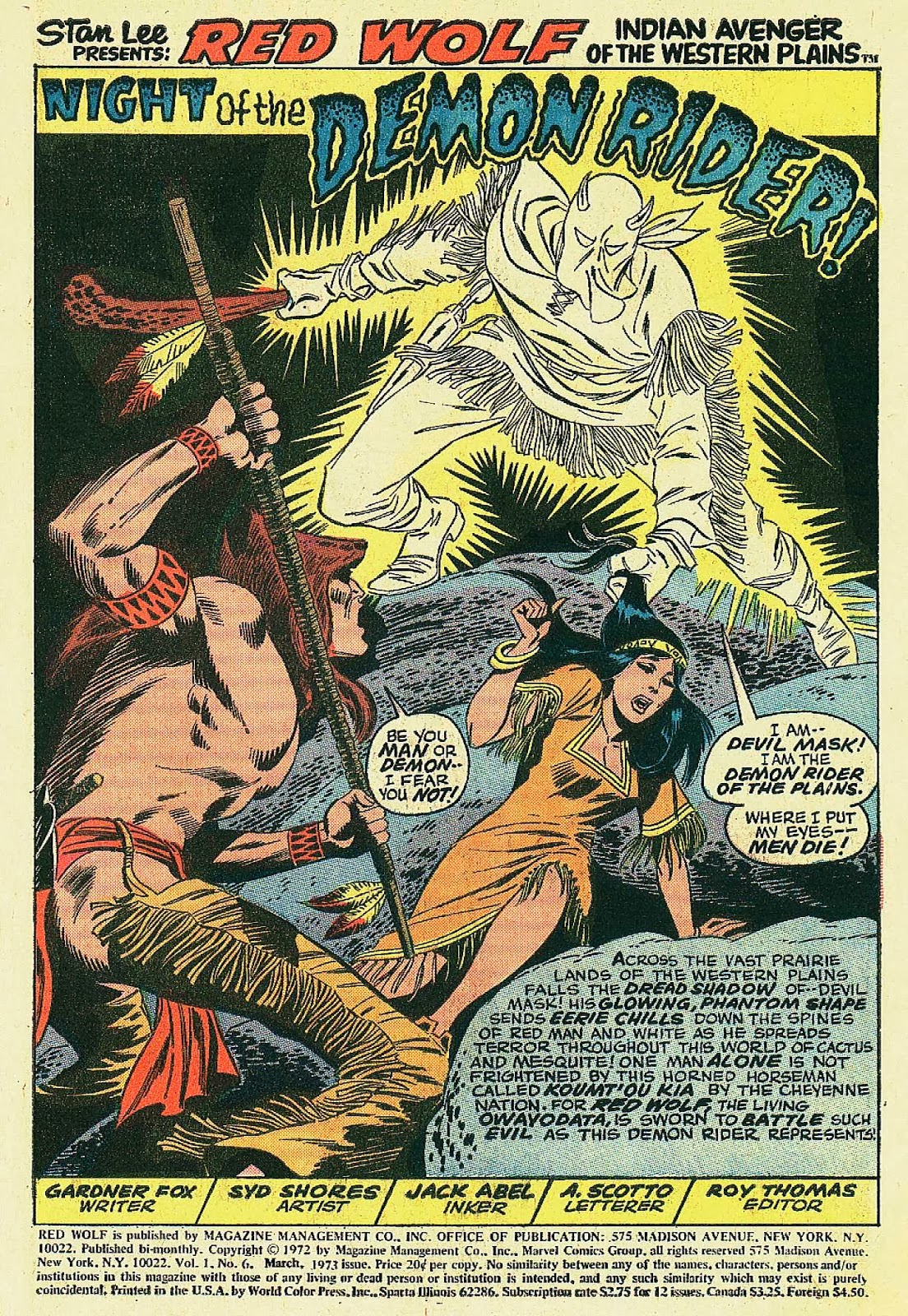 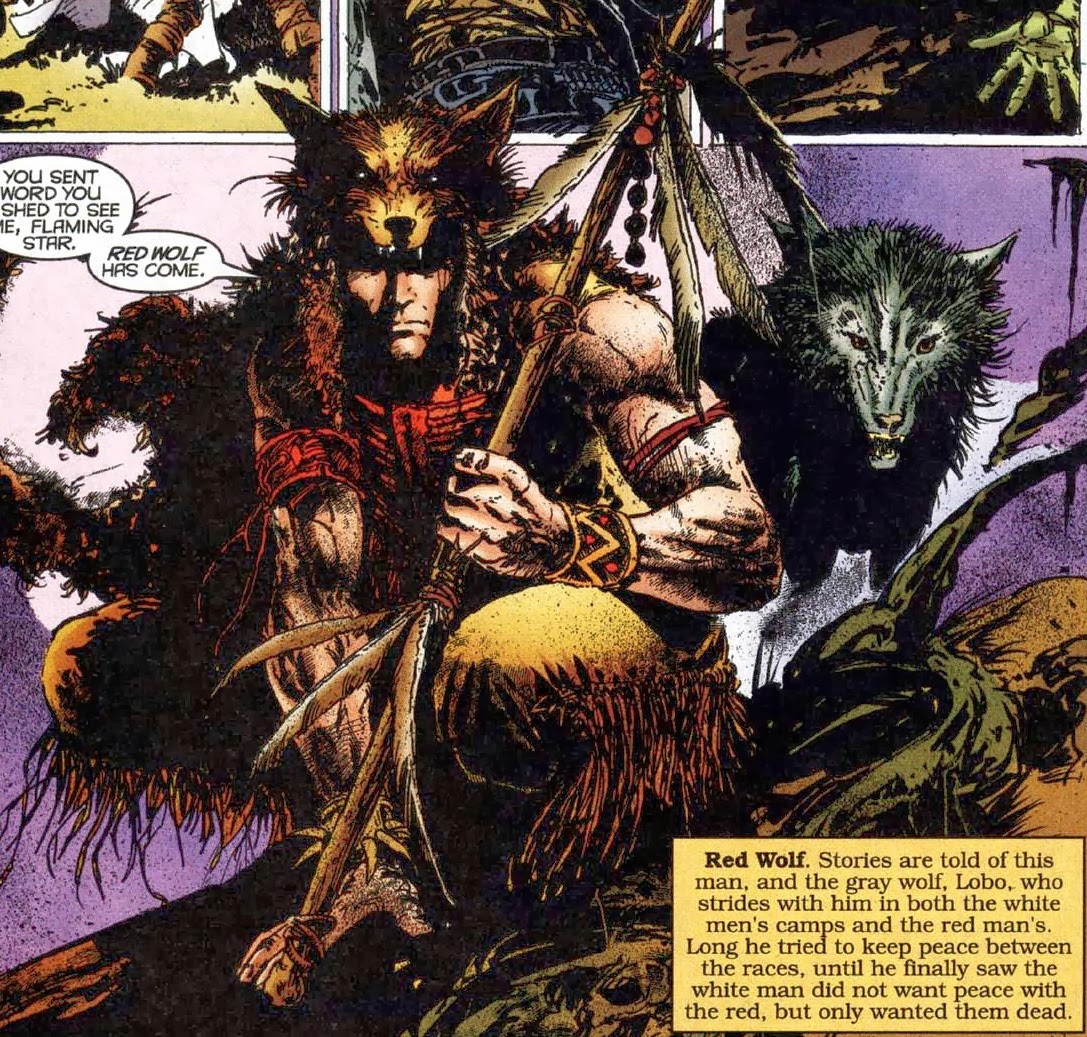 Will Talltrees: the current Red Wolf, and member of the Rangers. 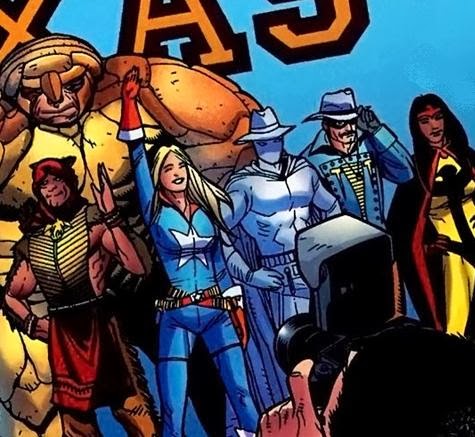