Think about the anguish you might experience if you accidentally shot and killed your best friend. This is what happened to Wild Bill Hickok.

On the morning of October 6, 1871, Marshal James B. Hickok sat in a chair in his boarding house room struggling with his emotions. The night before, he had gunned down his close friend, Mike Williams. 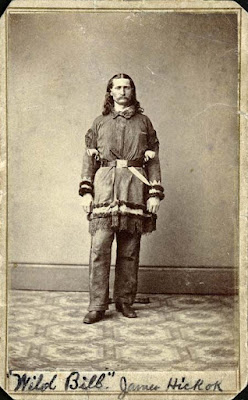 Hickok stared at the Navy Colt in his hands, trying to make sense of what happened.

On Thursday night, Oct. 5, the Abilene, Kansas, lawman had just finished dinner when rabble-rousing Texas cowboys crowded onto the streets to celebrate the end of the cattle season.

According to the Kansas Historical Society, a few of the pranksters and party-goers even tried to get Wild Bill to join them. Hickok waved them off and sent them to the Novelty Theater to get a few drinks on his tab.

A couple of hours later, about 9 p.m. Hickok and Special Deputy Mike Williams stood talking in front of the theater when the sound of gunfire from around the corner interrupted their conversation.

Acting on instinct, Wild Bill charged through the door of the Alamo Saloon, a short-cut to Cedar Street where he heard the gunshots. When Hickok walked outside, he approached the crowd and demanded to know who did the shooting.

Gambler Phil Coe, who shared ownership of the Bull’s Head Tavern with Ben Thompson, admitted he fired a couple of shots at a stray dog. 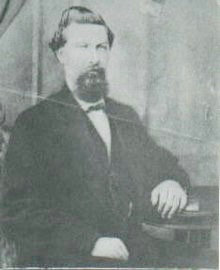 Hickock and Coe had no use for each other. Some said the bad blood flowed because of a dispute over a woman. Whatever the reason, most people expected the animosity would eventually lead to a showdown between the two.

What happened next differs in the retelling, depending on what source you read.

The historical society said Hickok ordered Coe arrested for shooting a gun within the city limits. Coe, however, who once vowed to see Hickok dead "before the frost set in," turned his gun on Wild Bill and fired twice. 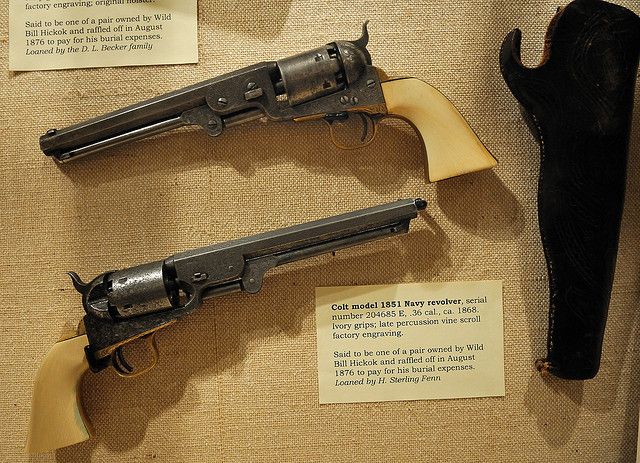 Both bullets missed. Hickok, known for his speed and accuracy, drew his Navy Colt revolvers and fired. The bullets struck Coe, who fell to the street with a wound in his stomach. He would die a few days later.

After Coe crumpled to the ground, Hickok spotted what he thought was an armed man pushing his way through the crowd toward him. The hour was late. The visibility poor. Hickok assumed the man was an accomplice of Coe.

He fired. Twice. Despite the darkness, both bullets found their mark. But the victim was no accomplice of Coe.

Shocked and devastated by his mistake, a grieving Hickok lifted Williams into his arms.

He carried him into the Alamo Saloon and placed him on a billiard table.

Some historians said Hickok's eyesight had been deteriorating because of glaucoma.

Less than two months later after the shootings, Abilene officials decided to end its association with the cattle trade.

As a result, the town no longer needed a high-priced lawman like Hickok.

It's believed Williams was the last person Wild Bill Hickok had killed.