When you mention the word “cowboy,” people usually get a fairly vivid mental image. But is that image accurate? Here are some facts a writer of Westerns should keep in mind about these hard-working historical figures. 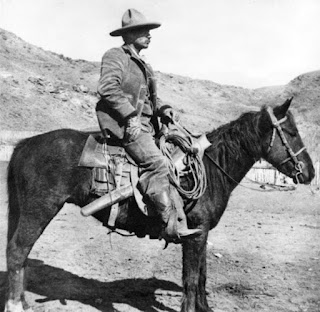 Expectation: Cowboys are as American as apple pie.
Reality: The tending of cattle as a profession has its roots in Europe, particularly in Spain. American cowboys learned from Spanish and Mexican workers, which explains how words like lariat, buckaroo, chaps, rodeo, lasso, remuda – even the word ranch itself – became part of the cowboy vernacular.

Expectation: John Wayne was the perfect image of a cowboy.
Reality #1: Many, if not most, cowboys deserved the name. It’s a tough life, and the older you get, the harder the job is. Sprains and broken bones leave lasting damage you feel after a certain age. Cowboys started out in their early teens, some as young as 12-14, and were earning a man’s wage before they needed a good shave. Sure, they wouldn’t be the trail boss or take point on a cattle drive, but they made up a good bit of the working force of a cattle operation.

Reality #2. There weren’t as many white-bread workers as you’d think. Blacks, Mexicans, Native Americans, Europeans and men from Mediterranean countries worked right alongside the Anglos, often outnumbering them. Remember: tough life. Immigrants have always taken the jobs nobody else wanted, and cowboying was a hard, dangerous job. After the Civil War, as much as a quarter of total ranch hands were freed slaves. 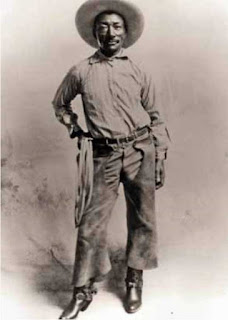 Expectation: Cowboys were supremely attractive to the opposite sex.
Reality: Cowboys often wore their clothes for weeks without changing them. They lived rough, and often had neither the time nor the inclination to clean up their act. Of course, it was different when a cowboy went into town – then, you were expected to get gussied up in your Sunday best and do a little sparking. But when encountered in their day-to-day jobs, a cowboy wouldn’t exactly turn a woman’s head (unless she happened to be standing downwind, perhaps).

Expectation: Cowboys followed a “Cowboy Code,” perhaps best vocalized by one of the most famous TV cowboys, Gene Autry:A cowboy never takes unfair advantage, even of an enemy. A cowboy never betrays a trust. A cowboy always tells the truth. A cowboy is kind to small children, to old folks, and to animals. A cowboy is free from racial and religious prejudice. A cowboy is always helpful, and when anyone’s in trouble he lends a hand. A cowboy is a good worker. A cowboy is clean about his person, and in thought, word, and deed. A cowboy respects womanhood, his parents, and the laws of his country. A cowboy is a patriot.
Reality: Cowboys were common workingmen. Sure, some of them were honorable and loyal. Most were ordinary young men out for a paycheck. They ran the gamut from sterling characters to men you wouldn’t want to meet in a twilight alley, just as in most jobs. Being a cowboy was no different from taking any other job at the time. 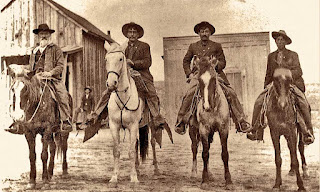 J.E.S. Hays (www.jeshays.com)
Sources:
Adams, Andy: The Log of a Cowboy
Capozzi, Niko: The Myth of the American Cowboy
Posted by JES Hays at 12:00 AM