Cinco de Mayo. The holiday long believed to have been imported (with Corona and Dos Equis) from Mexico – isn’t a Mexican holiday at all. According to Los Angeles Professor David Hayes-Bautista from the University of California, it’s an American holiday created by Latinos in the West during the Civil War.

Contemporary thinking has the holiday growing out of mass migrations from the Mexican Revolution (1910s) or even during Chicano Power during the 1960s. However, Hayes-Bautista, after poring over Spanish-language newspapers in California from the mid-1800s, discovered some surprising facts. 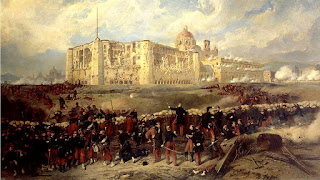 Cinco de Mayo does indeed mark a Mexican military victory, but it’s celebrated more in the US because in 1862, US Latinos of Mexican heritage interpreted the victory as a rallying cry that the Union could win the Civil War. "I'm seeing how in the minds of the Spanish-reading public in California that they were basically looking at one war with two fronts, one against the Confederacy in the east and the other against the French in the south," Hayes-Bautista said in an interview with CNN.

On both fronts, they were fighting for the same thing: freedom and democracy. The French, who sought to impose a monarchy over democratic Mexico, sided with the Confederacy. Hispanics sided with the Union in its fight against slavery and elitism.

Hayes-Bautista was combing newspapers in California and Oregon for vital statistics from the 1800s when he noticed how the Civil War and Cinco de Mayo were intertwined. “The French goal was to eliminate democracy – and remember that Mexico had democracy only for 30 to 40 years at that point,” he noted. Napoleon III’s plan was to instill a monarchy over Mexico and have that monarchy cooperate with the Confederacy.

In early Spring, 1862, the Union army was unable to move against the Confederates and American democracy was “apparently not doing too well,” Hayes-Bautista said. The French entry into Mexico troubled Hispanics. “Latinos in California were reading about every single battle of the Civil War,” he said. “They were very well-informed, and they were reading with a three-week delay of similarly detailed reports from Mexico.”

By early May, the French were about 60 miles from Mexico City and some Latinos feared the Civil War might be over. But the rag-tag Mexican army withstood the much larger and better-equipped French army in the city of Puebla, and Spanish-language newspapers in California reported with such headlines as “HURRAH FOR MEXICO!!! HURRAH FOR INDEPENDENCE!” 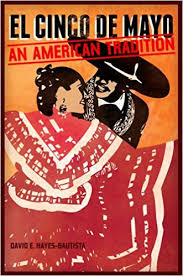 In his book, El Cinco de Mayo: An American Tradition, Hayes-Bautista writes: "In town after town, camp after camp, mine after mine, ranch after ranch, Latinos eagerly absorbed the news. Those who could read shared the glorious details with their illiterate fellows, and up and down the state, Latinos savored the blow-by-blow reporting from the front lines of the conflict that had so riveted their attention."

The Cinco de Mayo victory was then memorialized through a network of Latino groups called “juntas patrioticas melicanas” (Mexican Patriotic Assemblies), mostly in California but also in Oregon, Nevada and Arizona. They had up to 14,000 members according to Hayes-Bautista. The juntas celebrated Cinco de Mayo with monthly parades, speeches, dances, banquets and bull fights as a morale builder for Abraham Lincoln and (Mexican president) Benito Juarez who, despite the Cinco de Mayo victory, was subsequently engaged in a three-year struggle against foreign occupation until 1867.

“From 1862 to 1867, the public memory of Cinco de Mayo was forged in the American West, Hayes-Bautista said. But by 1890, the grandchildren of the veterans and juntas had to be taught about Cinco de Mayo. “The meaning of the holiday changed over time, becoming a David versus Goliath tale among Mexican immigrants in the 1930s and embodying US-Mexico unity during World War II and Chicano Power in the 1960s and 1970s,” he added. 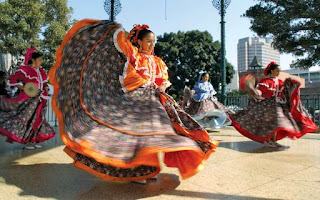 In Mexico today, Cinco de Mayo means the Mexican army defeated the French army, but in California and Oregon during the Civil War, the news was interpreted as the army of freedom and democracy winning a big one against the army of slavery and elitism. Cinco de Mayo is a truly American holiday – and a good excuse to lift a couple of Coronas in celebration.