New Year's in the Old West

People have been celebrating the beginning of the New Year for at least four thousand years (probably since we discovered what a “year” actually was). Most civilizations have similar customs: eating special foods, celebrating with a party, making resolutions, and setting off fireworks. 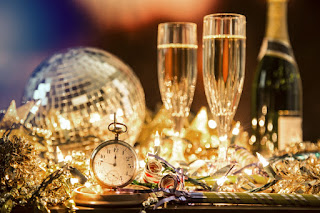 Your Old West characters wouldn’t have celebrated much differently than you do yourself. They’d have started celebrating on December 31 and probably kept going for some time after midnight. They may or may not have had fireworks – depending on where they lived and whether or not they had the cash for such frivolities. They’d probably have sung “Auld Lang Syne” though and may have followed the traditions of their ancestors.

If your parents were Spanish or Mexican, they’d have eaten one grape for every peal of the church bell at midnight. This was said to bring 12 sweet months ahead. If you came from Austria or Hungary, pork would be on the menu because pigs represented progress and prosperity. Beans, which resemble coins, were also representative of prosperity. Italians ate lentils and Americans living in the South enjoyed black-eyed peas. In the Netherlands and Greece, ring-shaped cakes and pastries symbolized that the year had come full circle, and in Sweden and Norway rice cakes were baked with an almond inside one cake. Whoever found the almond was said to be certain of good fortune all year. 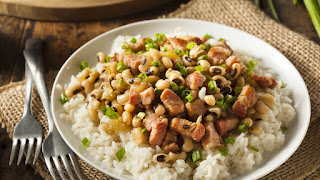 If your family was English, you might leave your “dirty” money outside on the night of December 31 and take in the “clean” cash after midnight. In Scotland, they believed the first guest of the New Year was very important. They called this practice “first-footing” and felt that the perfect first visitor was a tall, dark male bearing a lump of coal, some shortbread, salt, a black bun, and a “wee dram” of whiskey. Swiss ancestors might teach that dropping a dollop of rich whipped cream on the doorstep will usher in riches for the New Year.

The practice of making a New Year’s resolution is believed to have started in ancient Babylon, where citizens paid off debts and returned borrowed tools as well. They believed that their resolutions impressed the gods and caused them to look favorably upon that person. After a wild New Year’s Eve party, most people would resolve to drink less and go to bed at a decent hour! 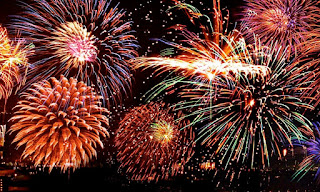 January 1 wasn’t even thought of as New Year’s Day until Julius Caesar introduced the Julian calendar in 46 BC. Before then, every culture celebrated on different days depending on which calendar they used. The Chinese set the date at the second new moon after the winter solstice. Egyptians, on the other hand, celebrated at the annual flooding of the Nile river, which coincided with the rising of the star Sirius. Julius Caesar decreed that the first day of the year would be January 1, honoring Janus, the Roman god of new beginnings. In medieval Europe, Christians changed the date to celebrate New Year’s on various other holy days, from December 25 to March 25 (the Feast of the Annunciation). In 1582, Pope Gregory XIII reestablished January 1 as New Year’s Day.

Your character could celebrate New Year’s any way you choose, picking from one or several cultural traditions. The important thing is to celebrate the beginning of a new cycle in their life. May your modern New Year be a healthy and prosperous one, with good fortune for you and your family.