This time around Western Fictioneers is interviewing Charlie Steel. What an interesting perspective Charlie has given on writing, research, and how he became a writer. Read on. I'm sure you'll find something you can relate to as you take your writer's journey. 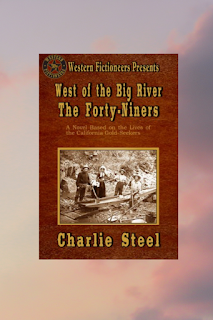 Charlie, when did you realize you wanted to be a writer?

At age 8, when I started reading, I thought, "I can write too." I had broken into my father's library and quickly devoured Zane Grey, Max Brand, William MacLeod Raine, Jack London, Gene Stratton Porter, and James Oliver Curwood. Thank goodness for Webster's Dictionary ( I still mispronounce the words I learned on my own at that early age). Secondary to that, and ever since I can remember, I have always had stories in my head.

Did you choose the genre of Westerns or did it choose you?

I knew so much about the WEST, and it felt comfortable to write in that genre. (I hate the word genre, as a good story is a good story no matter time or place.)

What was the nudge that gave you faith that you could and wanted to be published?

In the early '60s, my first vignette was published in a college paper at age 17. It was well-received. Then I did two plays that earned both Pitt & Balcony Theatre and Michigan State University tens of thousands of dollars.

I didn't write a good query letter, didn't edit very well, and after a hundred or so rejections, I gave up submitting for some 40 years. But I kept on stockpiling hundreds of short stories, some plays, and enough material for over 80 books. In 2002, I met an editor who read some of my work and began to help me. I was published in 2003 and haven't stopped. I don't self publish, and I like smaller publishers; they are much kinder to a writer.

All of my 500 plus manuscripts from over 50 years of writing have to be edited and some rewritten. That takes 3 months to 2 years. Editing is horrible and my worst enemy. I will never submit a story to a publisher until it is as good as I and other professional editors can make it.

Yes, my experiences have definitely influenced my writing in many, many ways. To begin with, I was precocious as a kid, living in a very small town. I burned down a barn (accidentally) at age four and was the first four-year-old to be arrested for arson. The police eventually took me out of lockup and turned me over to Dad. My father levitated me and performed extreme discipline, yelling, "Four years old and already arrested and in jail." (Lucky I lived through that.) At age 19, I joined the Army, was lifted out by the government because of my test scores and personality traits. Then I trained and served behind the Iron Curtain monitoring Russian activity. After discharge, I went back to Berlin as a civilian with higher pay and performed the same functions for several more years. I then worked my way through eight universities, earning five degrees, including a Ph.D. Later I was hired as a Child Protection Worker in a high-risk city. In that capacity, facing drug-dealers and guns while trying to remove children, with or without police assistance, was in many ways more dangerous than being behind the Iron Curtain. It forced me to see the "belly of the beast" and nearly destroyed my health. I don't understand my proclivity for dangerous jobs, but I did them to the best of my ability.

Writers write based on what they know and have experienced. Going back to my childhood, I worked beginning at age six doing chores around the house. My parents were stern taskmasters, and I was responsible for helping keep the much-needed garden weeded and watered. Later, I worked for others. I was hired as a grocery store worker at age 10 to help purchase my own clothes. Among many other jobs were oil field worker, construction, foundry work, and salvage diver. (Nothing really out of the ordinary as all of us born in the '40s worked from childhood on. We had to; most of us were poor.)

I understand you have an upcoming release. Where did the idea spring from?

STRONG WOMEN OF THE WEST Anthology is my latest and will be released by Condor Publishing, Inc., in January 2021. I wrote this book as a tribute to my mother and all strong women wherever they may live. My mother was tough and did everything she could to keep me on the "straight and narrow," and sometimes not so gently. She would have won World War II if they had put her in charge. She declared war on dirt and on bad behavior in our house—she won. I admire strong, intelligent women. To me, intelligence is a beautiful thing and lasts a lot longer than good looks, which, of course, is superficial and overrated. The idea of writing about strong women came naturally, and some of the stories in this work were written decades ago. Women make up half the population or more and should have been running this world ages ago. (Look what a mess men have made of it.)

I have to ask are you a plotter or a pantser?

All my life stories came into my head—beginning, middle, and end. The majority I never wrote down, and they are lost forever. But some 500 or more, long or short, were written as they came to me, nearly fully composed. (Of course, they all needed rewrites and further research.) My best books or short-stories are those I wrote non-stop within a few days as fast as I could type. But as stated before, the editing takes forever… 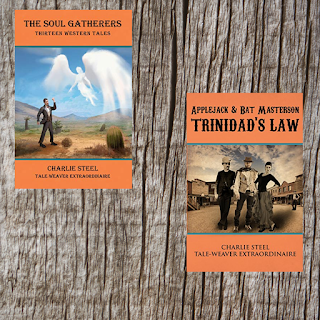 Do you follow a routine or write when the muse strikes?

I used to write every day. I am old, and now I take my time. Besides, I have those many manuscripts that are finished and need editing.

I also have many other stories that are not complete. It is a terrible thing not to finish a manuscript. I am currently attempting to work on some of them. In my conversations with other writers, I am not alone in this.

Which is your favorite to write, short stories, novellas, or full-length novels?

SHORT STORIES capture a world and define it, mesmerize, and end with a concise conclusion. The short story is my favorite because it makes the reader think, wonder, and fill in the unwritten details.

Is there a process where you find your next story, or does the idea just hit you?

It smacks me in the face…and pleads to be written down.

We all have something that makes us unique. Is there anything else you feel people would like to know or would be surprised to learn about you?

Reading saved my life when I was a child. I started school too early (four-years-old) and was in a fist-fight nearly every day throughout grade school. Books were my world, along with avid fishing and hunting. What fish and game I brought home, the family ate. There is no better meat than venison.

Do you write in other genres?

(Science Fiction, don't tell anyone. A book of short stories will come out someday.)

What are your favorite areas of research, and why are they important to you?

Any credible book, article, or interview helps a writer. Most research material available to a writer is endless. Details sometimes on a rarified subject are hard to find.

The Indian experience (my Indian friends do not like the term Native American) and their decimation, for example, has never really been told as to how gruesome it was. The deliberate elimination of Indians, tribe by tribe, from the East Coast to the West Coast is our shame and our holocaust. Historians didn't tell the truth (and often still don't) and did not document exact details, and they participated and exulted in the Indian's demise. We are fortunate that any tribe exists today. In this very present time, treaties and promises have not been kept. Indians still live isolated and in abject poverty; treaties are still broken, and land is still stolen. Wish I could write about it in more detail, but it is such a horrible history, beyond human understanding.

Research is essential; we try to get it right. All writers make mistakes, but hopefully, we do the best we can.

Thank you Charlie for the interview. Wishing you the best on the upcoming release.  For those who would like to know more about Charlie and his books, check out the following links.