This month, we’re continuing my research into interesting facts from U.S. history. On May 14, two useful products were patented in America: condensed milk and Vaseline. 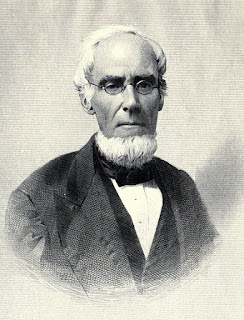 In 1853, Gail Borden, teacher, rancher, businessman, land surveyor, newspaper publisher, politician, and inventor, became the first person to successfully develop a commercial method for condensing milk. Mr. Borden was born in 1801 in Norwich, New York, where he lived with his family until they moved to Kentucky in 1814. It was there he learned how to survey land by helping his father plot the future city of Covington.

On the move again, Borden taught school in Indiana and Southern Mississippi before eventually settling in Texas in 1829, joining his father and two brothers. He started out raising cattle and farming, but soon found a calling in the political arena. As a delegate to the Convention of 1833, he helped write the first draft of the Republic of Texas Constitution. He was also appointed the Republic of Texas Collector of Customs in 1837, for which he raised government funds.

Borden also co-founded the first lasting Texas newspaper in 1835 (the Telegraph and Texas Land Register). He ultimately had to sell his newspaper shares due to ongoing financial difficulty but continued his surveying career and helped lay out the city of Galveston and co-plotted Houston. Borden even contributed to the first topographical map of Texas.

In 1849, Borden began experimenting with beef processing. He invented a dehydrated product called the “meat biscuit,” loosely patterned after the Native American pemmican. He sold some of these biscuits to men seeking gold in California, and more to Arctic explorer Elisha Kane. The meat biscuit won Borden the Great Council Medal at the 1851 London World’s Fair, and he set up a factory in Galveston to produce the food. He was aiming for the military market since the military of any country needed easily transported food that wouldn’t spoil. However, none of the expected customers materialized. Not only did customers complain about the taste and texture of the “biscuits,” but the U.S. Army actually concluded that the product didn’t satisfy hunger and might even have made people ill. Borden filed for bankruptcy in 1852. 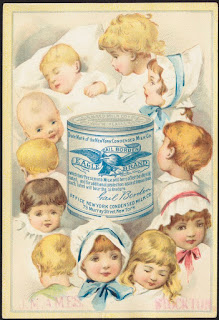 This set-back didn’t deter the inventor, though. On his way back from the London World’s Fair in 1851, both cows on board the ship died, as did several children who had drunk their disease-contaminated milk. Borden became interested in a method to preserve milk, inspired by the vacuum pan he had seen Shakers use to condense fruit juices and herbs. Borden learned how to reduce milk without scorching or curdling it, and eventually succeeded in producing a milk derivative that lasted without refrigeration. After three years of refining the product, Borden patented the process, abandoning his “meat biscuit,” and partnered with Jeremiah Milbank to found the New York Condensed Milk Company.

To ensure a sanitary product, Borden established strict requirements for farmers supplying his factories with raw milk (the “Dairyman’s Ten Commandments”). These included washing the cows’ udders before milking, keeping the barns swept clean, and scalding and drying their strainers twice a day. By 1858, Borden’s condensed milk (sold as Eagle Brand) had gained a deserved reputation for purity and economy. 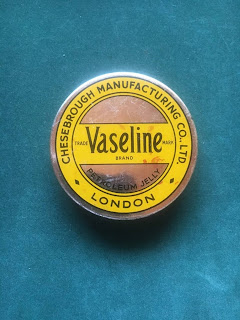 Meanwhile, in other inventing arenas, Robert Chesebrough, the chemist who had formerly clarified kerosene from sperm whale oil, traveled to the Pennsylvania oil fields in 1859 (after kerosene had been rendered obsolete by petroleum products). His goal was to research new materials that might be made from this new fuel. Chesebrough learned of a residue called “rod wax” that had to be periodically removed from oil rig pumps. Oil workers had been using the greasy residue as a cure-all for cuts and burns. Chesebrough took samples back to Brooklyn and extracted the petroleum jelly, which he patented as Vaseline on May 14, 1872. He claimed to have invented the name by combining the German word for water (wasser) with the Greek term for olive oil (elaion).

Chesebrough promoted his new product by driving around New York and burning his skin with acid or open flame, then applying Vaseline to the wound and showing his healed scars. By 1874, stores were selling over 1400 jars of Vaseline a day. Chesebrough believed in his "new" product so much that he ate a spoonful daily until his death at 96. In actuality, petroleum jelly had been in use among the Native Americans since the early 1400s. They built sophisticated oil pits to extract the substance, which they used for protecting and healing the skin. Chesebrough just refined the product and made it marketable. 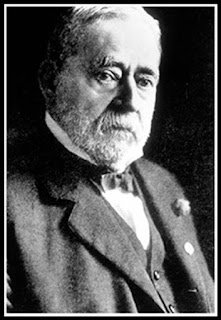 If you’re writing about these periods in history, your characters could certainly encounter condensed milk or Vaseline (or both), or even meet their respective inventors.