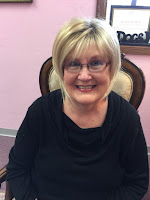 Several months ago, I blogged about starting on my “ancestry” journey. I gave myself a subscription to Ancestry . com, and voila! I was on my way!

I had put off doing that for a long time because I was afraid it would be too expensive and would take up too much time. I was wrong on both counts! I got my membership for only $59 during a Mother’s Day special, and as for time—you can spend as much or as little as you are able. I find myself just browsing through my ancestors, and learning things that one day, I hope to sit down and write into a linear genealogy “book” or journal.

What makes this so fascinating for me? Probably because family, to my mother and her generation, was everything. And my mom, being the oldest of 11 kids, was charged with “remembering everyone” – sort of like Aunt Pittypat in Gone With the Wind. So to her, it was very important to pass on family history and stories she’d grown up with.

How I wish I had paid more attention! When I write my books and novellas, I do find myself including some of the stories she told us in those writings. But seeing pictures of some of the people I’ve heard her talk about has been such a revelation. And I’m not sure why, but seeing their handwriting has somehow been almost spiritual for me…maybe because I write all my work in longhand in notebooks before I enter them on the computer. So seeing the handwriting of my ancestors lets me imagine them with a pen (or quill) in hand, writing their names—and on the census reports, imagining them writing their children’s names and ages.

Just picturing the point in their lives in these milestone documents—marriage licenses, military registration cards, death certificates, census documents—even some personal letters that have been included are slowly but surely bringing these long-ago relatives to life for me. 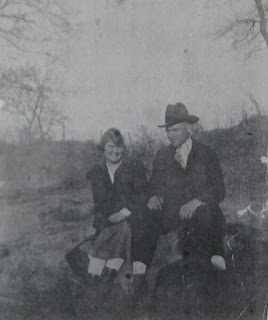 My mom's parents, Mary McLain and Tom Stallings, when they were 'courting'--this would have been around 1918 or so. These are my grandparents--my granddad died when I was 10, and my grandmother died when I was 16. (My granddad, Tom, is the son of John Stallings and Emma C. Ligon Stallings that I will mention later on.)

This is the page from the 1860 Census for Smith Co., Tennessee. My great grandfather, John Stallings, was only 2 years old. From this record, we can note his father is not in the picture, only his mother, Sarah Hale Stallings. Evidently, she was living with a relative—most likely a brother, Richard Hale, who is 5 years older than she is. There are two other children with the last name of Wooten. I’m anxious to research this part of the family. My mother told me many stories about John Stallings, who was her grandfather, my great grandfather. 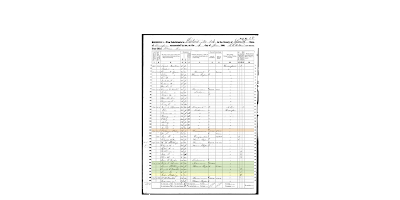 John grew up and became the headmaster at a school, but he had a temper. The story goes that he was heavy handed with the paddle on one of the students, and had to “get out of town” quickly—but when he did, he did not go alone. He took my great grandmother with him and they eloped! That was when they left Tennessee and headed for Oklahoma, settling in the southeastern part of what was then Indian Territory. 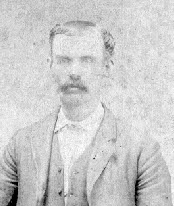 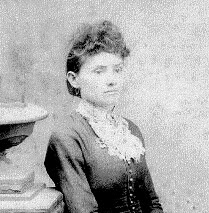 There have been some surprises, too! I discovered that my grandmother’s oldest sister was born out of wedlock. Another couple who had lived together as man and wife and raised 11 children together were not legally married until the last child was in college. 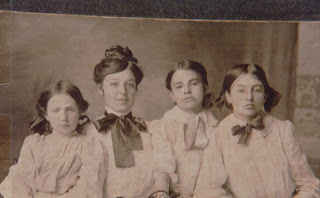 This is a truly fascinating journey, and I’m always anxious to “get back to it” again whenever I can. I have a lot of work and ‘refining’ to do on my family tree, but oh, the discoveries I’ve made and look forward to making in the future!

On my father’s side, using documentation that has been added by other relatives on their trees, I’ve been able to trace my 8th great-great grandparents back to England and Ireland. Now that I know that, at some point, I will pay the extra money for access to global records and see how much farther back I can go.

Have you ever traced your family ancestry? Did you find a surprise or two? Doing this has inspired me with a couple of really great story ideas!
Posted by Cheryl Pierson at 5:19 PM