On This Date in the Old West: November 12

As usual, many things happened “on this date” in history, but we will concentrate on two that your characters might have experienced. For our first date, we must go back to the first week in November for a little history. 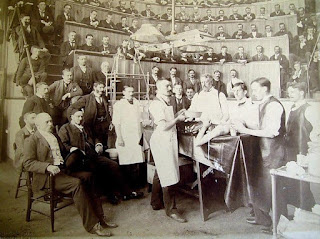 James Young Simpson, professor of Midwifery at Edinburgh University, along with his assistants Matthew Duncan and George Keith, had gotten into the habit of experimenting with various chemicals in his dining room. He was trying to find a suitable anesthetic. What could possibly go wrong? On November 4, they tried a chemical they had previously dismissed as unpromising. This time, however, they had quite a different response. At first, a feeling of elation came over the three men, then they quickly lost consciousness. When he came to the next morning, Simpson knew he had discovered a chemical he could use as a general anesthetic. Within a week, other doctors had adopted this new anesthetic for their own operating tables.

Chloroform was first invented in 1831 by a chemist, Dr. Samuel Guthrie, who was in search of a cheap pesticide. He combined whiskey with chlorinated lime; nowadays it’s made by chlorinating methane gas. It’s a sweet-smelling, colorless liquid that is non-flammable. Simpson’s solution to the anesthetic problem was to drip the liquid onto a cloth or sponge held so that the patient inhaled the vapors. I haven’t found any information on how good a pesticide chloroform was, but as an anesthetic, it did work quickly and produce narcotic effects on the central nervous system. 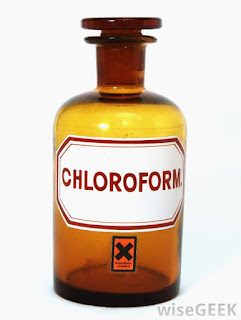 The problem with chloroform, as compared to the ether that doctors had previously been using, is that chloroform has greater risks and thus requires greater skill on behalf of the physician. There is a pretty fine line between the dose needed for anesthesia and the one that paralyzes the lungs. Simpson and his assistants were quite lucky. If they’d used a larger dose of the liquid, they’d have stopped their own breathing; a lower dose would have had no anesthetic effects. Chloroform was responsible for several deaths early on, starting in 1848 with the death of a 15-year-old girl. These fatalities were widely published, and many patients chose to endure the pain of surgery rather than risk chloroform. However, chloroform use spread quickly and in 1853, the anesthetic was famously administered to England’s Queen Victoria during the birth of her eighth child, Prince Leopold.

Chloroform was a popular choice of surgeons during the Civil War, due to its faster-acting (compared to ether) nature and many positive results from the Crimean War in the 1850s. Usage of chloroform and ether both declined sharply with the discovery of safer, more effective inhalation anesthetics, and neither are currently being used in surgery. Nowadays, chloroform is used mainly in the preparation of fluorocarbons, it can be found in certain cough and cold remedies, dental products like toothpaste or mouthwash, and topical liniments. 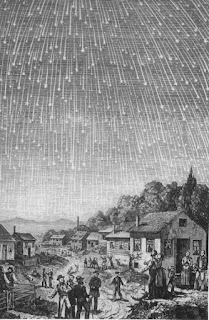 Also on November 12, this time in 1833, the Great Leonid Meteor Shower occurred. During the night of the 12th and until sunrise on the 13th, Americans across the country were in awe of somewhere between 50,000 and 150,000 meteors an hour. Professor Dennison Olmsted of Yale wished to study the phenomenon but didn’t have much data save his own observations. As the meteors began to be overshadowed by the rising sun on November 13, Olmsted drafted a letter which he sent to the New Haven Daily Herald. In the first crowdsourced science project, he asked observers across the United States to write to him of their own experiences with the meteor storm. As newspapers at the time usually subscribed to one another, upon receiving their copy of the Daily Herald, newspapers all across the country began carrying the letter.

“As the cause of ‘Falling Stars’ is not understood by meteorologists,” read the appeal, reprinted in the Richmond Enquirer on November 26, “it is desirable to collect all the facts attending this phenomenon, stated with as much precision as possible. The subscriber, therefore, requests to be informed of any particulars which were observed by others, respecting the time when it was first discovered, the position of the radiant point above mentioned, whether progressive or stationary, and of any other facts relative to the meteors.”

Olmsted’s letter worked. He received replies from all over the United States and the first crowdsourcing project was a rousing success. Olmsted read through all of these accounts and used the information to reach new conclusions about meteors. He published his findings in an 1834 issue of the American Journal of Science and Arts. The sheer scope of the responses Olmsted received would not have been possible without the assistance of the country’s newspapers. 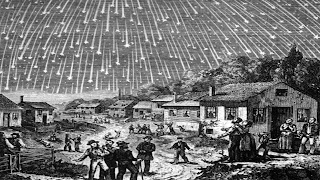 Crowdsourcing information for research projects is much more common today. Large projects which would take years for a research team to complete can be partially completed by members of the public. This allows the research to be completed more quickly—and it allows the ordinary, average citizen to participate. One popular example of crowdsourcing is the University of California Berkeley project Seti@Home. This project allowed users to contribute computing power to analyze radio telescope data in order to search for evidence of extraterrestrial life. There’s also a crowdsourcing project at the Library of Congress. “By The People” allows volunteers to transcribe, proof, and tag historical texts, from letters to diaries to legal documents that cannot be transcribed by a computer. Not only does this make these documents more discoverable to the public, it also makes these documents assessable to those who cannot read the original images or who are not fully sighted.

I’ll bet you never imagined that crowdsourcing was that old! But your character may well have seen that letter in the local newspaper, or experienced the meteor shower that prompted it. They could have been given chloroform for surgery, too. I’m always surprised to find that many things are far older than I had originally imagined.