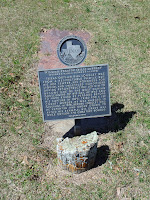 The stories that Bill had escaped hanging can be traced back to his family. They had told his mother he survived for fear that she would go crazy if she knew Bill was really dead.
While researching this story, the thought kept running through my mind, why didn’t this sorry outfit stop drinking and gambling and do something to help his poor parents?
But at the end of Rick Miller’s biography of Bill, he relates a story told by historian A.C. Greene. Three months after Bill’s mother died, his father, at age 73, pretending to be wealthy, married a 28-year-old widow. She deeply resented being “pandered” off by her family to this old man who turned out not to be wealthy at all. Not only that, he allegedly tried to get her to put her children in an orphanage, which she refused to do, and the legend in their family has it he even tried to poison the children. She eventually separated from him.
And so another layer is peeled away from the Wild Bill story—a hypocritical father professing piety while hiding a dark mean streak.
Nevertheless, there is no excusing William Preston Longley’s behavior, and one can sympathize with Lee County citizens for wanting to stop further depredations.
But on the other hand, maybe the good Lord likes us to show a little mercy every now and then—even to Wild Bill Longley, a lone, lost soul living in a violent era. 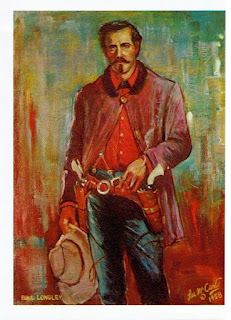 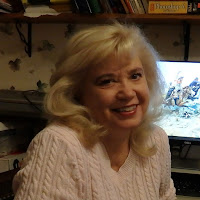 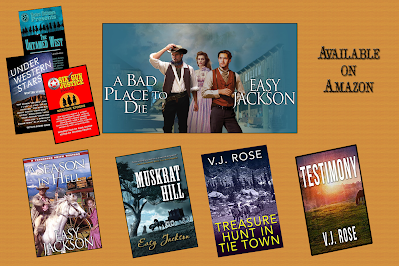 A rancher takes his nephews on an adventurous hunt for buried treasure that lands them in all sorts of trouble.

Two lonely people hide secrets from one another in a May-December romance set in the modern-day West.

Tennessee Smith becomes the reluctant stepmother of three rowdy stepsons and the town marshal of Ring Bit, the hell-raisingest town in Texas.

A little boy finds a new respect for his father when he helps him solve a series of brutal murders in a small Texas town.

A woman accused of murder in the Old West is defended by a mysterious stranger.

THE UNTAMED WEST – “A Sweet-Talking Man” —Will Rogers Medallion Award

A sassy stagecoach station owner fights off outlaws with the help of a testy, grumpy stranger.

A broke Civil War veteran's wife has left him; his father and brothers have died leaving him with a cantankerous old uncle, and he's being beaten by resentful Union soldiers. At the lowest point in his life, he discovers a way out, along with a new thankfulness.

Seventeen-year-old Dulcie is determined to find someone to drive her cattle to the new market in Abilene.

Reenactment Video on YouTube “Blood in the Streets”  https://youtu.be/vrW_uFBGe8Q 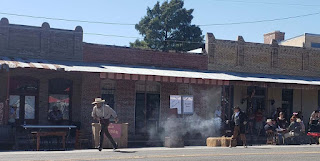 WHY COWS NEED COWBOYS: AND OTHER SELDOM-TOLD TALES FROM THE AMERICAN WEST