On This Day in the Old West: July 8

On July 8, 1862, Timothy Ruggles Timby was granted a patent for discharging guns in a revolving turret powered by electricity. This was after his design was used on the USS Monitor, the ironclad designed by Swedish-born John Ericsson. Timby was paid a 5% commission at the sale of the ship to the Union Navy, which amounted to $13,500, or a little over $400,000 in today’s money. 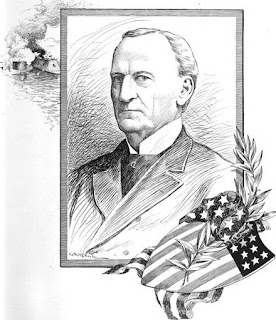 Timby was born on April 5, 1819 in Dutchess County, New York. As a teenager, he showed an aptitude for invention, designing a method to raise ships out of the water for repairs, which consisted of a water-filled box to be sunk beneath the ship, then pumped full of air, causing the ship to rise. This “floating dry dock” was condemned by nautical experts as impractical in tidal waters, but this didn’t dissuade Timby.

His first sight of the circular Castle Williams on Governor’s Island in New York Harbor inspired the youth to come up with his idea of a revolving plan for defense. He took a model to Washington, DC in 1841, but with no war yet declared, his invention was largely ignored. From that time until 1861, Timby continued to exhibit his models and urge military leaders to adopt his plans, but without success. 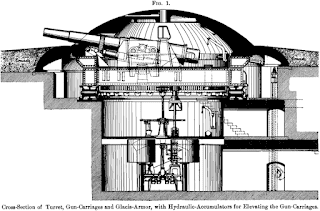 The following is a letter Timby sent in 1888, explaining a problem with the turret:

Dear Sir: In reply to your note of the 2nd instant, relative to my connection with the plans and construction of the original Monitor, built in 1862. I beg leave to submit the following “briefly:”

The first sight of the circular form of “Castle William,” on Governor’s Island, in the harbor of New York, suggested to me the idea of the revolving plan for defensive work, and in April. 1841. (when I was but nineteen years of age) I came to Washington and exhibited a model and plans of a revolving battery (to be made of iron) to the then Chief of Engineers and the Chief of Ordnance. U. S. Army. I also submitted this model and these plans to the Hon. John C. Calhoun and many of his distinguished friends.

In January, 1843, I made a model of a marine turret, which model is now in my possession. At that date I made my first record in the United States Patent Office, and from January, 1841, to 1861 I continued to urge the importance of my plans to the Emperor Napoleon III. and received some encouragement, but without practical results.

Thus having, during twenty years, developed every conceivable modification of my original idea. I took out patents covering the broad claim “for Revolving Towers for Offensive or Defensive Warfare whether placed on Land or Water.” In 1862 I entered into a written agreement with the contractors and builders of the original “Monitor,” (John F. Winslow and John A. Griswold, of Troy, New York: C. S. Bushnell, of New Haven, Connecticut, and their associates) for the use of my inventions covering the revolving turret, by which they agreed to pay me, and did pay me, $5,000 as a royalty on each turret constructed by them.

I may, I think, without departing from questions germane to this reply, state that the models of 1841 and 1843, and every succeeding model, drawing or plan of mine have had the pilot-house or “look-out” placed on top of the turret. I believe that, with the exception of the original “Monitor,” every revolving turret was so constructed. The “Monitor,” for some inexplicable reason, had her pilot-house placed upon the deck, forward of the turret or in the way of her own guns. I am, with great respect, yours, very truly, 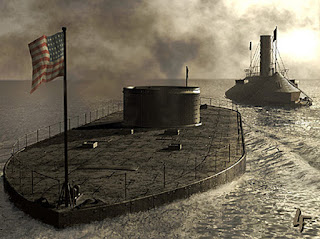 People’s Book of Biography; or, Short Lives of the Most Interesting Persons of All Ages and Countries, James Parton, 1873