The journey from Missouri to Arkansas aboard the steamboat Ella Hughes left the newly-appointed judge for the Western District of Arkansas exhausted and uncomfortable. 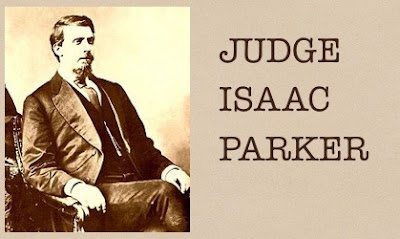 Judge Isaac Parker  sat on the wooden bunk in his spartan passenger cabin thinking about the monumental challenges awaiting him. The court was considered disorganized and corrupt, a situation created by his predecessor William Story, impeached for bribery and forced to resign.

Parker arrived at  Fort Smith on May 4, 1875,  where he would spend more than two decades as head of the U.S. Court for the Western District of Arkansas. Wasting no time in establishing his presence, Parker appeared on the bench for the first time less than a week later.

On that day, May 10th, eight men were judged guilty of murder. Each received a federally-mandated death sentence. Less than four months later, six of the men were hanged at the same time—a clear, unambiguous message of Judge Parker’s hardline attitude when it came to law and order. 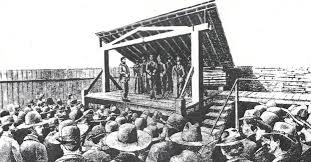 At 17, he decided to pursue a legal career. He passed the bar exam in 1859 and moved to St. Joseph, Missouri. Two years later, he opened his own law firm and earned a wealth of experience in the municipal and court criminal court system.

His political experience included winning election to the post of city attorney. He also served as a member of the Electoral College in the fall of 1864 and cast a vote for Abraham Lincoln.

Parker won appointment as a judge for the Twelfth Missouri Circuit. In 1870, he won a Congressional seat. With no chance for re-election, he parlayed his loyalty to the Republican Party into an appointment as judge of the Western District.

Because of the heavy migration of settlers into the vast Indian Territory, crime spiraled.

Most US district judges spent their time on civil cases. Parker, on the other hand, dealt with thousands of criminal cases, many of which involved disputes and violence between Indians and non-Indians.

In his book, Isaac C. Parker: Federal Justice on the Frontier, author Michael J. Brodhead wrote that Parker, toward the end of his life, told a reporter: “The Indian Race is not one of criminals. There have been sporadic cases of crime among them it is true, but as a people they are good citizens.” Brodhead points out that in 1895, Parker told a congressional committee that “white intruders were largely responsible for lawlessness in the Indian Territory…”

During his more than twenty-one years on the bench at Fort Smith, he sentenced 160 people to death. For fourteen of those years, he did so while the condemned had no right of appeal. Parker appointed George Maledon as Lord High Executioner. 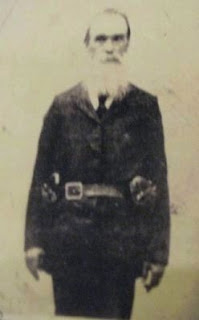 Seventy-nine were executed, 43 were commuted to life in prison or lesser terms, two won presidential pardon, 31 filed appeals and were either acquitted or had their convictions overturned, two were granted new trials and set free, one was shot and killed trying to escape, and a couple of men died in jail while awaiting execution. 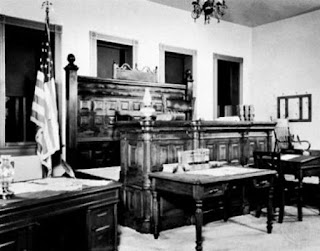 He also emphasized his concept of justice was singular in nature: “Do equal and exact justice,' is my motto, and I have often said to the grand jury, 'Permit no innocent man to be punished, but let no guilty man escape.'"

Although Parker has often been referred to as the Hanging Judge, the term didn't appear until the 1920s—nearly thirty years after he died.