Okay, I admit it. I haven't read enough of the western genre to really have a good opinion, so I'm hereby declaring that I am totally inept and biased. But hey, it is what it is. FEEL FREE to add your own "favorite western" books, give a reason why, and we'll all be happy. Or write your own blog post. This one's mine. 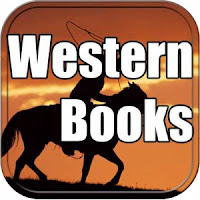 For me, this is a toss-up between Owen Wister's The Virginian and Zane Grey's Riders of the Purple Sage. Which I'm reading right now. Have I read other western classics? No. Not yet. Give me a list of books and I'll add them to my (stacks and stacks) of TBR pile(s). How can I say they're my favorites when I haven't read more Louis L'Amour (I read one, sorry - not my favorite), and how could I not have read Hondo, Shane and other classics? So hang me. And I really think Wister's style was wonderfully fresh and pure. Sort of a romance set in the old west. Heh.

SHOOT-EM UP WESTERN:
Hoo boy. This one's tough. Again, because I haven't read a lot of shoot-em up westerns, but I will definitely throw these in my favorites ring: Johnny Boggs's West Texas Kill and Courtney Joyner's Shotgun. Go ahead and add to the list, because the more, the merrier. Just like at the O.K. Corral. Dodge those bullets.

CHILDREN'S WESTERN:
Who can fault Laura Ingalls Wilder's Little House series? Although her daughter Rose Wilder Lane helped write/edit them (read Susan Wittig Alber's A Wilder Rose if you're curious), Laura's childhood memories still resonate through the ages and give us a glimpse of how pioneer life was like. Through rose-colored glasses, I suppose, since she kept out some tougher times. My favorites of the series are On the Banks of Plum Creek and By the Shores of Silver Lake, but for grim reality, don't miss out on The Long Winter. For incredibly rich detail, read Farmer Boy. But I'm adding Gary Paulsen's Tucket series, because boys will LOVE the action in them, and Paulsen's tight writing. Definitely favorites. 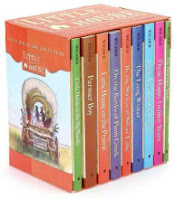 ROMANTIC WESTERN:
Hmm. Some people would say Lonesome Dove by Larry McMurtry. I have to admit some favorites are far more romance than western: LaVyrle Spencer's Morning Glory and Hummingbird. I'd also throw in Pamela Morsi's Wild Oats and Courting Miss Hattie, plus Maggie Osborne's The Wives of Bowie Stone. But for more recent western romance, just go to Prairie Rose Publications -- my fave is A Cowboy's Brand (sorry, my own book is in the boxed set, but the others are fabulous too!), but I also love Kathleen Rice Adams's Peaches and Livia Washburn's Charlie's Pie.

TRUE-TO-LIFE DIALOGUE IN A WESTERN:

Hands down, it's Charles Portis for True Grit. No competition.

REVENGE WESTERN TALE:
Again, Portis's True Grit. This book (and the John Wayne movie, of course) totally influenced me in writing Double Crossing (my version of True Grit on the transcontinental train). The Coen Brothers version emphasized how right I was in being influenced - what a fabulous book! And I'm not saying my book or writing style is anywhere near Portis, because it ain't. True Grit is simply a masterpiece. Which is why I made a "dialogue" category.

NONFICTION WESTERN:
I have to name Bury My Heart at Wounded Knee, by Dee Brown, as my top contender. I cried while reading its stunning honesty. It's heart-wrenching. And while I've read lots of non-fiction research books, I guess the only one I enjoyed for its fun stories is Andy Adams's The Log of a Cowboy: A Narrative of the Old Trail Days. But I'll add in Ramon Adams's Western Words as a great resource.

WESTERN COWBOY TALE:
I loved Panhandle, by Brett Cogburn, and I also enjoyed The Traditional West anthology with Rod Miller's "The Death of Delgado" and Troy Smith's "The Sin of Eli". Both are fabulous in a fabulous anthology. If you're a fan of the Wolf Creek books like I am, my favorite is Night of the Assassins.

WESTERN MYSTERY:
I will vote for Ann Hillerman's Spider Woman's Daughter, because she stepped into her father's shoes and made them fit her own feet - and she's making fresh prints in the mystery genre. I'll also add John Fortunato's Dark Reservations, which won the Hillerman Prize. My daughter looooves the Steve Hockensmith series Holmes on the Range, which are also on my TBR pile. I'll take her word for it, since I trained her in reading mysteries. Heh.

So there you have it. And I've got more western books that could be added, once I finish (if ever!) my TBR pile. It keeps growing, despite the whip and chair. READ!! It *is* March, after all, SO SPRING into READING! And yes, I stole that from school days. But it fits! 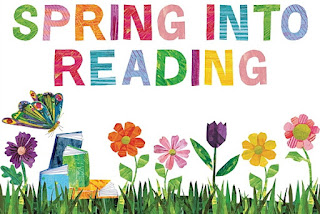 Award-winning author Meg Mims writes historical and contemporary novels and novellas, plus short stories for anthologies. Double Crossing won the Best First Novel Spur Award. She is also one-half of the writing team of D.E. Ireland for the Eliza Doolittle & Henry Higgins Mystery series. Book 1, Wouldn't It Be Deadly, was nominated for a 2015 Agatha Award and Book 2, Move Your Blooming Corpse, is set at Ascot Racecourse. Meg is working on a cozy mystery series for Kensington that will debut in 2017 under the pseudonym Meg Macy. She lives in Southeastern Michigan, loves tea, books, Mackinac Island, cookies, and currently has a sweet Malti-Poo rescue.
Posted by Meg at 3:00 AM