When Scott Gese began writing western short stories, he recognized the need for a venue where he and other western authors could promote their work. 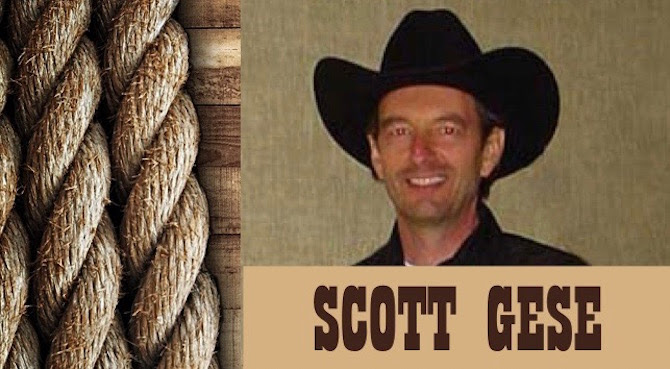 Scott—who collects old western novels including a first-edition "The Virginian" by Owen Wister—came up with the idea of ROPE AND WIRE a website for "Promoting the West & Those Who Write About It."

The site, says Scott, has enjoyed steady growth since it came online in 2007. He adds that ROPE AND WIRE  had "consistently been the number one western short story website on most major search engines and is currently seen in over fifty countries around the world."

Scott writes shorts stories under the pen name of Christopher Scott. He also writes articles for newspapers and magazines and is involved in various copywriting projects. His first full-length novel—"Bitter is the Dust"—will be published by Black Horse Westerns in October.

Scott, an accomplished woodworker and carpenter, makes his home in the "quaint pioneer town of Brownsville" in the heart of Oregon's Willamette Valley.

1. Your website, Rope and Wire, is an excellent promotional site for Western writers. Why did you create it and what are you trying to accomplish with the site.

The site was originally created as a way to supplement my eventual retirement income. A western themed website was at the top of my list. It's what I like to read and it's what I loved to watch on television and at the theater as I grew up.

Over the past nine years, my objectives have changed immensely. My objective now is simply to promote the west and the authors who write about it and also to make enough money through Google ad revenue and affiliate links to pay the cost of running the site.What I'm trying to accomplish with this site has also changed—right alongside my outlook on life.

Over the years, I've come to realize that the way to achieve success in life is to not be me focused, but to help others achieve their own success. So I guess you could say I've crossed over from a me mentality to a you mentality. What I really want this site to be about is helping others succeed.

Those who are serious about successfully selling their books understand the concept of ROPE AND WIRE and they take full advantage of it, which is what I really enjoying seeing. The inexpensive “price of admission”—one short story—is well within reach of any published western author.

The amount of author publicity generated from one short story is well worth every word. It's these stories that bring thousands of readers to the site each month. These are targeted readers who buy western books. 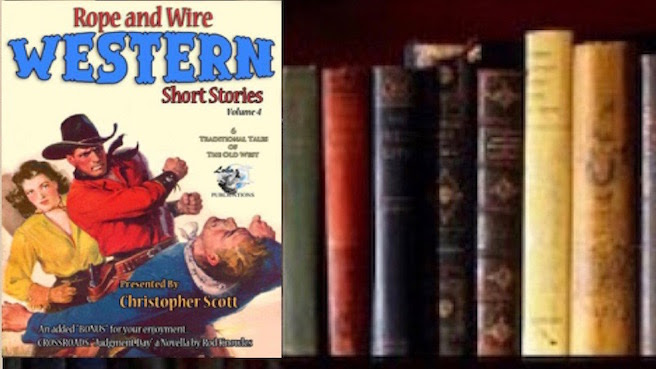 2. You have three main sections: (1) Western Short Stories, (2) Postcards, and (3) the Bullpen. How about a brief overview of each?

The "Western Short Stories" section is just that. In order for published authors to become a  member of ROPE AND WIRE and receive all the free publicity it offers is to submit one western short story. The new addition of "Ranch Romances" should bring many more western romance novel readers to the site. Right now there is only one author in this section and he's reaping big rewards.

The "Postcards" section is what I call one of the Bright and Shiny items that also attracts people to the website. This section is evolving. I started out with nine western states, but most were sitting empty and I didn't like the negative image of a half-empty site. I removed most and linked the section to another site I have, called Day Tripping in Oregon, which is linked back to ROPE AND WIRE.

The "Bullpen" section is an avenue that gives new writers who are developing their writing skills an opportunity to show their work. Hopefully, we'll be getting some up and coming talent posted in this section shortly.

3. What’s the primary appeal of Rope and Wire for readers? How do they benefit?

The main appeal and benefit to ROPE ANDE WIRE readers: they get to sample the work of some really great authors whom they may have never heard of.

If they like what they read, they have the opportunity to find out more about the author through their bio and links to their social pages as well as a link to where they can buy one of their books. 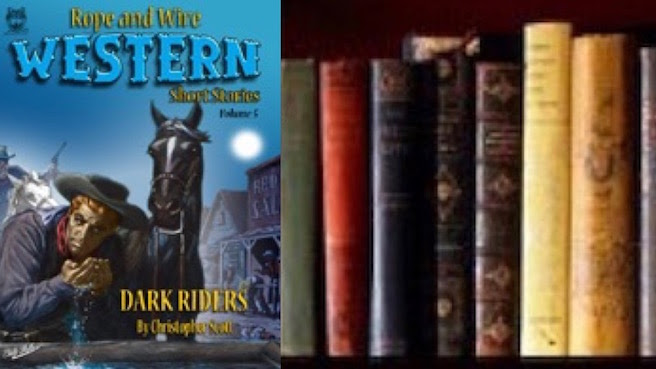 4. You write a lot of short stories that appear in Rope and Wire e-pulps. What draws you to the short story format?

I cut my teeth on the short story format. I didn't write more than a grocery list before I started this site. I was 51 years old at the time. When I started the site I needed to add content. Most authors were hesitant to submit their work to an unproven new site.

Out of desperation, I researched how to write a short story. Once I had this figured out, I started writing my own stories to add to the site. It didn't take me long to figure out I not only liked to write, but that, for a beginner, I wasn't that bad at it.

I would say it was desperation that drew me to the short story format. That's changing. I'm working on longer material these days.

5. From reading various authors and from your writing experience, pinpoint the key elements of a good Western.

I think the key elements to a good western are the same as for any genre. Among other things, you need to have strong characters, a protagonist, an antagonist, and conflict. There's a lot more that goes into a story, but these are key. Being able to carry at least three story lines simultaneously is also important.

Also, you need to write well, and by that I mean, you need to be able to take your readers by the hand and show them the things you want them to see by involving as many of their senses as possible.

They need to become one with the story, so to speak, you can't stand at a virtual podium and just tell your story. It will bore your readers to death. As the saying goes, “Show Them, Don't Tell Them.” 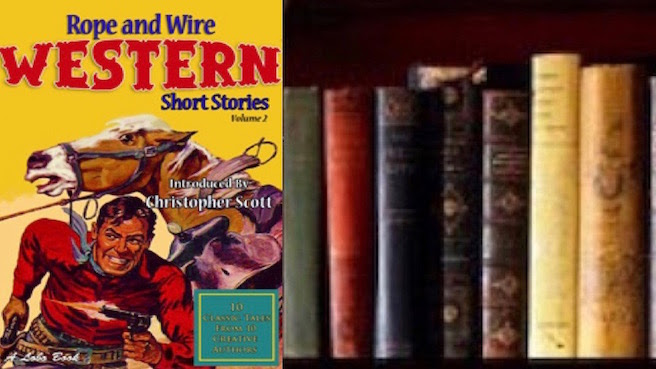 6. What about younger readers. Is there any way of jump-starting interest in the Western—or have wizards, zombies, and vampires cornered the market?

Unfortunately, zombies have cornered the market right now. Even more unfortunate are the western writers who are playing along and creating Zombie Westerns. I'm a traditionalist, what can I say.

The statistics I'm getting from ROPE AND WIRE show middle aged females as the most popular readers of the site. Which is why I think authors are missing an opportunity by not submitting stories to the "Ranch Romance" section of the site.


7. If there was one Western writer—alive or deceased—that you could meet, who would it be and what would you like to ask him or her?

How about alive and deceased.

Deceased, I would have to say Andy Adams. I have some of his work posted on the site. I would love to pick his brain about the everyday life of a cowboy. The stuff we don't normally read about, but would definitely add value and dimension to any western character.

Alive, there are several others producing excellent work. Dave P. Fisher, Kit Prate and Malcolm Davey (Cody Wells). I've asked these three so many questions it's almost embarrassing. All three have helped me out immensely with my writing. I owe them more than I'll ever be able to repay.