GERONIMO WAS HERE by Vonn McKee

Author’s Note: I tried to relax at the beach, I really did. I settled onto the sofa, propped up my feet, and took in the tropical view outside. But then…I picked up one of those coffee-table picture books* and began flipping through the pages of local history. That’s when I saw his familiar deep-lined, slightly defiant face, frozen in grainy black and white. Now just what are you doing in a book about Pensacola Beach history? I asked him.

I would spend the next two days creeping through the damp corridors of an abandoned fort, then researching and writing this blog post.

THE END OF THE TRAIL

The cross-country trip by train had been fraught with delays: damaged tracks and the clearing of an accident near New Orleans. It was late October of 1886, but the heat still hovered like a stifling blanket over the coastal South. A stocky, weathered man shifted on the sticky leather seat. Light high-desert breezes stirred at the back of his memory. At every depot stop, hundreds of people thronged to catch a glimpse of the train’s special cargo, holding up coins in exchange for any souvenir he might offer: a button, a belt ring, a shred of clothing.

When the train reached the railroad wharf at Pensacola, Florida, a double row of soldiers shielded him and his traveling party from onlookers as they stepped from the coach and made their way aboard an excursion steamer. Dozens of boats bobbed in the choppy bay waters. People pointed, waved, shouted his name.

He and his fifteen companions crossed the largest span of water they had ever seen, bravely ignoring the porpoises rolling in the waves alongside the boat. In his culture, souls crossed over into death in the bodies of fish. Ahead, on a small island, loomed a hulking red brick fort surrounded by brilliant white sand and sparse, twisting pines. When his foot touched the edge of the beach, salt water closed over the toe of his boot.

He had been a warrior for most of his nearly sixty years. Now, he was a prisoner of war. He overheard one of his tribesmen say as they fell into line, “We will never see Mexico again.”

Geronimo–feared Apache leader and terror of the southwest plains–followed the guards up the sandy slope and into the dark barrel vaults of Fort Pickens.

A DEAL IS STRUCK

The Bedonkohe band of Chiricahua Apache, under the leadership of Geronimo and Naiche (Natchez), son of Cochise, spent years conducting raids across the Sonora and into Mexico in resistance to white colonization and confinement of their people to reservations. Geronimo especially hated the Mexicans, who had murdered his mother, wife and children. Finally, in a desperate effort to end the Indian Wars, the U.S. Army recruited Apache scouts and sent thousands of troops across the Sonoran Desert and into the Sierra Madre mountains. Their objective: flush out Geronimo and bring him to justice for the countless murders he had committed.

On September 4,1886, the last of Geronimo’s band gathered in Skeleton Valley, Arizona. After thirty years of defending his land, Geronimo was finished. He would be the last native warrior to formally surrender to the United States. The exact terms are not known, but the commanding general, Nelson Miles, is thought to have promised the Apache a few years of imprisonment and a possible return to their homelands. (He did this without the blessing of President Grover Cleveland, who favored death by hanging for Geronimo’s many war crimes.)

While the Apache wives and children were shipped to Fort Marion in St. Augustine, Florida, Geronimo and his best warriors (including cousin Perico and the six-foot-four Natchez) were rerouted to Pensacola due to a petition filed by a local business opportunist named Sowell C. Cobb. It could be argued that one of the earliest tourist attractions at Pensacola Beach was this small, proud band of Apache warriors.

SURROUNDED BY THE SEA

Sowell Cobb’s vision of Pensacola popularity came true. Visitors from around the world sojourned to Santa Rosa Island for a viewing of the imprisoned savages. Great yachts moored in the sound while the esteemed passengers disembarked in hopes of meeting Geronimo face to face. The Apache were occupied with repair and maintenance of the aging Ft. Pickens. They dug water wells and planted Bermuda grass on the parade grounds. In the summer of 1887, they were given permission to celebrate a ritual Corn Dance.


In May of 1888, Geronimo’s group was reunited with their families and tribesmen and were moved to Mount Vernon, Alabama, where they spent five years. Their popularity soared even more. At times, the crowds reached a thousand a day.

In 1894, the U.S. government gave Geronimo and the surviving members of his band 50,000 acres for a “permanent home” at Ft. Sill, Oklahoma. (In 1903, the military reneged on the initial agreement and decided to retain Ft. Sill as a field artillery training installation.)

By then an old man, Geronimo had been a guest of honor at the 1904 World’s Fair and had met President Teddy Roosevelt. He deduced in his autobiography that “…white people…are a very kind and peaceful people.”

Geronimo died at Ft. Sill in 1909 just short of his ninetieth birthday, having never seen his Arizona homeland again. He spent his last twenty-seven years as a U.S. prisoner of war.

I feel privileged to have walked in at least a few of his steps.

*My thanks to Deborah Dunlap for the inspiration found in her book, “Historic Pensacola Beach Photographs” and also to David L. Walby for the historical details found in his booklet, “Geronimo Comes to Pensacola.” 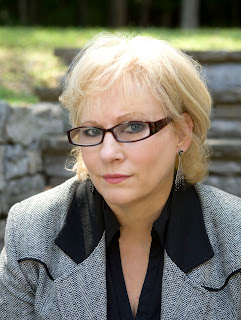