The Story Behind the Story: The Better Salesman 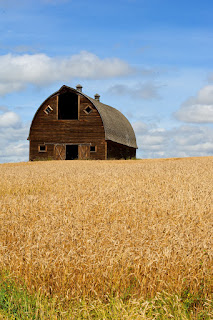 A few years ago, a guy drove up to our house in a pickup with out of state plates. Middle-aged, paunchy, stubbly chin, I’d never seen him before in my life. Sitting in the cab next to him was a teenaged boy wearing a stretched out T-shirt with no sleeves.
I walked outside to greet them. Before I could say word, Paunch flipped a card at me through the driver side window.
Under his name it said, Lightning Rod Salesman.
Lightning rods? I read the card three times. Nobody uses lightning rods anymore.
An anachronism, like something out of the early 20th Century.
“Sold a complete package to your neighbors,” said the guy. “Installation in three hours or there’s no charge.”
“I don’t think we need any lightning rods today,” I said, handing back the card.
“Keep it,” he said with a patronizing hand gesture. “You don’t realize the danger you’re in.”
The trumped up look of concern in his voice along with the scene-chewing delivery made me smile. “Really?”
Solemn nod. “Really.” He turned to his son. “Ain’t he in danger, son?”
The kid ducked down to look at the roof of our house through the truck’s windshield.
“Peaked metal roof like that draws a lot of energy. Fire’s a bitch.”
“A man ought to protect his home,” said Paunch.
Anachronisms again. This time like something out of a Jimmy Cagney movie. “Be a shame if something were to…happen.”
He didn’t actually say that.
But the conversation was getting too weird, so I made up an excuse, told him I’d keep the card and keep him in mind, and eventually he drove away.
Later that day, I drove past our neighbor’s place. Sure enough, a trio of tall, straight spires with decorative blue bulbs rose from his barn roof, gleaming in the sun.
The incident reminded me of the old barn painters that used to frequent Nebraska when I was growing up.
Which got me to thinking. What if they were to cross paths? The lightning rod salesman and the painter.
Three and a half hours later, weighing in at around 2,800 words, The Better Salesman is the result.

Have you ever encountered a traveling salesman of the old fashioned variety? Ever wanted to write about them?
Please drop a line in the comment box below.