The ground under Mark Kellogg trembled like an earthquake. In the distance, he watched Indian warriors swarm over the horizon at full gallop, their horses thundering across the Great Plains. 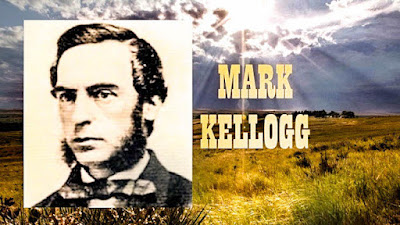 The 45-year old newspaper reporter struggled to stay in the saddle, shocked by the surprise attack, reeling in confusion amid the crack of gunfire and the sound of steel-tipped arrows slicing through the air.

In a split-second of clarity, Marcus Henry Kellogg no doubt realized the futility of his situation.
Nowhere to turn. No safe place to run. No means of escape. A few minutes earlier, Kellogg had been riding in formation just behind Lt. Col. George Armstrong Custer, flanked by the colonel's two brothers, Tom, and Boston.

The sudden impact of the attack caused soldiers to break ranks and scatter in panic, seeking shelter on the open Montana Plains of the Little Bighorn.

Kellogg, the only reporter to accompany Custer, represented the Bismarck Tribune, New York Herald, and served as a correspondent for the Associated Press.

He provided the only press dispatches in the days leading up the epic battle. Ironically, it was pure coincidence that Kellogg rode along with the 7th U.S. Cavalry Regiment in June 1876.

A Canadian by birth, his family settled in La Crosse, Wisconsin. He worked as an editor and a reporter, traveling throughout the upper Midwest. In 1873, he made his way to Bismarck, North Dakota, where he helped editor Clement A. Lounsberry found the Bismarck Tribune. 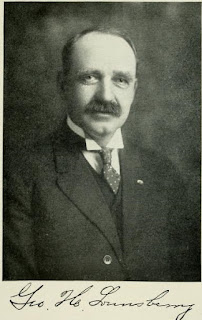 When Lounsberry heard Custer’s 7th Cavalry Regiment was heading into the Montana Territory, he worked out an agreement to ride along and provide news coverage. Before he left, his wife became ill, and he asked Kellogg to take his place.

On June 21, 1876, four days before the epic battle, the regiment neared the mouth of the Rosebud River, and Kellogg wired what would be his last dispatch:

"We leave the Rosebud tomorrow and by the time this reaches you we will have met and fought the red devils with what result remains to be seen. I go with Custer and will be at the death."

The term “at the death” was merely a phrase  borrowed from a fox-hunting term meaning, "present at the kill."

When Col. John Gibbon and his men arrived at the scene of the Custer Massacre the following day, they discovered bodies scattered across the Little Bighorn. While helping bury the dead, Gibbon found Kellogg's body in a ravine, scalped, and an ear was missing. The colonel recovered a blood-stained diary from Kellogg's clothing.

On July 6, 1876, Lounsberry published a special edition of his newspaper with the first full account of the battle. 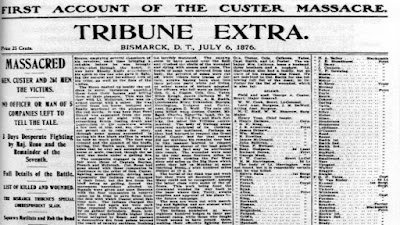 The Associated Press considers Kellogg the organization's first correspondent to die while covering a military engagement.

The North Dakota Heritage Center has Kellogg's diary and notes rescued from the battlefield. A display at the Newseum in Washington, D.C., showcases Kellogg's satchel, pencil, and eyeglasses.

Kellogg's notes and news dispatches were among the historical sources of information used to recreate the days leading up to the battle, even though he never got the opportunity to write and telegraph news of a great military victory—or defeat—from the Battle of the Little Bighorn. 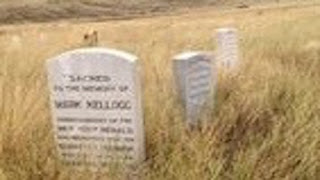