Ringing in the New Year is a tradition that dates back nearly as far as humanity itself. However, their New Year’s Day wasn’t always what we think of when we celebrate. The earliest known New Year celebrations are from agricultural civilizations that linked Spring harvesting (of barley) with a new year. In ancient Egypt, the new year began with the Spring flooding of the Nile, while in China, they celebrated on the second new moon after the Winter solstice. It wasn’t until the Romans (Julius Caesar) that the modern calendar came into play, marking January 1 as the beginning of a new year. 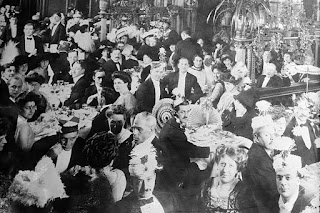 In many countries, celebrations begin on December 31 to mark the end of the old and the ringing in of the new. These often include snacks and meals supposed to bring good fortune in the New Year. In Spain (and several other Spanish-speaking countries) you eat 12 grapes at midnight, symbolizing the 12 months of the year. In many parts of the world, legumes play a central role in the meal, as they supposedly resemble coins and thus stand for wishes for monetary comfort. Some examples include lentils in Italy and black-eyed peas in the Southern United States. Pork can also appear on the New Year’s table as pigs are seen to represent prosperity. Cuba, Austria, Hungary, Portugal and other countries celebrate with a pork meal. Ring-shaped cakes and pastries represent the cyclic year in Mexico, the Netherlands, Greece, and elsewhere. In Sweden and Norway, they serve rice pudding with an almond hidden inside; whoever finds the nut is said to have 12 months of good fortune. In India, rice promises prosperity, while apples dipped in honey bring a sweet beginning to Jewish revelers.

Turks wear red underwear and sprinkle their doorsteps with salt to bring luck in the New Year, while the Swiss drop rich dollops of whipped cream to the floor and leave them there to usher in riches. Meanwhile, Filipinos wear polka dots because the round shapes symbolize prosperity. The English leave “old” money out on the porch to be purified, bringing in the cleansed bills on New Year’s Day.

The practice of making resolutions supposedly began with the Babylonians, who made promises to earn the favor of the gods and start the year off on the right foot (most of their resolutions were along the lines of “I vow to pay off my debts,” or “I will return my borrowed farm equipment”). 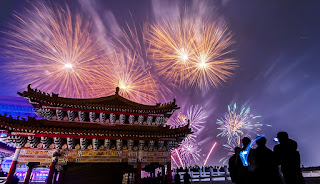 Making a noise seems to have been a favorite tradition in many cultures as well. In Thailand, guns were fired to frighten off demons, while in China they used fireworks for the same reason. In the early American colonies, the crack of pistols could be heard. In Switzerland, they beat drums. Around the world, churches pealed their bells to signal the passing of the old year and the coming of the new.

One tradition of the 1800s that has died out today is the practice of “first-footing,” being the first visitor of the New Year with one’s friends and acquaintances. In the 19th Century, New Year’s Day was a day when shops closed, and people renewed friendships. Folks made lists of all their friends, then sent visiting cards to alert those friends of an impending visit on the day. The streets were filled with well-dressed citizens greeting one another on their way to and from their New Year’s visitations. Of course, as with all celebrations, it was chiefly the upper crust who had the time to cease their labors and traipse about the city, but the poor generally made some attempt to join in the festivities.

Sugar plums were the gift of choice on New Year’s, especially in France and Europe, though the wealthy showered their friends with all sorts of presents, from boxes of candy to jewelry. 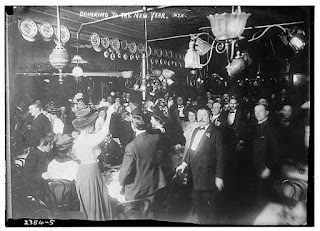 The singing of “Auld Lang Syne,” while popular in the United Kingdom, didn’t make it across the pond until 1929 when Guy Lombardo played the tune at a New Year’s Eve celebration broadcast over the radio.

Here are some old proverbs and sayings about the New Year: