Dorothy A. Bell author of Oregon Historical romance, my blog for all my books and all about me at https://dabellm3.
On the Western Fictioner's blog today
Cowboys, and most folks during Victorian times, didn’t use a lot of curse words, especially in front of the women folk. They got their point across using colorful, imaginative words and phrases to describe events, express their opinions and reactions to people, and the world around them. I’ve complied a short list of some of my favorites.
Foozler
A bungler, or one who does things clumsily
Hornswoggler
A fraud or cheat
Pigeon-livered
Cowardly
Gullyfluff: The waste — coagulated dust, crumbs, and hair — which accumulates imperceptibly in the pockets of schoolboys.
Hobbadehoy: A youth who has ceased to regard himself as a boy, and is not yet regarded as a man.
Hugger-mugger: Underhand, sneaking. Also, “in a state of hugger-mugger” means to be muddled.
Job’s Turkey: “As poor as Job’s turkey” — as thin and as badly fed as that ill-conditioned and imaginary bird.
Arkansas Toothpick - a long, sharp knife
Beat the Dutch - if that don't beat all
Lucifers – matches
Skedaddle - run away, escape
Sparking - courting a girl
Toe the Mark - do as told, follow orders
codswallop
Nonsense.
collywobbles
An upset stomach or acute feeling of nervousness
Donkey's years
(Donkey's ears) a very long time. In reference to the length of a donkey's ears. Sometimes abbreviated to, "donkey's".
flog a dead horse
1. To continue talking about a long forgotten topic. 2. To attempt to find a solution to a problem which is unsolveable
hard cheese
Bad luck
penny-dreadful
A cheap, sensationalist magazine
Caboodle – The whole thing. Also called “kit and caboodle.”
Calash – A covering for the head, usually worn by ladies to protect their head-dresses when going to evening parties, the theatre, etc.
Calf Slobbers – Meringue on the top of pie.
California Collar – A hangman’s noose
Candle-light – Dusk. The dance will start at early candle-light.
Catalogue Woman – A mail order bride.
Catawampous –  Fiercely, eagerly, awry, cockeyed, crooked, skewed. Also “catawamptiously.”
Cats-Paw – To be made a cats-paw of. To be made a tool or instrument to accomplish the purpose of another.
Chalk – Not by a long chalk. When a person attempts to effect a particular object, in which he fails, we say, “He can’t do it by a long chalk.”
Chucklehead – A fool
Close-Fisted – Stingy, mean.
Coal-Hod – A kettle for carrying coals to the fire. Also called a coal scuttle.
Coffin Varnish – Whiskey.
Come a Cropper – Come to ruin, fail, or fall heavily
Conniption Fit – A fit of hysteria
Eagle – A gold ten dollar coin.
Five Beans in the Wheel – Five cartridges in the six chambers of a revolver. Westerners often left the chamber under the hammer empty for safety reason.
Gee Up – A term used by teamsters to their horses and oxen, when they wish them to go faster. “To Gee” means to agree.
Head-Cheese – The ears and feet of swine cut up fine, boiled, and pressed into the form of a cheese.
Hellabaloo – Riotous noise, confusion
Hornswoggle – To cheat or trick, to pull the wool over one’s eyes
Husking Bee – A social event in which the community came together to husk corn and to drink. Also called a “husking frolic.”
Lambasting – A beating, a thrashing.
Lickspittle – A mean parasite, one who will stoop to any dirty work
Lincoln Skins – Greenbacks.
Mochilla – A rectangular leather saddlebag popularized by the Pony Express
Mountain Oysters – Fried or roasted calves’ testicles. Also called Prairie Oysters.
Piddle – Waste time.
Prayer Book – A packet of papers used to roll cigarettes. Also called a “dream book” or a “bible.”
Quirt – Whip
Scalawag or Scallywag – A mean, rotten or worthless person.
Shivaree – A boisterous party for newlyweds
Shoot the Cat – Vomit.
Skeezick, skeesick – A mean contemptible fellow.
Skulduggery – Rascality, treachery.
Slumguzzling – Deceiving, humbugging.
Tall Hog at the Trough – Superior, outstanding, exudes leadership.
Taradiddles – Falsehoods, traveler’s yarns or tales.
Tarnation – A mild oath or explanation.
That Dog Won’t Hunt – That idea or argument isn’t going to work. Or, the person saying it doesn’t believe what you’re saying.
Trig A Wheel – To stop a wheel so as to prevent its going backwards or forwards
Whang – Sinews of the buffalo or another animal, or small strips of thin deer-skin, used by the dwellers and hunters of the prairies for sewing.
Whistle Berries – Beans
Bell wether- someone or something that is an indicator of future trends. 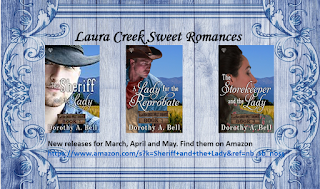 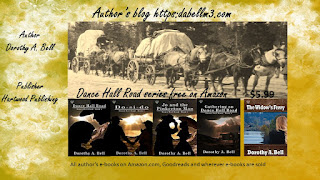