This Sunday (August 16) is National Rum Day. I felt inspired to write an article about my personal favorite form of alcohol – along with some other libations your character would have been exposed to in the Old West. 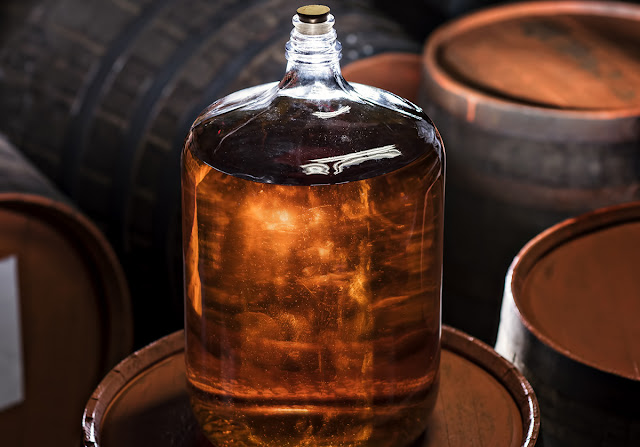 The first North American distillery began making rum in present-day Staten Island, New York (or New Amsterdam) in 1664. The earliest spirits distilled in the colonies were rum, gin, and brandies. Whiskey was considered an exotic drink. Early Dutch settlers brought with them brandy-distilling traditions that involved freezing cider. Apple and peach brandies were produced locally in the colonies; grape brandy was imported from Europe.

Gin, a juniper-flavored alcohol, was a very popular spirit in the colonies. The Dutch favored rye as their alcohol-making base, while the British were more likely to use barley malt or molasses, mostly from Martinique. Add juniper flavoring and you’ve got gin. Apothecaries and small household distillers were undoubtedly making gin before any distilleries were built, using the native Juniperus virginiana rather than the European variety (Juniperus communis).

Before and during the Revolutionary War, gin was perceived and consumed as a health tonic or elixir, particularly among women. While much was still imported from England (gin) and Holland (gineva), the number of American distilleries was rising. In 1806, the American Manufacturer Report estimated that of the 15 million gallons of spirit consumed annually, three million were of domestic rum and gin rather than imported. Late 18th and early 19th Century distilling manuals and grocery instructions always included a section of recipes for different types of gin (cordial, Old Tom, genever, French genevier, juniper spirit, etc.). 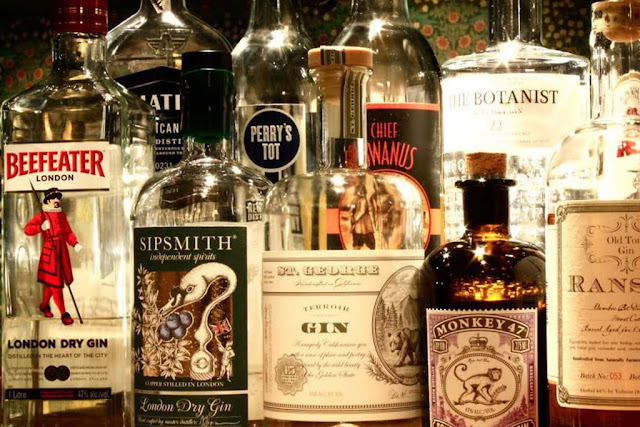 By 1720, New York had 16 rum distilleries. Sugar cane and molasses were still imported, as well as various types of this spirit. Spanish-controlled distilleries in Cuba, Nicaragua, and Puerto Rico produced a smooth rum called añejo, while the French, in Haiti and Martinique, made rum agrigole from sugar cane juice. English colonial holdings, including Jamaica, Bermuda, and Barbados, made the darker rums we’re more used to today, with more of a molasses flavor.

The entire rum industry was made possible by slavery. Arabs and Persians began cultivating sugarcane in the 7thCentury, using slave labor to create a monopoly that was only challenged in the 15th Century, when the Portuguese discovered the plant could be grown off the coast of Africa, on the Madeira and the Canary Islands and Cape Verde. They used African slaves to cultivate their crops and produce sugar and molasses. The slaves and poor whites fermented their molasses rations and one day, some enterprising soul distilled that product and discovered rum.

Fred Minnick, author of Rum Curious: The Indispensable Tasting Guide to the World’s Spirit, researched the history of the beverage. "Rum was the trending spirit in the 1700s," he writes. "American colonists loved rum, consuming 3.7 gallons a year per person, and accepted the spirit as gifts from its politicians. When running for the Virginia House of Burgesses in 1758, George Washington supplied voters with 28 gallons of rum and 50 gallons of rum punch.” 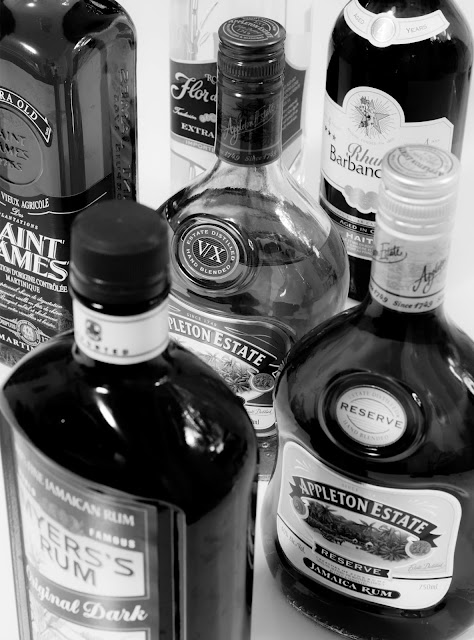 During and after the Revolutionary War, colonists found their imported spirits and distillery ingredients in short supply. They began using native corn as a spirit base, and the American whiskey business was born. Even after the hostilities ended, the rum trade was never reestablished to the extent it had been before the war. Plantations in the Southern colonies attempted to raise sugar cane, but the Civil War put an end to that enterprise. Scots-Irish immigrants, already used to whiskey, along with westward expansion into “corn country,” created a boom for this American spirit.

American whiskey is divided into two branches: sour mash and bourbon. Nearly all bourbon whiskey is made in Kentucky or Tennessee. It’s unique character comes from the 51 to 79 percent corn in its recipe. Bourbon may also be double-distilled and aged at least two years in charred oak barrels. Sour mash uses the bourbon recipe, but starts the mash with leftovers from a previous batch, much like the starter in sourdough bread. This gives a sweeter, deeper flavor to the finished product. 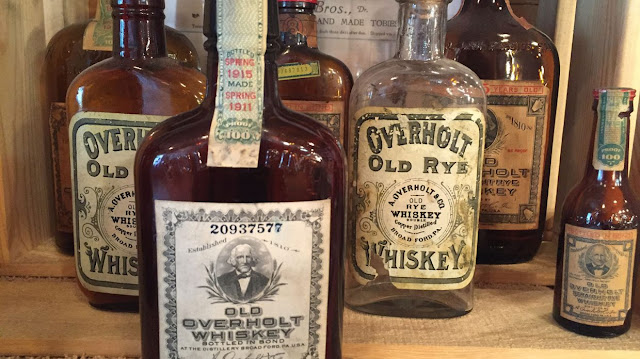 During the Old West, the average citizen could have taken his or her pick from the top four American spirits: gin, rum, brandy, or whiskey. Whiskey was by far the cheapest liquor to produce, so it was most commonly served in bars and saloons. A shot of whiskey could sell for around 25 cents a glass (beer was more like 10 cents), and the price of mixed cocktails was a good bit higher. In wealthier communities like San Francisco or Denver, though, your character could easily have ordered a Gin Sling, Mint Julep, or Whiskey Punch.

Here are a few of the recipes popular during the Old West era, in case you’d like to see what your character might have been drinking.

In a cocktail shaker filled with ice, pour 1 & ½ ounces gin, 1 ounce sweet vermouth, 1 ounce simple syrup, and a dash of Angostura bitters. Shake well and strain into a Collins glass filled with fresh ice. Top with 3-4 ounces of soda water and garnish with a lemon twist.

Jamaica Rum Punch
Fill a mixing glass half-full of fine ice, add 1 tablespoon of fine sugar, a little water, the juice of half a lemon, one jigger of Jamaican rum and one jigger of Irish whiskey; mix well, strain into a fancy bar-glass, trim with fruit, or leave on ice, and serve with straws.

In an Old-Fashioned glass, muddle 2 orange slices, 2 brandied cherries, 3 dashes Angostura bitters, and a sugar cube. Add ice to fill the glass, then pour in 2 ounces brandy and top with seltzer or sour soda. Garnish with a cherry and orange slice.