Today's interview is with Western Fictioneer Member James Ciccone. James' debut novel "A Good Day to Die" was released on August 26, 2020. Please join me in welcoming James Ciccone. I know I learned a lot and look forward to his next story.

I’d like to begin by thanking you for giving me the opportunity to share some of my experiences writing my debut novel, “A GOOD DAY TO DIE.” I am busy writing the third draft of “MORE THAN ENOUGH WOMAN,” a Western, and the first few chapters of the third novel in the Western series, which remains untitled, so the request to reflect on the process is timely. Furthermore, your questions are framed in a thoughtful way. The prompts are really more than decoration. They trigger expansive responses. The simplicity of open-ended, direct questions, at least for me anyway, tends to confront, challenge, and, finally, haunt. I spent many years as a trial lawyer, so I like to believe I am a fairly good judge of effective direct examination. Congratulations. You’ve hit the mark.

Now to address your first question, I have always fantasized about seeing my name in print, and the idea of achieving the permanency or finality of published writing began to wash over me as a teenager. You have to realize that I grew up in the rural areas of the Northeast. There was so much about the world that came to us in published writing. The spot where the publications ended is where the imagination took over. The imagination played a role in forming our group reality. This was exciting. I could go to all of those faraway places we read about in the newspapers, the places that were shining with excitement and possibility, by simply letting the imagination take over. Then, of course, I was influenced by the immediacy of the things I was immersed in growing up, too. I began to realize early on that these things all could become the stuff of published writing, especially among the poets. I tried my hand at poetry, all forms. I began publishing bad poetry as a teenager. Furthermore, I began publishing awkwardly written newspaper articles as a teenager as well. 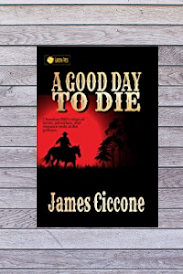 Is there a writing routine you follow or do you write when the muse strikes?

There is a mysterious inner voice that does the writing for me. I am just the person who is present to strike the keys on the keyboard. The voice tells me where all of the connections or linkages are in the story, reminds me of certain things, like the rules of grammar and stylistic tricks and where the arc of the story is going. It is a weird trance. It is not just a case of the characters speaking to me. We have all heard that one. This voice is the writer’s voice. I absolutely do see the scenes in my mind, and this is entertaining. However, the more I write, the more aggressive the voice becomes in taking over the process. Then, when the voice gets good and ready, it makes me take notes or launch into a sit. The notes are narrative outlines, bits and pieces of dialogue or descriptive prose, and the sits can go on for hours, many hours. If you want to call the mysterious voice a “muse,” so be it. I guess I would have no objection. However, I think calling this a “muse” is a way of politely referring to a mental defect. It is a euphemism similar to the way people use euphemisms to avoid talking about death and dying. Anyway, I don’t profess to understand it at all. I am not even sure it is wise to begin speaking about this topic in detail. I am sure all of your writers understand exactly what I am talking about. The issue, and it is an issue, stands somewhere at the crossroads of fraternizing with a third party and navigating a mental defect, doesn’t it? The next steps in the process involve the rewrites. I found that switching the type of the manuscript helps create an editorial distance. I spot mistakes that way. Then, if you are as fortunate as I was with “A GOOD DAY TO DIE,” your manuscript is discovered by a small group of consummate professionals, wonderfully angelic figures who are expert storytellers and editors, reliable eyes and ears, like the editors in residence at Sundown Press. Those gifted editors, Cheryl Pierson, Livia Reasoner, and Michelle Reed, stood at the final stages of the rewriting process. They suggested changes that ranged from peripheral changes or marginalia to substantive or sweeping changes involving POV, etc., etc., etc. In the case of “A GOOD DAY TO DIE,” the rewrite covered the spectacular period of one year. Finally, historical accuracy is paramount in Western fiction, so research plays a key role at each step of the process. Research, of course, influences the outcome.

Are you a plotter or pantser?

I am a hybrid. I am both a plotter and a “pantser.” This is the first time I’ve considered explaining what is going on. It is definitely not a formulaic, rigid process. The fluidity of the process essentially follows the story’s intrinsic momentum, and I am not entirely convinced the word process is the right word here. The idea of momentum is probably much closer to the truth.

I start out as a “pantser.” The inspiration to tell a particular story in a particular way hits me, and I start writing it from the seat of my pants. However, as the writing is underway, the inspiration begins to move things around. I take notes and record bits and pieces of inspiration as I am writing the story. The narrative in my notes begins to assume a chronology or sequence or arc of the story. These notes ripen into something resembling an outline. However, I do take notes.

I started writing poetry years ago. That is where the habit of notetaking got started. I’d write these little notes. The little notes would begin blossoming into lines, counting syllables, stuff that typically contributes to the process of writing bad poetry, that is, perfecting the art of writing bad poetry. I have been told that character development and dialogue are my strengths. This interests me, since I had to work hard at those things. The descriptions and figurative language should have been much easier, given all of the bad poetry I have written and all of the outstanding poetry of have read, but I guess this is not the case. I am not sure. 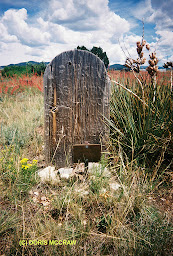 Is there a process where you find your next story or does the idea just hit you?

Yes. I wrote dark, psychologically complex, Dostoevsky-esque, epistolary novels filled with plenty of gore and more and more surprising ways to involve a body cavity in a murder scene. I am not sure where all of that imagery came from in the first place. It may have had something to do with all of the startling crime scene photographs and morgue shots I dealt with throughout my career, especially the ones involving children. Who really knows? My sister, Diane, read this epoch, cavernous piece of catharsis and advised: “Jimmy, why don’t you just write books people might like to read?” Did the idea just hit me, you ask? Yes. That idea hit me right between the eyes.

The idea came from my sister. She inherited all of the brains, good looks, and money in our family. I got whatever was left over. I am afraid all that was left over for me after the estate inventory was tallied was the idea that I could write stories people just might like to read. Do you think I was shortchanged in life? Perhaps. That is how I came upon the idea to just write entertaining stories, hopefully stories of value, stories people might like to read. The operative word, of course, is “just.”

I would argue Western novels hold the potential to become stories of value on many levels. The historical accuracy of a well-written Western reminds us that history cannot be “un-lived.” The genre gives us so much space to invent and to deliver messages. For me, it creates the situation for satire. It challenges the reader to observe the many things in society that evolved rapidly while, pointedly, distinguishing those things from the many other things that remain paralyzed, fixed in time.

Audacity doesn’t need an introduction. Folks recognize it when they see it. Audacity is what the world admires about the Old West, the gunplay, the settlers, the ranchers, the farmers, the cattle drives, the bandits and stagecoach robbers, the relentless will to brave cruel winters, the courage to just keep going West no matter the odds and no matter the obstacles. All of it boils down to audacity.

Audacity describes the spirit of the Old West better than all of the other words put together. Audacity is the quality historians bump into when they are trying to make sense of it all. Audacity built the railroads. Audacity possessed Mr. Lincoln to insist upon change, and audacity possessed the South to resist. Audacity encouraged formerly enslaved people to rise up, run away, and confront their captors. Audacity rushed for gold. The characters of the Western novel, and the Old West, display plenty of audacity. I find the idea to write stories somewhere in this notion of audacity. I think many other Western writers do, too. I think delving into the psychology of audacity is one of the keys to achieving stories people might like to read.

Do your life experiences influence or hinder your writing?

I certainly think growing up in the rural areas of the Northeast, borderline Appalachia, influenced the foundation of these stories.

If you had a choice, which is your favorite to write, short stories, novellas or full-length novels?

All of the above. I don’t agree with the premise that these forms are mutually exclusive.

You can follow James on his Amazon page here: James Ciccone - Amazon

I find there is so much to learn from other authors. Please keep an eye out for future Western Fictioneer author interviews. Until then, stay safe, warm, and keep those stories coming. The world needs them, even if they don't realize it, yet.

Posted by Renaissance Women at 9:04 AM