On This Date in the Old West: January 14

On this day in the Old West, January 14, in 1873, prominent African American Pinckney Benton Stewart Pinchback was elected to the US Congress. P.B.S. Pinchback was born near Macon, Georgia in 1837 to a white father, William Pinchback, and African American mother, Eliza Stewart, a freed slave of his father. Upon his father’s death in 1848, his mother moved her ten children to Ohio, fearing that her husband’s family would try to re-enslave them. Pinchback’s early education was at the public schools of Cincinnati. He entered politics in 1867, serving as a delegate to the Louisiana Reconstruction Convention. He also served as a member of the Louisiana State Senate from 1868 to 1871. 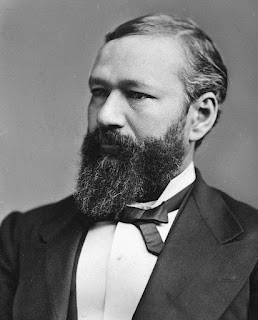 When Lieutenant Governor Oscar Dunn died in 1871, Pinchback, who was serving as president of the senate at the time, assumed the duties of the office. He served in this capacity until the impeachment of Governor Henry C. Warmoth in December 1872. Pinchback assumed the office of governorship and served for thirty-six days. He was the first African American who ever served as a state governor. During his short tenure, several appointments were granted, and ten legislative bills were sanctioned. After leaving the governor’s office in January of 1873, Pinchback was elected to the US Congress, but his Democratic opponent contested the election and Pinchback was denied the seat. A year later, he was elected to the US Senate, but again, was denied the seat due to charges of election irregularities—although some said it was the color of his skin that counted against him.

At the age of 50, Pinchback decided to study law and entered Straight University in New Orleans, Louisiana. He was admitted to the bar in 1886 and moved to Washington, DC, where he remained active in politics until his death in December 1921. 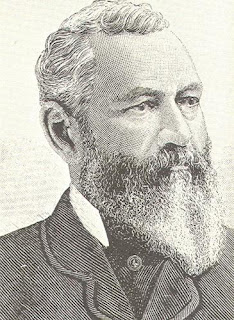 On the same date that Pinchback was elected to the US Congress, in 1873, inventor John Wesley Hyatt registered a trademark for his new creation: celluloid, the first artificial plastic. He had patented this invention previously, and was currently manufacturing such items as false teeth, billiard balls, and piano keys.

In the late 1860s, while searching for a substitute for ivory in billiard balls, Hyatt combined nitrocellulose, camphor, and alcohol, and heated the mixture under pressure to make it pliable for molding. In addition to creating the new plastic material, Hyatt also invented the machinery needed to work it. One of the first uses of the new plastic was, not billiard balls, but denture plates, although Hyatt’s company, the Albany Dental Plate Company, also manufactured billiard balls and piano keys. Hyatt continued to invent new devices and materials throughout his life, ending with nearly 238 separate patents to his name. He is included in the National Inventor’s Hall of Fame. 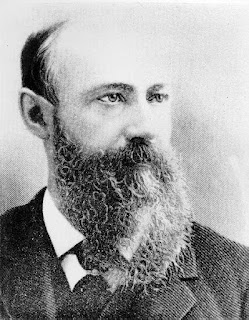 Hyatt was born in Starkey, New York in 1837. He began working as a printer when he was 16, first in Illinois and later in Albany, New York. There, billiard ball maker Phelan & Collander were offering a $10,000 reward for a suitable substitute for ivory, the growing shortage of which was threatening the company. Hyatt spent several years seeking such a material, eventually coming up with celluloid, but there is no evidence that the reward was actually ever paid out.

The plastic was actually invented in 1856 by another scientists, Alexander Parkes, but he was unable to manufacture and produce the substance, which he called Parkesine. He took Hyatt to court over the patent, and the courts decided that Parkes had indeed been the first to invent the substance, but that Hyatt’s production could continue.

Initially, construction of Hyatt’s billiard balls involved coating the composition balls in a colored layer of almost pure cellulose nitrate. However, in his experiments, Hyatt discovered the solvent action of camphor on cellulose nitrate under moderate heat and pressure, and this was the basis of his 1870 patent. In addition, he also developed machinery for working his new material—something his unsuccessful predecessor, Parkes, had failed to do. In 1870, the Albany Dental Plate Company changed its name to the Celluloid Manufacturing Company and in 1873, the company moved to larger premises in Newark, New Jersey. Hyatt was awarded the Perkin Gold Medal in 1914. 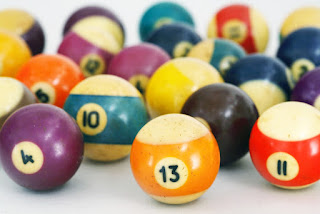 Your characters may have heard of P.B.S. Pinchback if they followed politics, but they would likely have heard of or encountered celluloid if they were around late enough in the century. Perhaps they noticed a difference in the quality of billiard balls when they changed from ivory to celluloid. Or perhaps Grandpa Joe got a pair of those new plastic dentures!

I hope everyone has a very Merry Christmas and Happy New Year! See you in 2022.