Three Women Who Fought to be Doctors in the 19th Century
By Jesse J Elliot
Many Americans remember watching Dr. Quinn, Medicine Woman on television. Occasionally met with scorn and derision by some men in her town, she usually was able to overcome their prejudices and save them from some ungodly condition that was probably never even named back then. The real female pioneer doctors not only battled prejudice in receiving their education but fought for women’s health, suffrage, education, and racial equality. One of the women, Elizabeth Blackwell was only admitted to the medical college as a joke; Mary Edwards Walker insisted upon wearing pants throughout her career; and Sarah Loguen Fraser, daughter of a former slave, earned her medical degree and served in Santa Domingo and the United States.
Elizabeth Blackwell:

On January 29, 1849, Elizabeth Blackwell graduated and was the first female to receive an official degree in medicine. Born in Bristol, she came from an intellectual family that championed women, racial equality, and universal education.  She was awarded her medical degree to the chagrin of many of her medical professors and fellow [male] students. “It was, quite literally, a joke even to the men who accepted her to Geneva Medical College—the question of whether or not to accept a woman was put up to a vote of the students, who voted in favor as a practical joke. Nevertheless, Blackwell received her acceptance letter and started school in 1847.”
She went on to found an infirmary for women and children, train nurses for the Civil War, and establish a hospital. She encouraged other women to become doctors, and her own sister and a friend followed in her footsteps. She returned to England and there become a professor of gynecology at the School of Medicine for Women. She spent her life not only tending to the sick but helping and encouraging other women to follow their paths.
Mary Edwards Walker

In all of United States History, there has only been one woman to receive the Presidential Medal of Honor. Mary Edwards Walker is that woman. As a surgeon, women’s rights advocate, abolitionist, and spy, Walker became the first female U.S. Army surgeon during the Civil War. Her legacy has been celebrated across the country, and in 2012 Walker’s hometown unveiled a 900-pound bronze statue in honor of her contributions.
Shortly after she graduated, Walker married another medical school student Albert Miller on November 16, 1855. They started a medical practice together in Rome, New York. However, the practice did not succeed because the public did not want to accept a female doctor. When the Civil War began in 1861, Walker wanted to join the Union’s efforts. She went to Washington but was not allowed to serve as a medical officer because she was a woman. She decided to still serve as an unpaid volunteer surgeon at the U.S. Patent Office Hospital in Washington. At the time, the army had no female surgeons, so Walker was only allowed to practice as a nurse. She also wrote to the War Department in September of that year requesting to become a spy, but she was rejected. However, in 1863 her request to practice as a surgeon was finally accepted. She became the first female U.S. Army surgeon as a "Contract Acting Assistant Surgeon (civilian)" in Ohio.
During Walker’s work as a surgeon in the war, she often crossed battle lines to care for all soldiers and civilians. She was even a POW, arrested by the Confederates while she was aiding a Confederate soldier. Even when imprisoned, she refused to wear the women’s clothes provided to her. She wore men’s clothes her entire life because they were more comfortable and hygienic.
Walker even wore pants under her skirt at her wedding. She became the assistant surgeon of the Ohio 52nd Infantry a month later. After the war, Walker was awarded the Presidential Medal of Honor by President Andrew Johnson.
She was arrested several times for wearing men’s clothes. Walker merely responded by saying, "I don't wear men's clothes, I wear my own clothes." She not only fought for suffrage but was arrested when trying to vote.  She even tried to run for Congress twice. 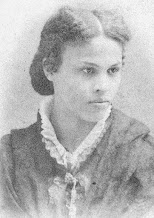 Sarah Loguen
Sarah Loguen was born on January 29, 1850, in Syracuse, New York, one year after Elizabeth Blackwell graduated with her medical degree.  Her father, the Rev. Jermain Wesley Loguen was a former slave and prominent abolitionist. His wife, Caroline Loguen, was the daughter of prominent local abolitionists. Her father started the first school for black children in the Syracuse area and used his home as a safe house for hundreds of slaves traveling the Underground Railroad.
In 1872, when Loguen was twenty-two, her father died and because her mother had died previously in 1867, she became head of the household as her eldest sister, Amelia, had married and moved to Washington, D.C. However, in 1873 she saw a young boy pinned under a wagon, needing immediate medical attention after an accident. She was disturbed by her own inability to respond. That day she vowed she’d be able to make a difference by joining the medical profession. She spent the next five months shadowing Dr. Michael D. Benedict, the family’s physician. Because of her work with Dr. Benedict she was admitted to the Syracuse School of Medicine on October 3, 1873.
Dr. Sarah Loguen graduated with her medical degree from the Syracuse College of Medicine in the spring of 1876, becoming the fourth female African American physician in the United States. With encouragement of her mentor, Dr. Benedict, she completed an internship at the Women’s Hospital of Philadelphia, Pennsylvania in 1877, and a second internship at the New England Hospital for Women and Children in Boston, Massachusetts in 1878.
Dr. Loguen moved to Washington, D.C. in 1879 and established her first private practice.  While in Washington she met her soon-to-be husband, Charles Alexander Fraser, a pharmacist from Santo Domingo (now the Dominican Republic). The couple married in her hometown of Syracuse, New York on September 19, 1882, and moved to Santo Domingo where Dr. Fraser became the first female physician in that nation. Charles Fraser died of a stroke one year into their marriage.
After a period of international travel and a period where Fraser lived in Paris, France to allow her daughter to attend school, she returned to Syracuse and practiced pediatric medicine and mentored black midwives.  Dr. Sarah Fraser died at home in Washington, D.C. in the company of her daughter on April 9, 1933.
Three amazing women who refused to allow society to keep them from their desired path: to become a medical doctor.
*****
https://www.history.com/this-day-in-history/elizabeth-blackwell-becomes-first-woman-to-receive-medical-degree
JAMA. 2008;300(18):2182-2183. doi:10.1001/jama.2008.590
Three 19th-Century Women Doctors: Elizabeth Blackwell, Mary Walker, and Sarah Mary LeClair, Justin White, and Susan Keeter
J. Marion Sims and the Historical Aspects of Race and Medicine. August 10, 2021.
MLA – Alexander, Kerri Lee. “Mary Edwards Walker.” National Women’s History Museum, 2019. Date accessed.
Chicago – Alexander, Kerri Lee. “Mary Edwards Walker.” National Women’s History Museum. 2019. www.womenshistory.org/education-resources/biographies/mary-edwards-walker.
Staten, C. (2014, March 14). Sarah Loguen Fraser (1850-1933). BlackPast.org.
https://www.blackpast.org/african-american-history/fraser=sarah-1850-1933/