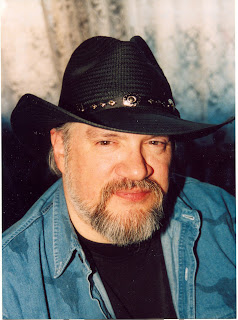 Here's a letter I received today from Leah Hultenshmidt, the Editorial Director of Dorchester Books, in an attempt to clear up their situation. Apparently, word of their demise, or the demise of their western line, have been greatly exaggerated. In addition, in an email to me Editor Don D'Auria said that Dorchester would be publishing just as many original western novels as they ever have.

Don, Chris & I have been working to contact as many people as we could before sending out a blanket announcement regarding some of the new format changes many of you have already read about. Unfortunately, news broke online before anticipated.

Given the many changes in the publishing industry over the last several years, Dorchester has made the decision to more tightly focus its distribution models so that we may fully capitalize on the most profitable emerging technologies.

Starting with September titles, we will be moving from mass-market to trade paperback format. This will delay new releases roughly 6-8 months, but it will also open many new and more efficient sales channels.

And we’re pleased to say all titles will be available in ebook format as originally scheduled. The substantial growth we’ve seen in the digital market in such a short period—combined with the decline of the mass-market business—convinced us that we needed to fully focus our resources in this segment sooner rather than later.

Dorchester has always been known as a company ahead of the curve and willing to take risks. As bookstores are allocating the bulk of their capital to the digital business, it only makes sense that we do the same. Everyone keeps hearing that the industry has to change if it’s going to survive. We’re excited to be at the forefront of that change and will continue to keep you posted on further developments.

And to help answer some of the questions you might have:

When will my book be coming out?
Ebook editions will be out in the month the mass-market was originally scheduled. The trade paperback will follow roughly 6-8 months after. We have tentatively rescheduled many of the Sept.-Jan. titles through June or July 2011. But we're still working on books scheduled farther out.

Why the delay?
Some of the delay will be in reformatting the typeset mass-market so that it better fits a trade size. But most of the extra time is so that the sales force we’re working with will have a chance to sell books in to the accounts. Just like mass-market, stores will be placing their orders about 4-6 months before the books are printed.

I read in an article that these are print-on-demand. Does that mean they won’t be offered to the general market?

We’ve partnered with Ingram Publishing Services, who will be selling in books to libraries, Borders, B&N, Books a Million and all other retail and wholesale accounts that we've called on previously. But by having many more sales reps, we'll also be able to target accounts, such as many independent stores, who have not ordered our books in the past. Just as for mass-market books, stores will place their orders and we will print to fill them. Books will be on the shelves for readers to browse. However, using print-on-demand technology, we will not have to keep as many books in inventory incurring warehousing fees. Books will be available for reorder just as they are now, but we will only have to print as many copies as we need instead of a minimum of 5000.

What happens to backlist titles?
We’re currently in the process of changing warehouses, but once set, reorders will continue as normal. When a book goes out of stock, we will make the determination of whether to reprint—just as we do now. Reprints will most likely be in trade format, though we haven’t completely ruled out the possibility of some staying in mass-market.

Thank you for your patience and support as we make this transition.

Someone described this letter to me as "defensive." I prefer to think of it as "encouraging." On the other hand Dorchester's decision to go heavily into E-publishing is not one that I endorse. But I tend to hang on to the "old ways." And I love mass market books. But if I equate what's happening with mass market books to what happened years ago with cassette tapes, can almost understand it. Not accept it, but understand it.

P.S. I think I made my photo too big in this post. So sorry. My blogging needs work.

Posted by Western Fictioneers at 10:04 PM