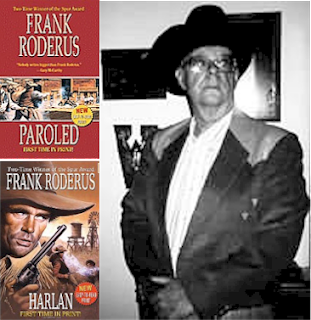 If you intend to make it as a professional, perhaps the most important quality you can have is simple stick-to-it’iveness. Bloody-minded stubbornness is more like it.

And no matter what, do not – do not ever – allow yourself to be dissuaded from the dream.

Let me tell you a true story about my struggling years. I was a newspaper reporter and as such spent a great deal of time sitting through murder trials. Now there is nothing so boring as a murder trial. The lawyers laboriously, studiously, boringly go into incredible details of arcane law, frantic lest they forget some technicality.

Sitting and listening to this nonsense in real life is most unlike the drama you see on TV. To keep myself busy I wrote, in longhand in steno pads. And I wrote what I thought was a pretty good yarn.

I typed that up into a manuscript in the style specified in Writers’ Markets, then had to find a publisher. Now how do you go about such things when you have no track record and know nothing about the business?

Why, you get an expert to handle it for you. Of course.

So I went through the books again and found a likely agent. Mailed the manuscript off and started chewing my nails waiting for the response.

Boy, did I ever get one. My manuscript came back in due time and along with it a letter. The letter said, not quite in so many words but very bluntly, that I was not a writer, should not bother her or anyone else again and to find something else to occupy my time.

To say that I was crushed is an understatement. I was devastated. I took her advice. Because, after all, this woman was a New York agent and New York agents know everything. Right? Sure they do.

I put that manuscript aside and tried to give up the thought of writing. It was three years before the desire to write overcame me to the point that I had to try again.

I pulled that same manuscript out, read it over and decided it really was not that terrible. Sent it off again, this time to a small, mid-western press.

They bought it, and Duster was a Spur Award finalist that year. I have been writing and consistently selling ever since.

My point here is that the all-knowing New York agent (I have completely forgotten her name, but her initials are Ann B Elmo) very nearly stopped my career before it ever happened. And would have had I not been so determined to try again regardless of that ‘professional opinion’ from on high.

Believe in yourself. That is the key.
Posted by Western Fictioneers at 6:00 AM