Luke Willford Simms left New Mills, Derbyshire, England, emigrated to America, crossed the plains, settled in the desert, and set out to practice the profession he had apprenticed: a cooper. 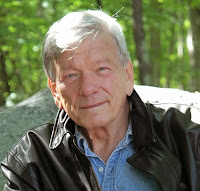 Trust was one thing, but Luke Willford knew Brigham thought tithing a sacred duty and paying people a minor inconvenience.  It fell to Luke’s shoulders alone to worry about how much he was to be paid for serving as constable.

No sweat. Search the Google string: “salary of a sheriff in Utah Territory in 1853.” As usual,  195,000 results came back. The first ten pages, about one hundred-fifty of the search results, neither turned up (nor very much discussed) direct, original evidence to answer the question. Perhaps no one had directly studied it? There remains hope that on page 11,666, the 175,000th search result will show a ledger that documents the sheriff’s pay. My patience as a researcher gave out before that.

Much more fun came from the discovery that the first and very colorful sheriff of Salt Lake City, also personally appointed by Brigham Young, deposited $640 into Brigham’s tithing account.  Original evidence of how much someone made. But, alas, Sheriff Ferguson earned that money from his successful foray into the California gold fields. (Sheriff James Ferguson’s tithing payment amounted to about $20,224 in today’s dollars, meaning his gold discovery was probably worth about $202,240 in today’s dollars.) (For a good discussion of why to use and why not to believe $31.60 in today’s dollars for an 1853 dollar, see https://www.measuringworth.com.)

Triangulation suggested working with a few facts about pay that I knew to be true. For example, a cohab in Utah (if the judge convicted him and arrest alone was almost always tantamount to conviction) was worth a $300 fine.  Those pay rates came a little bit later because public acknowledgement of polygamy by the LDS Church came in 1852, but the the Federal Government law creating fines for cohabitation did not attive until the 1880s.

Nevertheless, from the perspective of 165 years, if the closest I can get is 25 years, I’ll take it.

All they had to do to earn this fine income was arrest a man who had a family and children. Oops, excuse me, two families and children.

The second point in my triangulation came from the only real data I could collect: today’s Sheriff’s salaries.  “Utah Right to Know” provides the sheriff’s compensation for every county.  The sheriff  in Summit County is not paid as much as in other Counties, but he is paid $157,398 in total compensation (2015).  Whittle away the 35.3% benefits and the vacation portion of his salary reported as a benefit, not a salary, and work back to $101,142 in today’s dollars.

Only the question of what is a day in today remains. My constable worked every day of the week, no vacation, no holidays, no health care, no pension, (and, very often, no pay.) So, $277.10 per day, today, for 365 days, amounted to $8.77 per day in 1853. Now, we’re getting close. My Fugitive Sheriff took a second job, driving the silver freight, at fifteen dollars a week, to make ends meet.  In 1883, $2 a day was something like an acceptable wage. Thirty years earlier, perhaps generous.

I’m going to pay my constable fifty cents a day and fifty percent of the fees he collects (but not the fines.) He might get a raise in the future, after Summit Mission becomes Summit County. I welcome any thoughts or suggestions from my fellow Western Fictioneers.  It will take more than a year for Sheriff Luke Willford to sees the light of day--plenty of time to come up with a better pay rate, if there is one.