EERIE TALES OF THE OLD WEST by Tom Rizzo

Most people like ghost stories. I’m guessing among those reading this post are some who have their own ghost stories to tell. I’ve probably encountered a ghost or two without knowing it. In fact, a long time ago I experienced what I thought was a ghostly sighting—or something unexplainable...

Sheets of rain slammed against the windshield making driving difficult and treacherous while I navigated the narrow back roads of southwestern England. I had been trying to find refuge on what had been a sunny day turned gray and gloomy by heavy dark clouds. Between the hypnotic schwump shwump schwump shwump of the windshield wipers, I spotted the glow of stained glass off to my right and turned into the parking lot of a church.

Despite the heavy downpour, I grabbed my travel day bag, left the car, and ran to the front door and went in. I sat in the back alone and saw no one else. The church was small and quiet. Ten rows of pews bordered each side of the aisle. 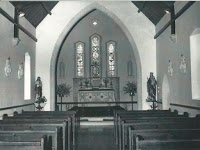 Minutes later, I took my camera out snapped a few photos of the altar and stained glass windows. Days later, I had the film developed (yep, way back then). When I reviewed them, one stopped me cold.

In front of the altar, an amorphous, somewhat transparent image, looked as if it was floating above the communion rail. Only one of the photographs revealed the apparition.

I slipped the photograph into an envelope and carried it around with my other belongings during various relocations over the years. After I became a reporter, I was assigned to write a story on the paranormal and retrieved the yellowing envelope. The altar appeared as I remembered it.

The ghostly image, however, was gone.
Vanished.
Like ghosts often do.

Ghost stories aren’t confined to any particular time period. People have shared them for years—at least the ones willing to confront skeptical listeners. The Old West was no different. Phantoms and legends and ghosts populated the frontier as much as any other time in history. Ghost towns, ghost camels, ghost trails. And, I’ve posted blogs about a few of these incidents.

Click here to read about the Ship of Death. 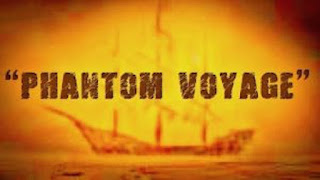 Click here to read about The Ghost of White Woman Creek. 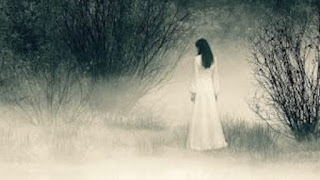 Click here to read about the Dance of Death. 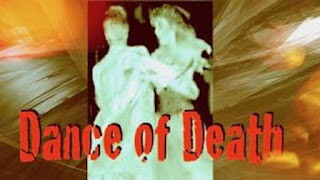 One of my favorite ghost story of the Old West is The Legend of El Muerto: The Dead One.

This story features a large black mustang that thundered across the brush country of south Texas holding a headless rider, upright and rigid, with a sombrero rocking back and forth on the saddle pommel. The cowboys who witnessed the ride of this headless horseman knew instinctively that the broad-brimmed hat covered the head that once belonged to the body. 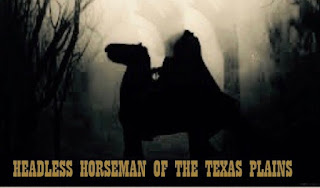 The animal would often slow to a canter, buck, and stomp and snort before a gathering of stunned cowhands. Head lowered, it would rise up, give a mournful whinny and gallop away, horse and rider outlined against a bluish-gray sky.

The 19th-century legend of the headless horseman of South Texas dates back to the 1850s when a notorious Mexican bandit named Vidal began stealing horses from a rancher by the name of Creed Taylor, a Texas Ranger.

Vidal and his gang also stole horses from a Mexican rancher by the name of Flores, a neighbor of Taylor's. The two men decided to recruit a third and pursue the horse thieves to enforce justice in a way never to be forgotten.

William Bigfoot Wallace, also a Texas Ranger, despised horse thieves and wasn't about to pass up the chance for retribution. After the trio discovered Vidal's camp, they waited until nightfall and launched a surprise raid, killing Vidal and the rest of the gang. 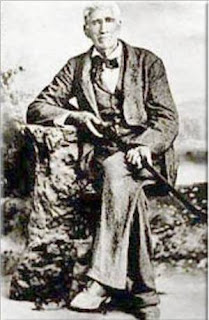 But, as someone once said, vengeance knows no bounds. Wallace wanted to make an example of Vidal and send a clear and chilling warning that livestock rustlers would face harshest of consequences.

Working together, Wallace and his companions severed Vidal's head from his body. They selected the wildest mustang amid the ranks of the stolen horses, tied it between two trees to steady it, and slung a saddle across its back.

They placed Vidal's headless body in the saddle, roped in a way to make it sit upright. The trio then lashed the bandit's hands to the saddle horn and legs to the stirrups. For the last step, they wrapped a length of rawhide through the jaws of the severed head and tied it to the saddle, the sombrero still atop his head.

They cut the ropes and released the mustang, sending it galloping into the land of legend and lore. The gruesome display seemed to resonate, and the number of horse stealing and cattle rustling attempts decreased. Taylor, Wallace, and Flores shared a laugh whenever they heard stories of a wild horse crisscrossing the Texas hills carrying a headless rider.

A group of cowboys finally corralled the mustang at a watering hole near Bent Bolt, Texas, and found the corpse riddled with dozens of bullet holes and arrow wounds. Beneath the sombrero was a small skull, dried up from too long in the unforgiving Texas sun.

Vidal's body lies in a small cemetery on the La Trinidad Ranch in Ben Bolt. The burial, however, didn't end the sightings—at least not for a while. In fact, people still tell stories of spotting a headless horseman racing across the South Texas plains on an untamed black mustang.


Got a ghost story of your own?