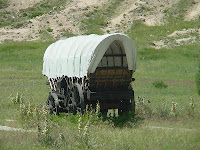 Tiny homes. It’s the latest craze to hit the housing industry--though families have been kiting around the country in “mobile homes” since the pioneer days.


A recent family discussion about the need for growing boys to have their own bedroom reminded me of a recent trip with my dh to explore and photograph an ancestral cabin in northern Arkansas.

James Garfield Finis & Phoebe Trimble built their first cabin on their farmland in Izard County, near Dolph, Arkansas, in 1815-1816. The exterior of the cabin measure 20x20’—so the inside would be 19x19’--and they raised ten (yes, TEN) children in the space.

The cabin is built without nails, the boards dovetailed to stay put and the cracks stuffed full of chinking. The cabin in these pictures is actually the second one built, though they made it exactly the same size. Don’t ask me why.

The main floor had the single fireplace, a table used for dining, repairs, school work, cooking, sewing…  A spinning wheel probably held a permanent place near a window, too, as might a desk, a piano or a rocking chair.

Mr. & Mrs. Trimble probably had their bed in a corner of the room, too, away from the fireplace and windows. And up those stairs in the back of the room was the loft, where all of the children would sleep. No kid had their own room in this cabin! In fact, looking at it, I had to wonder how on earth they managed to find the privacy to conceive ten kids in there.

In my novel, TEXAS GOLD, my heroine lives in a cabin about the size of the Trimble cabin. When the hero literally trips over it, the cabin is inhabited by Rachel, her brother Nathan, and a goat and a few chickens are sheltering inside against a freak snow storm.


Where am I? Jake lay still and took stock of his surroundings. He was definitely inside a structure. Though the air was ripe with the scent of animals, he didn’t think he was in a barn.


Something lay across his body, holding him in place. He listened for the sounds of people, footsteps, whispered words. Nothing. The silence was broken only by the shifting of a log in the fire. If anyone stood watch, he couldn’t hear them.


Taking care not to give away the fact he was awake, he opened his eyes a slit. He could see out of the right one, but the left eye was blurry and swollen nearly shut, thanks to a lucky punch from that murdering pack of thieves that jumped him.


How had he gotten here? The last thing he remembered was dragging himself through a raging blizzard after Harrison and his men had beaten the holy hell out of him. Now the scents of animals, wood smoke, and lavender surrounded him.


Glancing down, he found the source of the lavender. A woman lay stretched out on top of him. Silky blond hair the color of the summer sun ran in a river across her shoulder and onto his bare chest. Her forehead was smooth and she had a small nose that turned up a little at the end. Long lashes a little darker than her hair fanned across the milky skin of her cheeks. In spite of his battered body, he had a sudden strong desire to taste that skin.


He shook his head to clear it and bit back a curse as the movement shot pain through his skull. In a rush, the memories of the previous day returned. And so did the agony. Besides his head and face, they must have landed a few boots to his ribs. His side burned like hell-on-fire.


Taking shallow breaths to ease the pain, he looked around. The rising sun glowed around the edges of the window shutters. He couldn’t see a guard, but he hadn’t really expected to find one. If Harrison was around, a half-dozen guns would have finished the job they’d started last night.


He turned his head a little to one side and located the source of the smoke. A poorly built red-stone chimney staggered in drunken lines all the way to the whitewashed ceiling. Whoever had built it must have been working his way through a jug of moonshine at the same time. The floor was probably plank since he didn’t smell dust, but all he felt beneath his fingers was wool and the give of a straw mattress.


He rolled his head to the other side, stretching aching muscles. The room wasn’t large, but it was well kept. There was a curtained doorway behind him and stairs in the far corner led to an attic or second floor. Plenty of places for someone to hide. He’d check them out, as soon as he could coax his battered body to move.


A sturdy rocker was pulled up close to the warmth of the fire. There weren’t any fancy things lying around. A small plank table with benches down both sides separated the kitchen from this side of the room, but the table was bare except for a couple of books and a guttered candle. Nothing to give a hint of where he was or who’d taken him in.


He looked to the other side of the room and blinked his good eye to clear his vision. It didn’t help. In the far corner, he thought he saw two goats, four chickens in dilapidated cages, and his horse. There were animals inside the house.


Where was he? If Harrison or his men had found him, he’d be toes down in the snow. He must have stumbled on this place and whoever lived here had taken him in. By the feel of it, he’d been stripped down to what God gave him. His gaze returned to the woman lying across him.


A smile curved one corner of his mouth. Wherever here was, he liked the company. He reached for her, but his left arm wouldn’t move. Concerned, he tried again. If he could only draw one weapon, he needed to know. Of course, since he was stark naked on the floor, it didn’t matter a whole hell of a lot at the moment.


Giving up, he used only his right hand. Careful not to wake her, Jake searched for more of her softness and found cotton. She had a sweetly feminine shape buried under layers of cloth. Running his hand down the silken hair, he found her rounded bottom exactly where he’d hoped. He pressed her center to his rapidly hardening one, and couldn’t resist shifting his hips a little.


The groan of pain slipped out before he could stop it. Everything hurt, even his skin. A tiny sound brought his gaze back to the woman. Brilliant blue, the color of a clear mountain lake reflecting the sky, stared back at him.