I caught a History Channel documentary a bit ago on the Chicago Union Stock Yards.

In 1848, when Chicago was only a connection for transporting livestock from the West to the rest of the country, small stockyards such as Lake Shore Yard and Cottage Grove Yard were scattered throughout the city along various rail lines. As the railroads expanded westward, evolved into a large railroad center. As the number of trainloads of livestock increased, the need for a centralized stock center became obvious.

In 1864, a consortium of nine railroad companies acquired three hundred and twenty acres of swampland south west of The Loop, and the Chicago Union Stock Yards was born. By 1890 the yards were handling more than nine million cows, pigs and sheep a year. That’s a lot of hooves.

But I wanted to know who took care of all those critters.

Before the creation of the stock yards, tavern owners provided pastures and care for cattle herds waiting to be sold. Eventually they built 2300 livestock pens on the swampy site. They also built

hotels, saloons, restaurants, and offices for merchants and brokers, but that’s another blog.

My next question: who moved all those animals around? I had visions of cowboys throwing lassos in downtown Chicago.

Unfortunately, there wasn’t a storyline there, after all. The cowboys only moved the doggies as far as City, and all the other termini of the cattle drives. 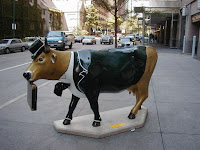 In the early days of the Stock Yard, drovers herded cattle, hogs, and sheep down two wide thoroughfares from the railroad cars to the pens. Then the railroad consortium built more rail lines, bringing the livestock right to the holding pens—and removing the need for the drovers.

It’s a shame really. A thousand head of longhorns moo-ing their way down Michigan Avenue ahead of a couple of swoon-worthy cowboys would have been entertaining. 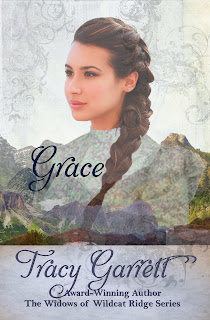