STEAMBOAT: "The Closest Thing to Perpetual Motion that ever Wore Hair" By VONN McKEE

Those are a few of the stylish moves the toughest bucking horses (aka “arm jerkers”) use to throw off whoever dares to climb onto their backs. Most broncs pick one or two of those specialties and get consistently good results. But there was one horse, long long ago, who used every trick in the cowboy playbook and some that hadn’t been written…

In 1894, a big black Percheron/Mexican hotblood cross with three white stockings was foaled near Chugwater, Wyoming. The Two Bar ranch hands hoped he’d be a fine cowpony. He was, in fact, gentle enough to be led around by the rancher’s kid. The colt’s only mishap was suffering a broken nose when he was thrown down for gelding, giving him a distinct whistling sound—like a riverboat—when he exerted himself, and he was thereafter known as “Steamboat.” At three years old, the day came when a saddle was put on him, and all hell broke loose. “He blowed up at me and we had one of the damnedest saddle fights you ever saw,” said top hand Jimmie Danks. It became clear, after no one could successfully ride the outlaw, that the horse was born to buck, not cut cattle.

Steamboat was sold to a bucking horse contractor named John Coble and was soon wowing crowds and tossing cowboys like ragdolls in Denver arenas, then the Cheyenne Frontier Days, where he became a wicked, twisting, celebrity bronc. He threw off the best riders in the circuit. In those days, a win did not constitute an eight-second ride. The contest wore on until either the cowboy was on the ground or the bronc stopped bucking.

In 1903, Guy Holt managed to stick on and also happened to be photographed by B.C. Buffum, a professor at the University of Wyoming. The image of the desperate battle between the horse and rider inspired the university’s logo and, most agree, the iconic bucking silhouette pictured on Wyoming license plates. 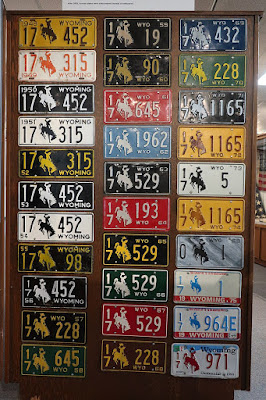 Only a few riders would stick out a ride on Steamboat over his long career. When he retired, he became an equine star in the Irving Brothers Wild West show. In 1914, he was badly injured on barbed wire during travel and contracted blood poisoning. Steamboat was taken to his native Wyoming but the prognosis was grim. One of rodeo’s greatest bucking broncs of all time was put to death with a rifle that had belonged to the notorious Tom Horn, in a dramatic end-twist of Wyoming history. 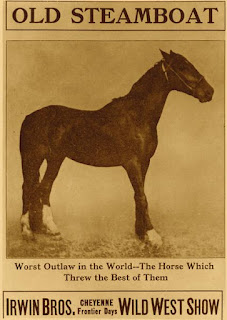 Rodeo buff Jack Bowers described the legacy of Steamboat in a 1970 Sports Illustrated article:
"I've seen 'em all for 65 years and I never saw a buckin' hoss to top Steamboat. First off, he was big and powerful—1,100 pounds—and tireless. Fact is, he was the closest thing to perpetual motion that ever wore hair. He'd start to squat when they threw the saddle on him and by the time the bronc buster was set in the stirrups Steamboat's belly'd be almost touchin' the arena dust. Then, the second they'd jerk that blindfold he'd explode! He'd bust out to the middle of the arena as if he wanted the stage all to himself and he'd put on the damnedest exhibition of sunfishing and windmilling I ever seen. His best trick was to swap ends between jumps and come down ker-slam on four ramrod legs. His head and forelegs would be twisted one way and his rump and hind legs another. When he was goin' all out, he seemed to be on a great big invisible pogo stick. Few men could stand that kind of battering without bleeding from the nose, and most became nauseated as well. Sometimes, no matter how tight a rider laced his buckin' corset, he'd wind up with broken ribs. Bronc riders are harder'n scrap iron, but ol' Steamboat put some of the toughest into the hospital for repairs."

Steamboat lives on in bronze perpetuity on campus at University of Wyoming-Laramie. “The horse has a lot of Wyoming history in him,” explained sculptor Chris Navarro. “He was born and bred here, and he was a champion bucking horse in Cheyenne. They designed the logo for the state from him. When you see that emblem, it’s Wyoming, and that’s what makes it cool.” 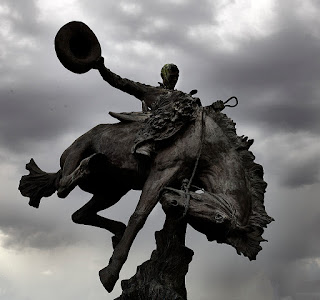 (Recommended reading: Steamboat, Legendary Bucking Horse: His Life and Times, and the Men Who Tried to Tame Him by Candy Vyvey Moulton and Flossie Moulton) 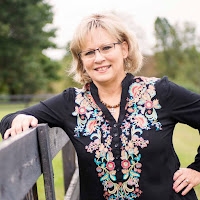 WESTERN SINGLES ON WOLFPACK
AT AMAZON
Posted by Vonn McKee at 12:03 AM