Twenty-Eight Things You Didn’t Know About Dances With Wolves 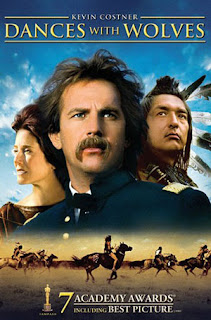 It was on this date twenty-eight years ago, March 25th, 1991, that Dances with Wolves won the Oscar for Best Picture at the 63rd Academy Award ceremonies, becoming only the second western film to earn that honor - the first being Cimarron (1931), directed by Wesley Ruggles. To honor the occasion, here are twenty-eight things that you didn’t know about Dances with Wolves: