California became the 31st state in September, 1850. The state had played an important part in the development of the West, and still had a role to play before the century was out. There’s just too much for such a small post, so I thought I’d focus on an often-overlooked area of California history: the ghost town.

Most ghost towns are the result of mining booms and busts, and California has seen her share of those. Silver and gold, as the song goes – both played their part in the development of the state.

California has an entire Wikipedia page of ghost towns, from 18 Mile House and Agua Fria to You Bet and Zurich. I’m going to concentrate on several that you can actually tour today, so you can travel back in time and see how the Old West looked when your characters were alive. Visit California (visitcalifornia.com) has assembled a nice little jaunt that will take you three to six days to complete.

Old Shasta is our first stop. In the 1850s, this town was the jewel in the state’s northern mining district crown. They had the longest row of brick buildings north of San Francisco, with hotels, saloons, and stores along their main street. Unfortunately, the railroad was routed, not through Old Shasta, but through Poverty Flats (now Redding). That spelled doom for the small town, and residents soon packed their belongings and headed for more promising regions.

Today, you can tour the city’s (crumbling) remains in Shasta State Historic Park, on Highway 299 west of Redding. A must-see is the beautifully restored 1861 County Courthouse, with its jail cells and gallows. The building is now a museum holding an Old West gun collection and a selection of mining memorabilia. 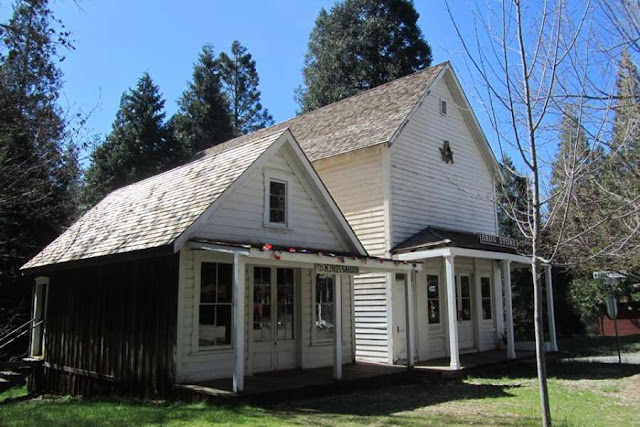 After your visit, you can head over to Malakoff Diggins State Historic Park, a 3,000-acre park,  26 miles from Nevada City, that’s home to the town of North Bloomfield and the historic Diggins site. In the 1870s, hydraulic mining was touted as the new mining revolution – powerful jets of water stripped whole mountains bare in the search for valuable minerals. That ended in 1884 when the first environmental lawsuit in the U.S. banned hydraulic mining. The mines were closed, but you can still see a 600-foot canyon, eroded cliffs, and massive tailings piles at the state park, then stroll through a restored saloon, barbershop, blacksmith shop, general store, and former dance hall (now the park museum).

Just east of Bridgeport, you’ll find the Bodie State Historic Park, home to that abandoned town, the official gold rush ghost town. In the late 1800s, Bodie was a booming mining community with a red-light district, a Chinatown, and a saloon on every corner. Bodie once had a population of nearly 10,000. However, as the gold dwindled away, so did its citizens, until the town was almost empty. Today, you can walk the streets and peer into 100 or so perfectly preserved buildings: stores, hotels, an old church, and the simple homes of Bodie’s inhabitants. There’s even an old truck that was left behind at the turn-of-the-century gas station. The only inhabitants nowadays are park rangers, who’ll gladly take you on a tour of the town – but ask that you not take home “souvenirs.” 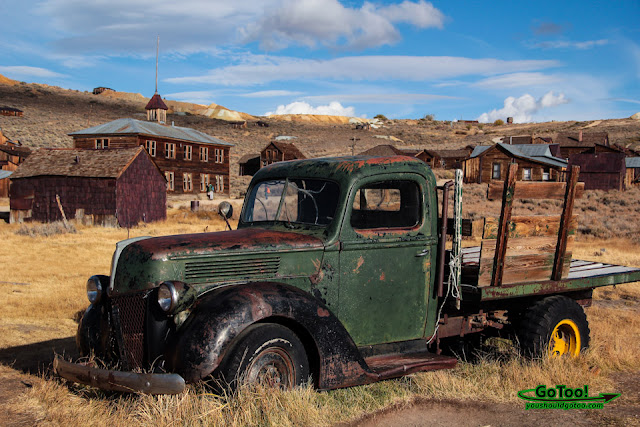 North of Trona, you’ll find the town of Ballarat. In 1898, the town’s population rose to around 500, and Ballarat boasted three hotels, seven saloons, a post office, and a Wells Fargo stop. After a couple of decades, the miners’ luck ran out and so did the miners. Today, you can find weathered ruins backed by the rugged Panamint Range.

The living ghost town of Randsburg saw its heyday in the 1890s, when gold, silver, and tungsten were discovered. In 1899, the population ran around 3,500 but today it’s more like 70. You can sample an ice cream float from the general store’s 1904 soda fountain and have a beer at the White House Saloon. The Rand Desert Museum offers a sampling of mining machinery, and a handful of antique shops may or may not be open on any given day. Randsburg is located south of Ridgecrest. 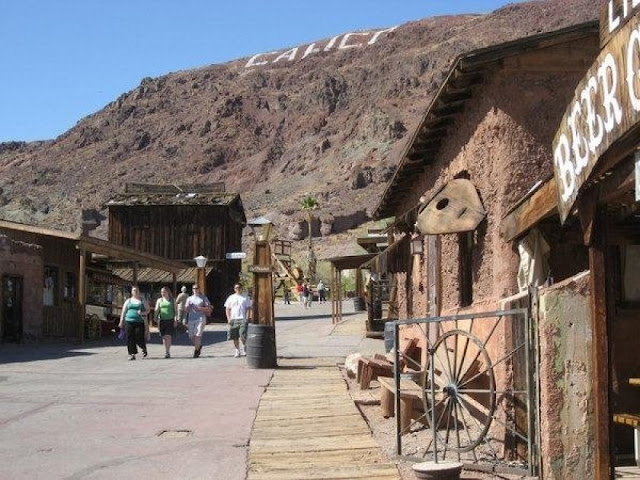 End your tour in the town of Calico, home of the state’s largest silver strike and 500 mines. After a pretty rowdy battle, Calico was declared the state’s official silver rush ghost town. It’s now a ghost town theme park, with attractions like the Calico Odessa Railroad and the Calico Mystery Shack (“amazing feats and confusing sights”). When you’re through riding the rails, you can pan for gold, browse the shops, and down a few sarsaparillas in Lil’s Saloon. On Saturday nights, you can take a ghost tour of the 1880s Maggie Mine. This is all due to Walter Knott (of Knott’s Berry Farms fame), who bought the town in the 1950s and restored the crumbling buildings. Many of the wood and adobe buildings are authentic, while the rest have been carefully added to replace those that were beyond repair.

California certainly isn’t the only state to house ghost towns, but it does have some interesting ones. Whether you prefer the pristine emptiness of Bodie or the enthusiastic show that is Calico, you can find something interesting in our 31st state.