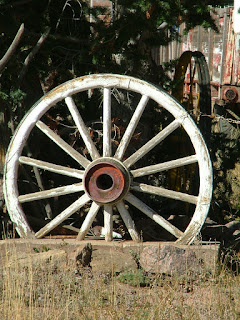 I decided to finish the last part of this set of posts on Colorado Lawmen with the men from some of the smaller towns. The links to the first two parts are in the following links.

Adolph E Cook was the marshal in the town of Como, Colorado. If records are correct he was born around 1855 in Poland. In 1882 he married a Mary Finn. The 1880 census shows his occupation as wheelwright.  In the news report of his death in 1894, they say he'd been elected City Marshal two years prior. The man who shot him claimed the marshal had come to his home and demanded he put his hands up. The man shot and killed Cook. This is the joy of research. Other news reports from 1888 have Marshal Cook arriving in Buena Vista, Colorado as a witness in the Dago Trial, which is another post) for having arrested one of the six men accused of murder. As more information about his death became known, the marshal had gone to the home of J.E. Streeter on a complaint of noise. Mr. Streeter shot the marshal and was sent to Canon City to be hanged, but the sentence was commuted to life in prison. 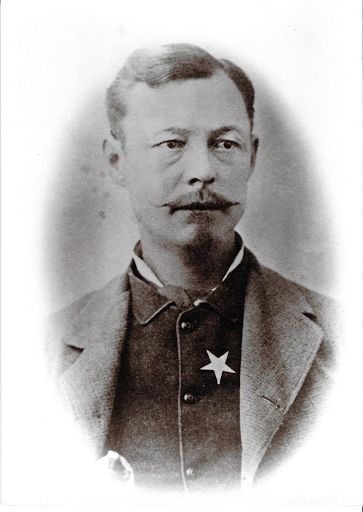 Salida, Colorado had Benjamen 'Baxter' Stingley as their City Marshal.The above image is from the Salida Archives.  He was shot and killed while attempting to serve a warrant on men wanted for stealing cattle. Stingley had gone to the Arbors Variety and Dance Hall to serve the warrant. The ensuing gun battle left the Marshal bleeding and he died shortly after the incident. There are a number of articles about Marshal Stingley. One such was that Stingley had been in an altercation where he was also shot, but the badge he was wearing deflected the bullet.

I will end with Jasper ' Jack' Ward, who had been marshal of Tin Cup, Colorado. According to one news report, Ward was an athletic man, standing 6'2" and weighing around 210 pounds. After the previous marshal had been shot and killed, Ward stepped in and pinned on the badge. In the recollection article, the writer said " Upon the invitation of the town authorities, Jack pinned on the star, and it is needless to say his powerful presence, magnificent courage, and ready use of the revolver made him master of the situation and the exodus of the aforementioned "bad" men from the particular locality soon became a stampede."

For more information on these men,