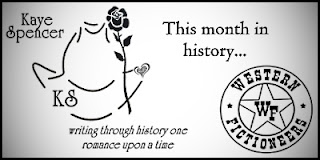 The Harvest Moon can occur in September or October. When the Harvest Moon is in October, the September full moon is called the Corn Moon or Barley Moon. The Harvest Moon is so named because in the olden days of traditional fall harvesting, this moon provided the much needed dusk-until-dawn illumination for people to work the extra hours in order to bring in the harvest.

The rule for determining which moon is the Harvest Moon is that it is the first full moon after the autumnal equinox.

The autumnal equinox this year, for those of us in the northern hemisphere, is September 22nd. Since the September full moon occurred on the1st,  that puts the next full moon on October 1st. As an added moon-bonus, there will be second full moon in October, which is called a Blue Moon. It will occur on the 31st. This Blue Moon is also the Hunter’s Moon.

How cool is that to have a full moon on Halloween?

According to the online Farmer’s Almanac, “…the first time a Halloween full moon has appeared for all time zones since 1944.” The ‘all time zones’ is truly rare, because a full moon on Halloween is less rare as it comes around about every 19 years according to an astronomical calculation called the Metonic Cycle.

The Farmer’s Almanac explains: …the Metonic Cycle was discovered in 432 BC by the Greek, Meton, of Athens. He determined that after 19 years have elapsed, the phase of the Moon will repeat on the same date. Well . . . not always. Because of slight variations in the Moon’s orbital period, and the number of leap days that intervene over a 19-year time span, the Metonic Cycle can be accurate only to within a day.

The ‘all time zones’ statement is problematic for me, so I searched for an explanation. The website Lunar Abundance offers this article, “Is it the full moon at the same time around the world?” You can read the article HERE.

I’m still unclear on this, but I don’t care. I like full moons, and when there’s a Blue Moon on Halloween, I’m happy as a little piggy in mud. I don’t need to understand how it can be viewed on the same day in all time zones. ;-)

A Blue Moon comes around every 2 ½ to 3 years. The last one was in March 2018. The phrase once in a blue moon doesn’t mean the moon is literally blue colored. It means it is something that happens relatively rarely in a lifetime.

Another way Blue Moons are determined besides being the second full moon in a month is when there are four full moons in a single season, the third full moon is the Blue Moon. For 2020, the October Blue Moon meets this second criteria, too. 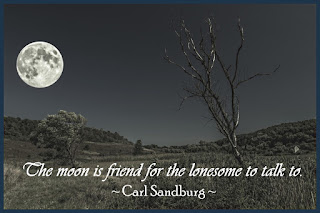 Here’s hoping for clear skies on Halloween for our viewing enjoyment of this rare Hunter’s Moon / Blue Moon.

Aside: With the ‘new and improved’ Blogger, YouTube videos tend not to show up when you’re reading from a phone. If you are so inclined, you can go to YouTube and watch this video. Search for Shine on Harvest Moon by Leon Redbone.


Until next time,
Kaye Spencer